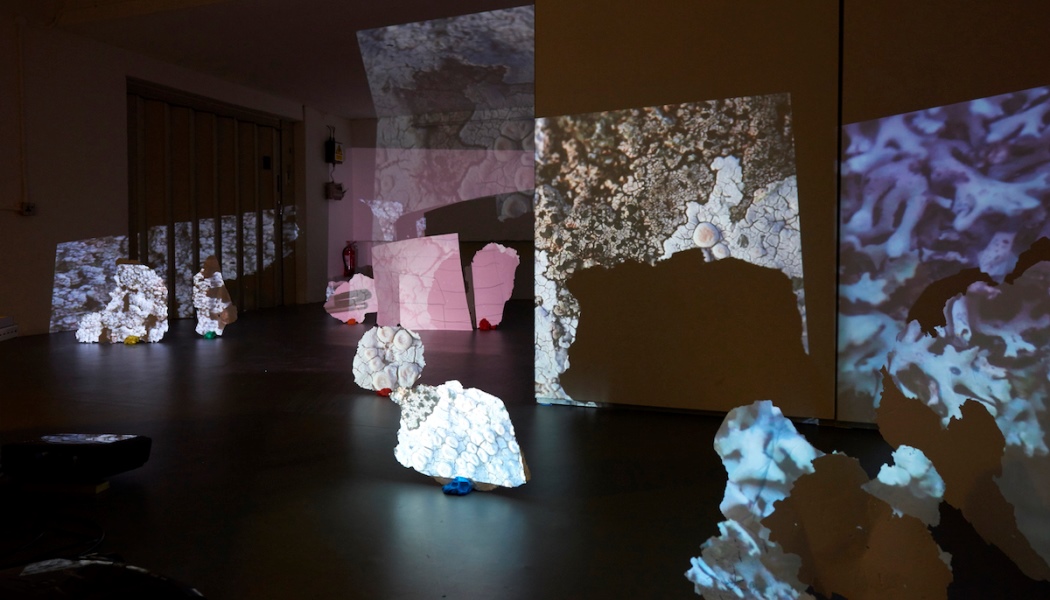 As an independent charity the Art Fund does much more than raise funds to aid acquisitions for the nation. It sets up initiatives that allow museums and galleries throughout the country to loan work, collaborate on projects and raise funds as well as offering grants to museum professionals and artists to further their careers.

What new initiatives and projects will the Art Fund be working on in 2016?

One of our brand new projects for 2016 is the Moving Image Fund, which helps regional museums collect, present and conserve artists’ film and video. The first recipients are the Towner in Eastbourne and the Whitworth in Manchester, who together have £400,000 to start building their collections, and we’ll be announcing the first acquisitions soon. It’s also the pilot of an innovative new public/private funding model, with the Art Fund and Thomas Dane Gallery collaborating to create the fund with generous support from philanthropists.

Helping museums acquire important works for their collections will always be at the heart of the Art Fund’s purpose, and we expect to be making individual grants totalling £4-£5m for acquisitions in 2016 – from as little as £200 to over £1m, and ranging from archaeological treasure to contemporary commissions. However, we’re also listening carefully to curators and museum professionals around the country, and want to redouble our efforts to respond to a variety of needs, especially in the training of the people who give our institutions their energy and brilliance. In fact it’s likely that over the next five years the fastest growing area of our charitable giving will be in this area. We’ll also continue to develop a range of existing funding streams, from the Ruffer curatorial research grants, for example, to the Art Fund Prize for Museum of the Year.

Last year the Art Fund launched its New Collecting Awards scheme – how has this enabled curators to bolster their museum’s collections?

The most talented curators across the country compete to receive our New Collecting Awards, which enable them to pursue new avenues of collecting for their museums and build their own critical professional skills. The latest winners range from Richard Parry, who is building a collection of light-based art for Blackpool’s Grundy Gallery, to Rebecca Newell’s exploration of the hidden histories of the British Army for the National Army Museum, London. Thomas Hockenhull is building a collection of coins from socialist countries for the British Museum, while, at Brighton and Hove’s Royal Pavilion and Museums, Jenny Lund is starting an inspiring new collection of artist’s moving image works.

The first round of winners are now making acquisitions, including a Björn Weckström for Lapponia ‘Flowering Wall’ necklace and earrings from the 1970s, purchased by Sarah Rothwell who is building a collection of northern European modernist jewellery for National Museums Scotland, and Charlotte Keenan has purchased a multi-media installation by John Walter (b. 1978), for Walker Art Gallery, Liverpool. Crucially, the New Collecting Awards are not only creating inspiring new art collections of art, but helping develop the star curators of the future.

Through our multitude of funding programmes across UK museums – covering acquisitions, curatorial research and development, exhibition touring, and much else we remain determined to continue to reward and invest in talent and ingenuity in all quarters. 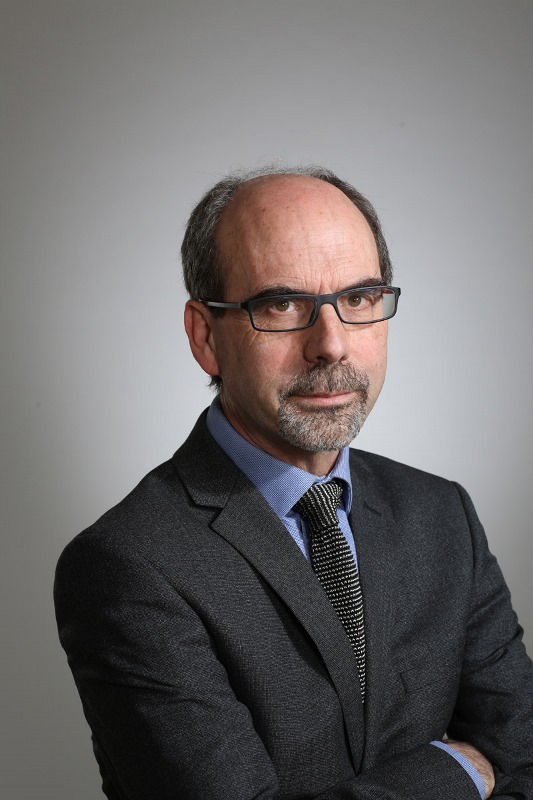 In what ways has the Spending Review affected the importance of the Art Fund’s initiatives such as the New Collecting Awards, Artist Rooms and Art Happens, which reach out to museums and galleries across the country?

We welcomed November’s announcement which maintained funding for the UK’s national museums and galleries at a level that represents a cut of only 5 – 7% in real terms (allowing for inflation), especially if this helps to maintain the provision of free admission. The funding for capital projects and for the Arts Council, including increased access to collections currently in storage and greater operational freedoms, was also hugely positive. With over 71 million visitors to the UK’s national and regional museums alone last year, there has never been a greater appetite for art and culture in the UK and we appreciate the government’s recognition by of the specific economic as well as wider benefits of the arts.

However, it is the decisions that are now being made by local authorities that will determine the fate of 94% the UK’s museums and galleries – the hundreds of institutions across the country that are already under-resourced and vulnerable. With announcements from Lancashire, for example, of the likelihood of five museum closures and charging admission for the remainder, we must work hard to ensure the survival of free cultural provision on everyone’s doorstep – beyond the relatively protected national museums and galleries.

So we’re doing everything we can beyond London. With the Art Fund and Arts Council’s support, Artist Rooms – the Tate/NGS/Anthony d’Offay touring exhibition initiative – has now been seen by millions of people since 2009, with 143 exhibitions from Aberystwyth to Orkney. Meanwhile New Collecting Awards is fuelling the growth of our regional collections, and the Art Fund’s free crowdfunding platform Art Happens gives museums and galleries everywhere the tools to fundraise for their latest projects. My aim is for the Art Fund’s support to multiply the impact and possibilities of museums, and increase access to art for everyone across the UK.

In these austere times do you feel that the Art Fund is in a better place than ever to champion not only the national museums and galleries, but smaller independent ones as well?

With over 680 partner museums and 122,000 members nationwide, the Art Fund, which is an independent charity receiving no support from government, is in a unique position. Through our multitude of funding programmes across UK museums – covering acquisitions, curatorial research and development, exhibition touring, and much else we remain determined to continue to reward and invest in talent and ingenuity in all quarters.   We work particularly closely with smaller organisations and can act as a strategic advisor, a broker for partnerships and support engagement with audiences.  Sometimes we can intervene when disaster looms, especially in relation to cuts and threatened closures. We cannot, of course, give direct help to every museum under threat, but we will lobby wherever and whenever we can. For, thanks to the support of our members and donors, the Art Fund not only has the resources but real moral and practical leverage as we press at a local level the very arguments that the Chancellor expressed at Westminster in November with such conviction:  that arts and museums are amongst “the best investments we can make as a nation”.  We act, not only as funder, but as a real champion for museums and the sector.

How important is the Art Fund’s role in launching fundraising campaigns and public appeals to save artworks and collections from leaving the UK?

During the past 12 years, the Art Fund has helped to mount public campaigns that have assisted museums in buying ten major works of art or collections worth a total of more than £70 million. We contributed around £5 million from our own resources, which acted as seed money for us to encourage thousands of public donations, large and small.   Some of these the works were subject to export deferrals (for example Raphael’s Madonna of the Pinks (1506 – 7), acquired for the National Gallery; the Macclesfield Psalter (around 1330) for the Fitzwilliam Museum; Turner’s The Blue Rigi, Sunrise (1842) for Tate; and Van Dyck’s Self-portrait (c 1640) for the National Portrait Gallery) and that created an urgent context for the campaigns.

What changes would you like to see to the UK’s export control system so the Art Fund can prevent more national treasures going abroad?

We’re deeply concerned by the flaws in the current export review process, designed to give public museums and galleries the opportunity to save important works of art from leaving Britain by allowing them to acquire these works if they can match the price. There are too many loopholes in the present system, which doesn’t adequately protect museums and can be exploited by those who stand to gain financially.

The Art Fund is asking for three key changes. First, that an export licence may only be applied for if there is demonstrable proof of a legitimate contract of sale to an overseas buyer.   Second, there must be legally binding commitment that the applicant for the export licence can’t withdraw from the review process before its completion, and must accept a matching offer from a museum if one is made within the agreed period.   Third, the system should be conducted with much greater transparency in all respects. Once we have these improvements in place we’ll know Britain has a proper system for protecting our nation’s treasures and the public good.

The Art Fund’s Edible Masterpieces is a campaign that seems to capture people’s imagination – how much was raised last year and how is the money distributed?

It was certainly fun, and an unusual and original way of raising money for UK museums and galleries. Entries have ranged from chocolate Giacometti figures to Anthony Gormley gingerbread men, and this year’s winner was a homage to Michelangelo’s The Creation of Adam in the Sistine Chapel rendered in satsuma segments. It has delivered thousands of pounds to projects around the country and, almost as importantly, it has given hundreds of creative people across the country the opportunity to turn their talents to the national good!