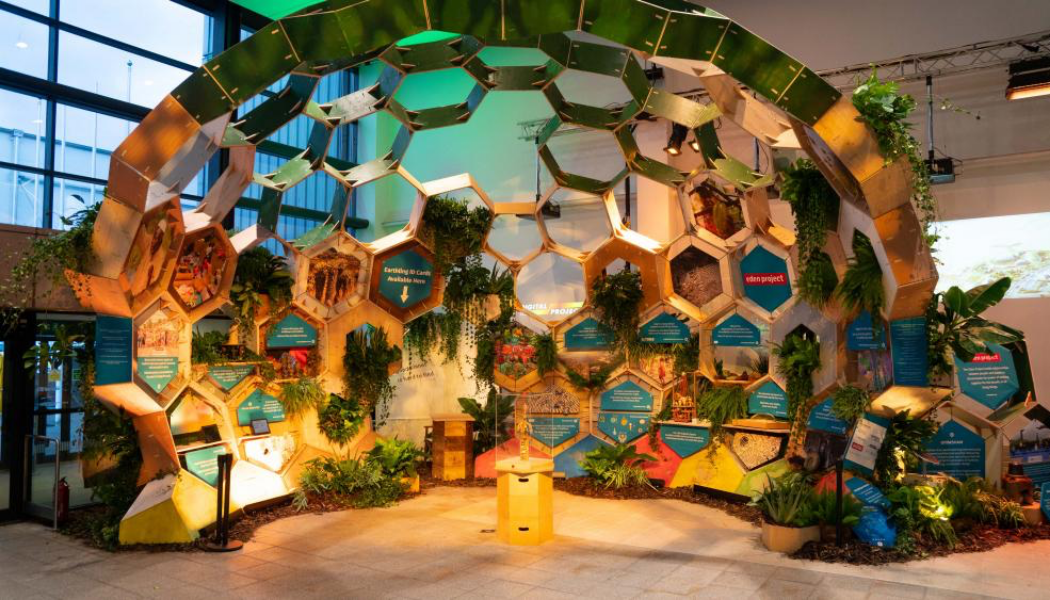 The plans add to an ambitious portfolio of new locations around the world, part of its goal for a location on every continent.

The Eden Project has announced its first plans for a location in South America as it reveals a planned site in Colombia’s Meta region.

The expansion plans are part of Eden’s goal to have a location on every continent and add to a portfolio of planned international locations including China, America, Australia, New Zealand and Chad.

In the UK, planned locations include a new site in Dundee, Scotland which could be built on the former Dundee Gasworks, and Eden Project North in Lancashire, both set for 2024. Dorset has also been announced as a further UK location.

Plans for Eden Project Colombia were revealed at an event held on the first day of the COP26 global summit, during a visit to the Eden Project’s Pavilion in the Scottish Exhibition Centre (pictured above), which was attended by British and Colombian dignitaries.

Colombian President Iván Duque was among those in attendance at the event.

The Eden Project International team will work alongside the Colombian Ministry of the Environment and the Humboldt Institute to establish how an Eden Project in the Meta region of Colombia might look. The process will include the early stages of site investigation and vision development, with the first phase expected to be completed by the end of 2021.

President Duque said: “The opportunity to bring such an influential and iconic institution as Eden Project to Colombia is testament to the work we have done to better understand and promote our outstanding biodiversity and sustainability, including pledging some of the most ambitious net zero carbon emission and net zero deforestation targets in the region,” said Duque.

“Today’s announcement is also a reflection of the powerful partnership that exists between the UK and Colombia, and we hope that this new project will foster stronger ties between our two countries, including around ecotourism, research, environmental education and orange economy.”

International Chief Executive, David Harland added: “We are excited to start this journey of discovery together to explore the creation of an Eden Project for Colombia, and the high level attendees at today’s event reflects just how important this is for both countries.

“Colombia is a country of huge natural world riches and is one of the most biodiverse countries in the world, as well as having varied cultures and a rich history. We relish the opportunity to work in such an incredible environment and look forward to working with our partners to bring the Eden message to South America for the first time at scale.”