As the new CEO of the RAF Museum Maggie Appleton will be responsible for leading the Museum through a major period of transformation in terms of infrastructure, exhibitions and activities which will also cover the period of 2018 which marks the Centenary of the RAF.

Appleton brings more than 20 years’ experience in the heritage sector and is passionate about the difference that museums and culture can make to people’s lives and, after beginning her heritage career at the Royal Armouries (when it was based in the Tower of London), she focused her work in community museums, at Stevenage (1991 – 2003) and in Luton (2003 – 2008). 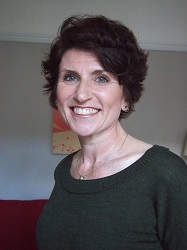 Maggie Appleton MBE has been appointed CEO of the RAF Museum

She has led significant heritage initiatives and developments, notably the £6.2million development of Stockwood Discovery Centre which opened in July 2008, and securing the medieval Wenlok Jug for Luton and the nation after it was export stopped in 2006.

“I am thrilled to join the RAF Museum’s team in the run up to the RAF’s centenary in 2018. The opportunity to lead a National Museum with collections of international importance telling stories of global significance is a huge privilege,” she said.

Since August 2008, Maggie has been the Chief Executive of Luton Culture, a values-led charity that comprises museums, arts, libraries and community centres. Maggie is currently a Heritage Lottery Fund Committee Member for the East of England and a Board Member for the Museums Association.

In 2012, Maggie Appleton received an MBE for Services to Museums and Heritage.