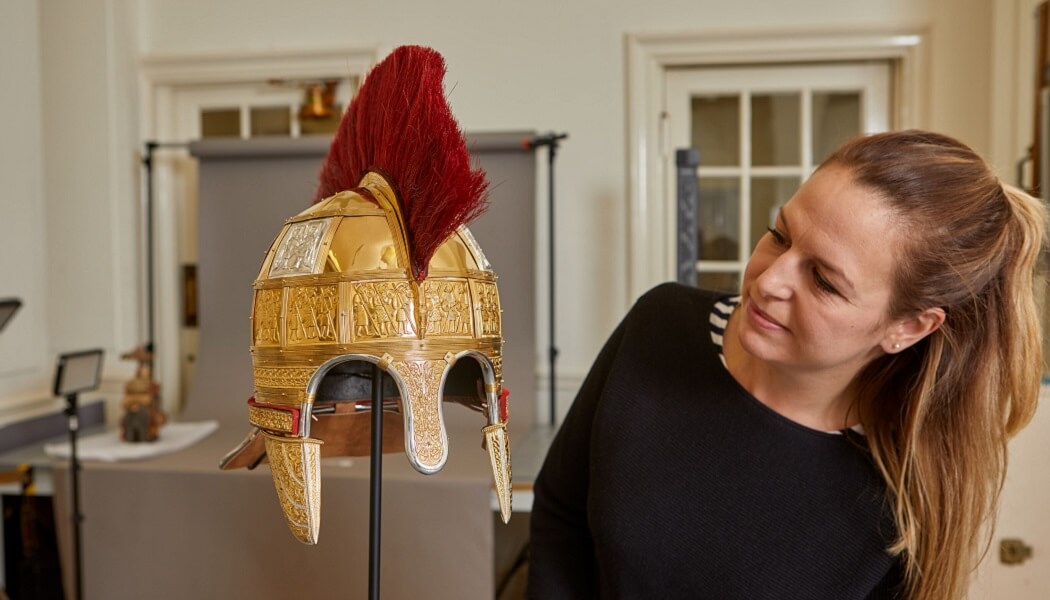 The Staffordshire Hoard: The Midlands marks a decade of Anglo Saxon heritage

Today marks ten years since the largest ever discovery of Anglo Saxon gold and silver was unearthed in a farmer’s field near Lichfield in Staffordshire.

The Staffordshire Hoard, as the collection became known worldwide, has been seen by millions of visitors in the past decade. Now, to mark its tenth anniversary, the treasures will be on show in a new format across the Midlands.

When first discovered, The Staffordshire Hoard attracted over 40,000 visitors in three weeks to a debut temporary exhibition at Birmingham Museum & Art Gallery. At subsequent exhibitions the number continued to snowball. A decade on and the Anglo-Saxon items continue to entice healthy visitor numbers to the aforementioned institution and the Potteries Museum & Art Gallery.

The Hoard is owned by the city councils of Birmingham and Stoke-on-Trent, and is perpetually cared for by Birmingham Museums Trust and The Potteries Museum & Art Gallery.

There are around 4,000 fragments and artefacts within the Staffordshire Hoard collection, all of which were believed to have been crafted between the mid-sixth and mid-seventh centuries AD. While fragmented and damaged when discovered, archaeologists believe there remains nothing comparable in terms of content and quantity anywhere in the UK or mainland Europe.

Duncan Wilson, Chief Executive of Historic England, said the “astonishing discovery in 2009” has fed into a decade of research – some of which has been funded by Historic England – to help understand “what our ancestors were capable of”.

Wilson added that the “range of fascinating objects discovered has given us an extraordinary insight into Saxon craftsmanship and culture” and said the organisation is “delighted that so many millions of people have been able to see the intriguing artefacts for themselves, and the revamped exhibition will mean many more can learn about the discovery and life in England over 1,300 years ago.”

To mark the tenth anniversary of the find, events have been scheduled across the Midlands.

The items on display across the region include an original cheek piece from the Staffordshire Hoard Helmet, a pectoral cross and a pommel cap.

“The public’s interest goes beyond the museum displays; the Staffordshire Hoard has become part of the region’s shared history,” noted Toby Watley, Director of Collections at Birmingham Museums Trust. “From the queues that formed when the first pieces went on display, to the reveal of the replica helmets last year, the collection has captured the public’s imagination and showed the impact that museum objects can have.

“With the research still to be revealed, the Staffordshire Hoard will continue to bring history to life and inspire generations to come.”

Decolonisation among plans for Potteries Museums and Art Gallery development