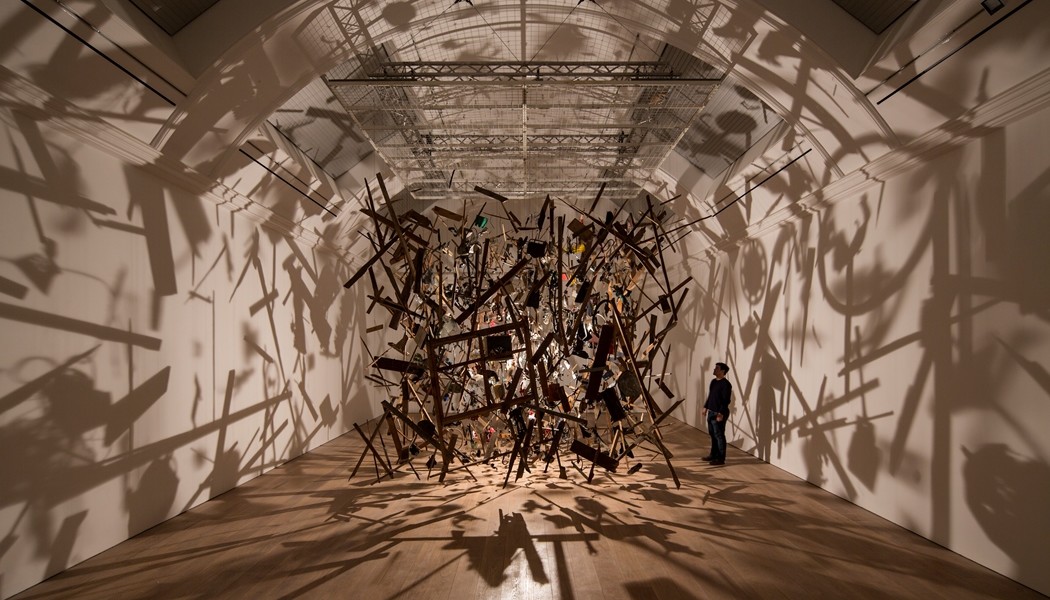 The Whitworth Art Gallery wins Museum of the Year 2015

The £100,000 Art Fund Prize for Museum of the Year is the biggest museum prize in the world and the largest arts award in Britain. the Whitworth’s Director, Maria Balshaw, accepted the Award from novelist Ben Okri at the ceremony at Tate Modern.

The judges said the Whitworth is an impressive institution that has cemented its place at the centre of the cultural national stage. Through its impressive £15m reinvention, the Whitworth has redefined the way that it engages with its public, connecting the building and surrounding park to create a space with a strong sense of openness and invitation. The appeal of the newly-developed building (designed by architects MUMA) combined with the creativity and originality of its outreach programmes during closure resulted in record-breaking visitor figures following its reopening. From the director Maria Balshaw to its ‘cultural park keeper,’ the Whitworth is led by a visionary team committed as much to the needs of the local community as to the celebration of international artists. It is a truly modern building that has established its place at the heart of the city.

Stephen Deuchar, chair of the judges and director of the Art Fund, said: “The transformation of the Whitworth – architecturally, curatorially, and as a destination – has been one of the great museum achievements of recent years. Its galleries offer intellectual, visual and creative stimulus of the highest order; the collections are innovatively presented, the community engagement programmes are both original and unusual, and the visitor experience is exceptional throughout.  We were particularly taken with the relationship between the reconceived building and its surrounding park:  museum, locality and community merge as if one.  And in a wider sense the Whitworth has changed the landscape:  it truly feels like a museum of the future.”

The Museum of the Year 2015 judges were: Stephen Deuchar; Michael Landy, artist; Alice Rawsthorn, design critic and author; Fiammetta Rocco, books and arts editor of The Economist, and Axel Rüger, director of the Van Gogh Museum in Amsterdam.

Earlier this year Advisor went behind the scenes to take a look at the transformation of the Whitworth, watch our video now and check out our special report.