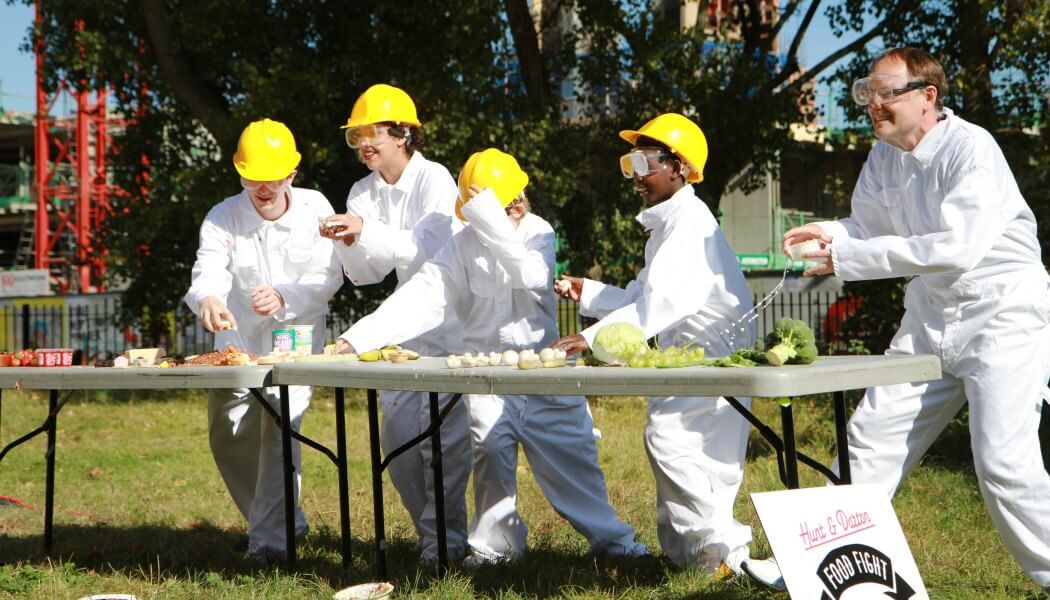 The nationwide Fun Palaces encouraged local groups to come together and invite their communities to take part in fun-filled activities revolving around the theme ‘everyone an artist, everyone a scientist’.

This was testament to the Fun Palace ethos that has its origins in 1961 with theatre director Joan Littlewood who imagined a fun palace where people could get involved or watch a whole range of activities of their choosing. It had added resonance as it would have been Littlewood’s 100th birthday on Monday.

Stella Duffy, co-director of Fun Places, attended nine events during the weekend in the south east and said she was taken aback by the numbers and the level of enthusiasm shown by young and old.

“This has all been a dream for so long and we have now seen it in action and it is great that we can share it online,” she said. “It just went incredibly well, so many people are wanting to set up an event for next year so the momentum has already started. The number of participants was fantastic and when people went to a Fun Palace they took part. Everyone is recording at least double the amount of people they had expected.

At one primary school they were expecting 250 people and 750 turned up that was despite the rain on Saturday. 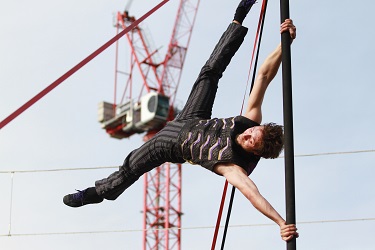 Acrobats were some of the more spectacular sights over the weekend

On the Saturday Duffy was at the Oval House Kennington where they held a theatre event and then it was on to the Southbank Centre where Jude Kelly was talking about the history of Fun Palaces. Following that she moved on to Bexley Primary School where some of the teachers had knocked on doors in the neighbourhood to invite people who had nothing to do with the school to come along and join in.

“They had a painting room where an old lady said she expected all the children to be on their iPads but the kids were excited to get involved with hands on stuff and grown up and children were sat working together.” 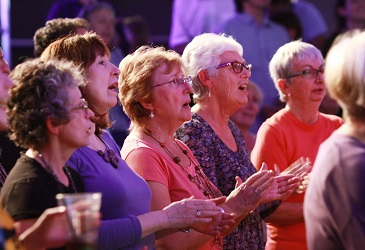 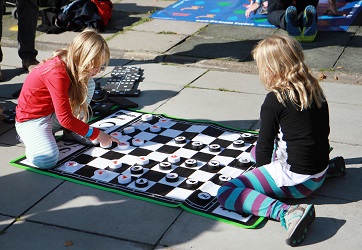 “So the Fun Palace made it possible for a six year old to sit next to a 65-year-old that wasn’t a grandparent and create together – and I held a snake for the first time in my life,” she said. 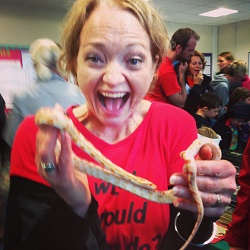 Moving on to Deptford they had events in several different parts of the town organised by 10 different groups, these locations included the library, Albany Theatre, town square and market where dance and giant murder mystery hunts were par for the course.

Then Duffy moved over to Greenwich where Greenwich Dance were performing Kaylee. There was also a memory room where you got a free cup of tea for sharing a memory. “One of the teachers said that normally they teach kids and adults separately but they would be doing more of the mixed classes in future and that that it was now a barometer of their outreach,” she said.

On Sunday she was out in Whitstable’s Museum of Fun where they were supposed to start at 10.30am but by 9.30am there were scores of participants ready to get going. Here Duffy watched a phycologist conducting experiments on how the brain works.

Following this the intrepid art-maker moved on to Sheerness on the Isle of Sheppey where the Kent Cultural Baton had organised a Flying Fun Palace.

“This was a mixture of arts and crafts in the building of flying objects and then the science and how to make them fly the furthest,” she said.

From Kent it was a return to the Southbank Centre where she was part of a talk on architecture and how buildings can make us happy.

And finally she made it to Brockwell Lido where 2,000 people, including a few mermaids, had rocked up to swim, kayak and learn about the physics of swimming. 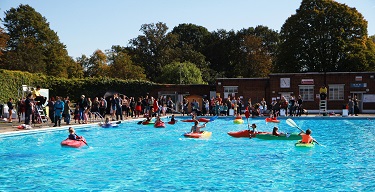 “It was an amazing experience where all kinds of people were organising amazing Fun Palaces, getting stuck in and having fun,” she said. “I had such an amazing email from a lady who had organised the Luton Fun Palace and who said it had changed her life as she never thought she could organise such an event and how successfully it had gone. I have been involved in the arts for 30 years and we don’t risk failure as much as they do in the sciences. We have been the catalyst for this but it was the people’s imagination and willingness to get out that made it happen.”

Plans are now under way for 2015’s event which will take place on October 3 and 4.