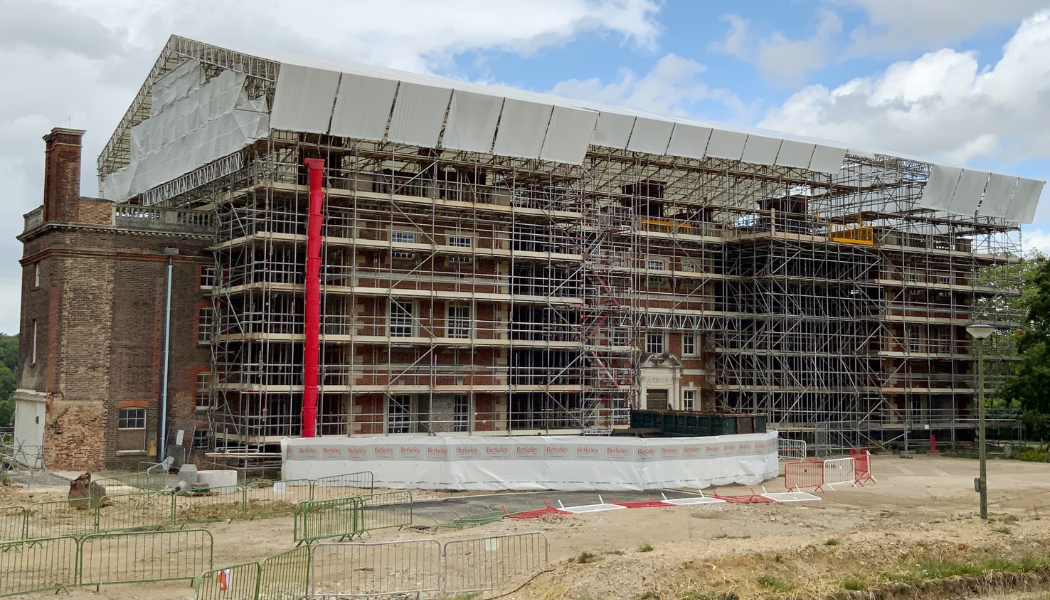 Funding from the National Lottery Heritage Fund will see the creation of a new website and digital museum for the Hall, home to the ‘Secret Listeners’ of World War II, ahead of its reopening.

Funding for a new ‘digital museum’ has been secured by the Trust currently developing Trent Park House in North London.

The Digital Museum project, backed by £225,000 from theNational Lottery Heritage Fund, is hoped to generate awareness and provide access to the House’s hidden histories. Specifically, the stories of the ‘Secret Listeners’, a group of German and Austrian refugees who were recruited by British intelligence to spy on prisoners based at the Mansion.

The Trent Park Museum Trust said that as material on the clandestine operation becomes declassified, important information about the House – and stories from the Second World War, are now being revealed.

We are thrilled to have been awarded a grant from @HeritageFundUK which will allow us to set up a digital museum whilst capital project works are ongoing. Watch this space for further developments! 🎉🎉🎉#HeritageIsOpen https://t.co/m0WPYxLFLK

The funding will fuel the creation of the digital museum and a new website – featuring findings, interviews and schools learning resources, alongside pilot workshops for local primary and secondary school pupils, and the recording of the oral histories of the families and friends of Secret Listeners and others linked to the House.

The Trust is currently in the process of restoring Trent Park House across the restored stately rooms on the ground floor and the basement of the Grade II listed mansion house. It has provisionally laid out plans for an opening in Spring 2024.

The Trust is currently recruiting for a Digital Museum Project Steering Committee and new Trustees.