A new modern art museum has opened its doors in Turkey. The structure would be a striking addition to any urban landscape, let alone that of a town in the Middle Eastern country’s Central Anatolian region.

Odunpazari Modern Museum, or OMM as it’s better known to those who’ve worked on the project, will display artworks from the past 70 years in its brand new 4,500m² gallery space designed by V&A Dundee architects Kengo Kuma and Associates.

Situated in Eskişehir, a university town in northwest Turkey, the newest museum on the nation’s cultural map was founded by art collector and businessman Erol Tabanca. OMM will host permanent and temporary exhibitions of modern and contemporary art, ranging from the 1950s through to present day.

Tabanca said it was his “privilege” to establish the museum for the region and to “open up the collection to visitors all over the world to enjoy”. OMM, he continued, “will stand as a new landmark that reconnects the town with its history, and as a progressive cultural development for Eskişehir and the Central Anatolian region at large”.

As Dundonians discovered in 2018, Kengo Kuma and Associates’ designs are seldom boring. OMM’s aesthetic has a similar impact to V&A Dundee’s waterfront structure, with a distinctive stacked timber design housing around 4,500m² of floor space.

Just as the architecture firm’s designs for V&A Dundee were influenced by the heritage of its dockside location, the architect drew inspiration for this project from Odunpazari’s traditional Ottoman wooden cantilevered houses and the town’s historic wood market.

The museum comprises a three-storey exhibition space wrapped around a central skylit atrium which means every part of the building is illuminated with natural light.

OMM will look to collaborate from day one, both with organisations local and global. Multidisciplinary exhibitions, many of which will be produced in collaboration with curators and creatives from around the world, and permanent galleries will be open year-round to visitors, alongside a programme of seminars, artist talks and workshops.

The museum will also work with other nearby cultural institutions to establish a museum square and public meeting place in the town. 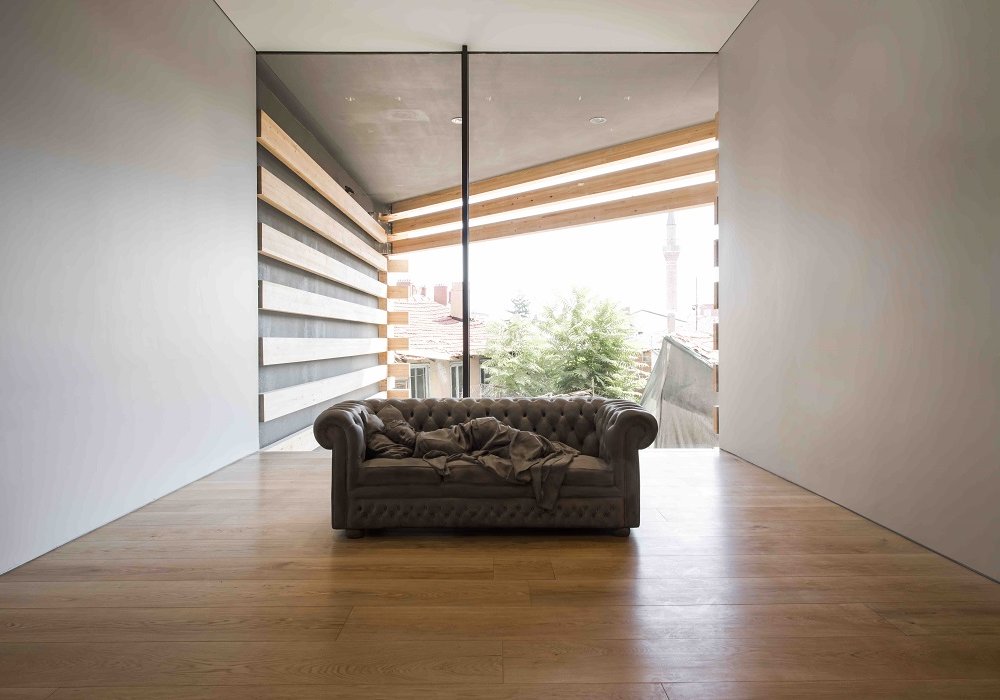