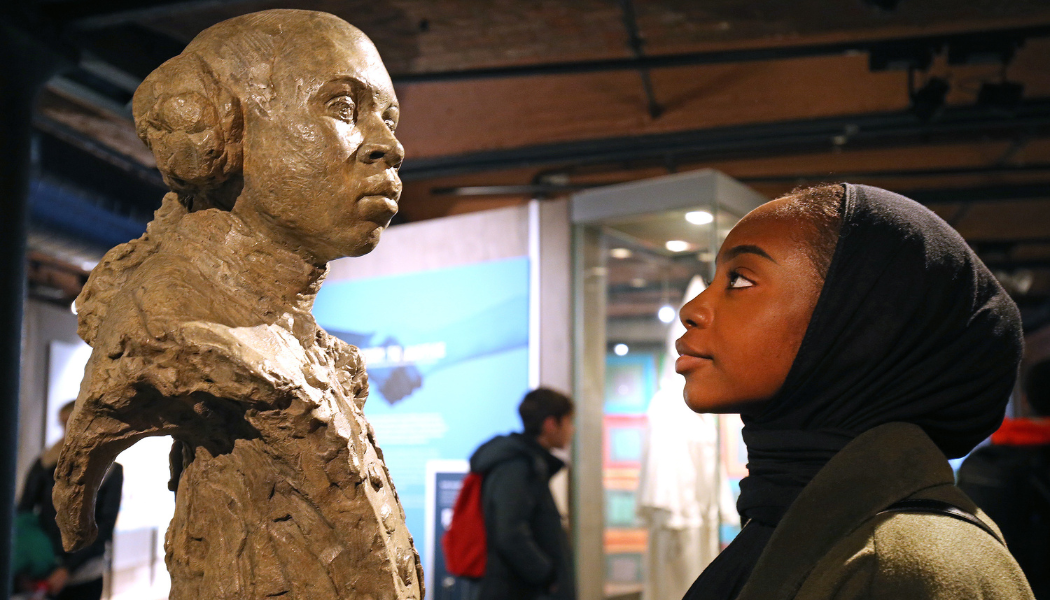 UK museums are gearing up for Black History Month this October, as they reveal their plans for exhibitions and events in celebration of African and Caribbean culture, arts and history.

National Museums Liverpool has announced its 2022 programme, which includes a special after-hours event at the Walker Art Gallery on 14 October, developed in partnership with The Goddess Projects.

It said the event will encourage visitors to consider some of the artworks in the Walker’s collection and “how we can reclaim the space today through life drawing”.

Participants in the event will take part in life drawing sessions with models who it said are “more representative of contemporary bodies and society – aimed at reflecting the power and strength of Black women”.

Other events include family crafting across Museum of Liverpool and Maritime Museum, a new exhibition of artwork by Merseyside schoolchildren celebrating great Black Britons at International Slavery Museum, and explorations into medical racism at Museum of Liverpool.

Matt Exley, Participation Producer at National Museums Liverpool, said: “Our yearly celebrations for Black History Month are an important part of NML’s calendar and help us to continue building on our year-round activism – from our work on Slavery Remembrance Day, to LGBT+ History Month, to International Women’s Day, it is of the utmost importance to NML that we continue to advocate for and represent voices that often go unheard.”

The film was jointly acquired in partnership with Glasgow Museums in 2019, and uncovers the undiscussed story of the Commonwealth soldiers who volunteered to fight in World War I. A series of online talks are also taking place, hosted by M-Shed and Bristol Museum & Gallery.

The Museum of London will celebrate the event with a programme of readings, talks, tours, and activities.

Producer and Founder Winnie Imara will be running adult and family workshops on Saturday 15th and Saturday 22nd October about inspiring London-based Black women in history, linked with creative writing and arts and crafts.

A series of short talks, tours and poetry readings will be held at the museum throughout the month, highlighting individuals and histories, including Dido Belle, Mary Seacole, Windrush stories, the Brixton riots, Punk and more.

The museum is also hosting an after-hours curator talks programme, exploring different eras in the city’s history, from Prehistoric times to the present day, which will feature Senior Curator Francis Marshall and Senior Curator Rebecca Redfern.

Into November, the museum will host writer Yomi Sode and poet and director and inaugural young people’s laureate for London Caleb Femi for an evening of poetry readings, a screening and a discussion connecting poetry and grime.

Celebrations to launch Black History Wales will take place at St Fagans National Museum of History on 1 October 2022. Amgueddfa Cymru in partnership with Race Council Cymru mark the celebrations with a day of events on the theme of Young People, the Time is Now! The day will celebrate the history, culture and contributions of people of Black-African and African Caribbean heritage, through music, performances and art. There will be a Black History Wales marketplace with produce for sale and food tasting from African and Caribbean pop-up stalls.

Nia Williams, Director of Learning and Public Programmes, said, “We’re delighted to be working in partnership with Race Council Cymru to host a day to showcase the best of Black History Wales at St Fagans.”

Exhibitions and Events Officer Heather Carroll will lead a tour of Thomas Stuart Smith’s portraits of black sitters, including the stories behind the paintings of three unknown black men and how they represent complex portraits of race in Victorian Britain.

The Jewish Museum London will celebrate two important women in the Tanakh – Zipporah, wife of Moses and the Queen of Sheba. From 23rd – 27th October, those booked will bake bread inspired by Black Jewish cuisine, handle objects linked to Black Jewish Communities and find out more about the history behind these objects. The museum is also offering a tour that will reveal objects in its collection that reflect Black and Jewish history, “exploring the role of ‘Blackness’ in religious texts, the impact of allyship between communities, the intersections of Black and Jewish identities and much more.”

At the British Museum, a Black History tour will be led Black History Studies. Taking place 16th October, the tour is designed to ‘inspire, engage and educate the community on the artefacts held in the British Museum on African History with the aim to inspire interest in this area of study for future generations.” Highlighted during the tour will be the Bronzes of Benin and artefacts in the Egyptian Gallery.

The Bank of England Museum will hold an event on 20th October to open its exhibition ‘Slavery & the Bank’, which will explore the history of transatlantic slavery through its connection with the Bank of England and the City of London. The event will feature an archive table of original documents, a curator-led tour and a talk from Dr Michael Bennett, exhibition researcher for the exhibition.

The David Livingstone Birthplace Museum will host an event organised by Scottish-Zimbabwean artist and researcher Natasha Thembiso Ruwona in a two-day event over October 22nd – 23rd. ‘Our Stories Between the Myths and Memories’ brings a host of creative practitioners from the African Scottish diaspora to the Museum for storytelling through fiction, history, poetry, dance, music and workshops.

At the Horniman, a range of displays and events during October include its free display, Intimate Archives. Running until November, the display is said to offer “a window into African diasporic social experiments, rituals, and practices of hair care” with an assemblage of personal and found collections, Horniman Museum archives, and artistic collaborations.