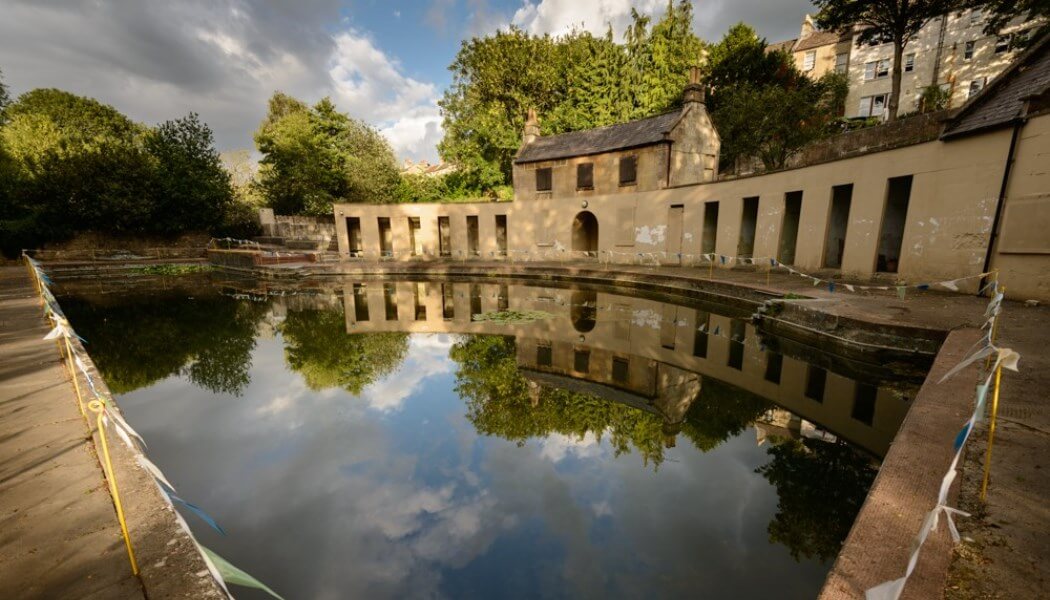 Main Image: Cleveland Pools in Bath are in a state of decay but will now be restored and brought back into community use
Share

The restoration project of Cleveland Pools in Bath, which is a 203-year-old Grade II* listed Georgian lido, will see the site reopen to the public for the first time in more than 30 years following a Heritage Lottery Fund (HLF) grant

The restoration project will conserve the Georgian features and upgrade the facilities to allow for year-round swimming and community activities. The project will also bring the historic stories of the pools to life, including that of the eccentric swimming teacher Captain Evans who lived on the site with his pet baboon and would entertain visitors by being hoisted 30m into the air and diving into the pool wearing a top hat to cushion his entry.

First opened in 1815 following the Bathwick Water Act, which prohibited nude bathing in the river, Cleveland Pools has been closed since 1984, when the site was turned into a trout farm, and has since deteriorated, being placed on English Heritage’s ‘Heritage at Risk’ register. 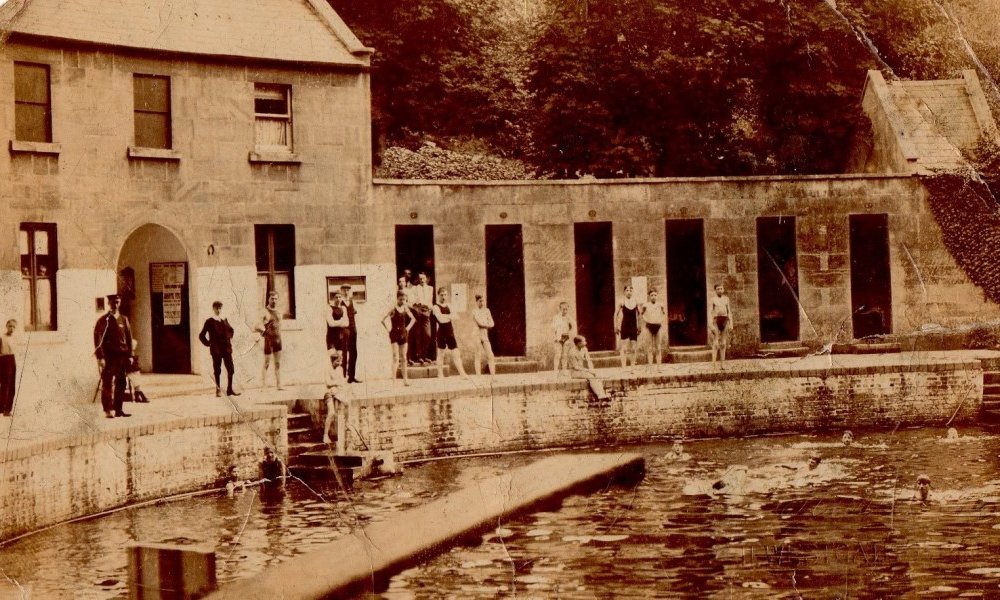 The Cleveland Pools Trust community group has been working since 2003 to facilitate the restoration of the Georgian lido and bring it back into use, encouraged by the families and children on the Bathwick estate and wider area who have been enthusiastic about seeing its revival. Olympic swimmer Sharron Davies MBE, has also been a long-time supporter and patron of the project

The HLF grant will cover a significant amount of the projected £5.7m restoration with The Trust already raising £800,000. Bath & North East Somerset Council, as landowner, has also worked closely with the Trust, supporting it with a limited amount of grant funding and backing for its restoration scheme and HLF bid.

“After 14 years hard work the Trust’s efforts have finally succeeded in guaranteeing the future of this unique place and community asset,” said Paul Simons, Chair of the Cleveland Pools trustees. “The Trust is most grateful to the Heritage Lottery Fund for its support and belief in the scheme. Our thanks also go to the many hundreds of volunteers who have worked tirelessly to get us to this point, and the thousands of others who have expressed their support for the scheme over the years.” 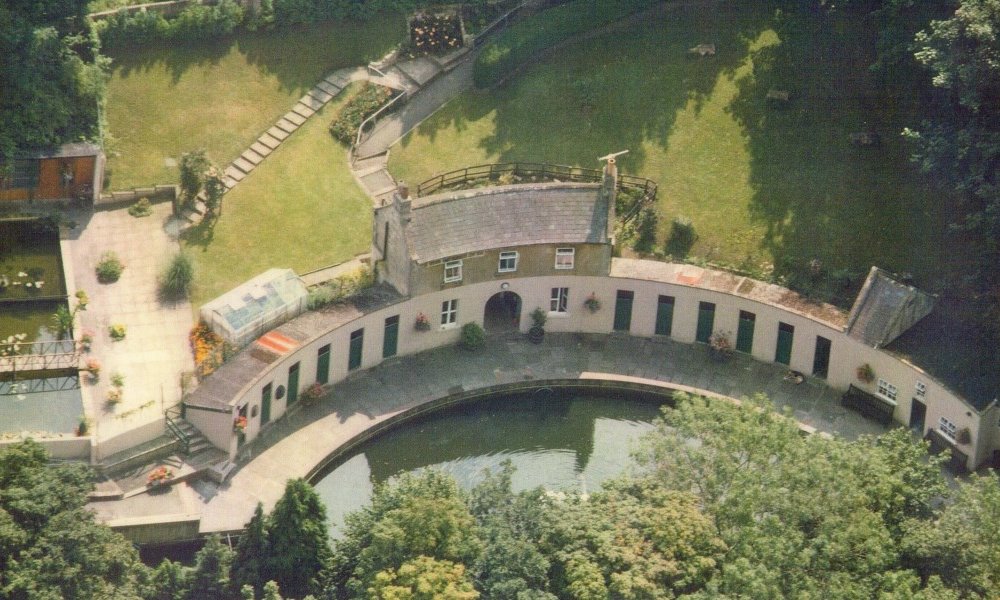 The site – which is located 1.7km from the Bath Spa train station and close to The Holburne Museum, also a Georgian architectural gem – is the shape of a miniature crescent, referencing Bath’s renowned architecture of the time and includes two bathing pools, the original changing rooms and a private ladies pool.

The plan is for the pools to be naturally treated and heated using the latest technology, and when complete, there will be a 25-metre swimming pool, children’s splash area, pavilion and café for the public to enjoy. 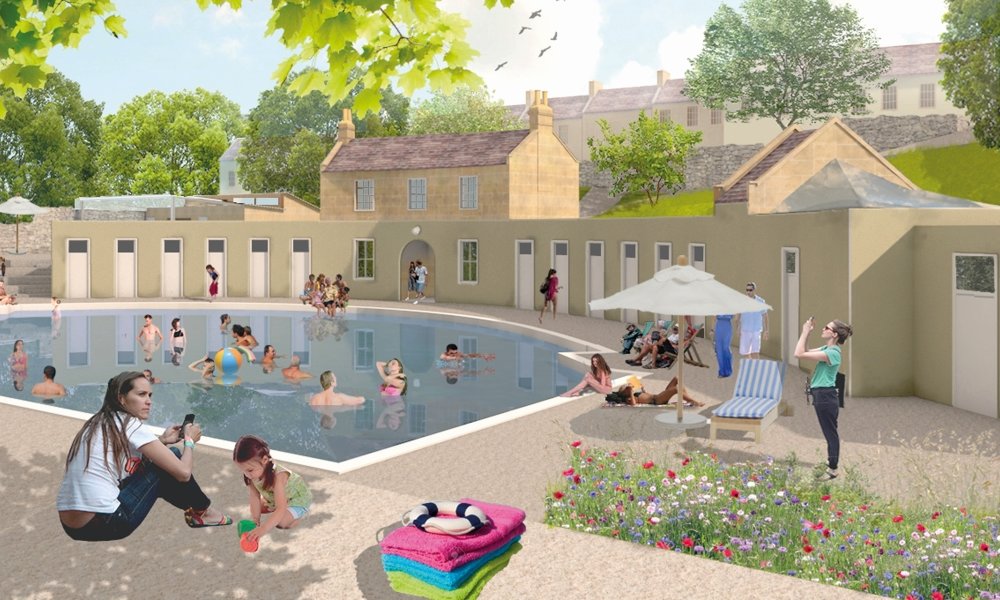 Ros Kerslake, Chief executive of HLF, said: “[This is an] outstanding project which will see this unique Grade II* lido restored and re-opened so that the community can enjoy access to its open air pools in a spectacular heritage setting. It seems particularly appropriate as the pool was originally funded in Georgian times by public subscription”

The Cleveland Pools Trust is also a member of Historic Pools of Britain, which was established in 2015 to represent indoor and outdoor pools that make a significant contribution to Britain’s heritage and also play an important role in their communities. The website is a mixture of in-use and neglected pools, which include two Edwardian baths fighting for survival, the partially in-use Moseley Road Baths in Birmingham and Victoria Baths in Manchester.

Earlier this month HLF announced £5m funding to restore Templemore Baths in Belfast, which was the last public bath to open in the city in the late 19th century. It provided washing and sanitary facilities for the families who came to live in the area, attracted by the  Harland and Wolff shipyard and other engineering enterprises in the east of the city.