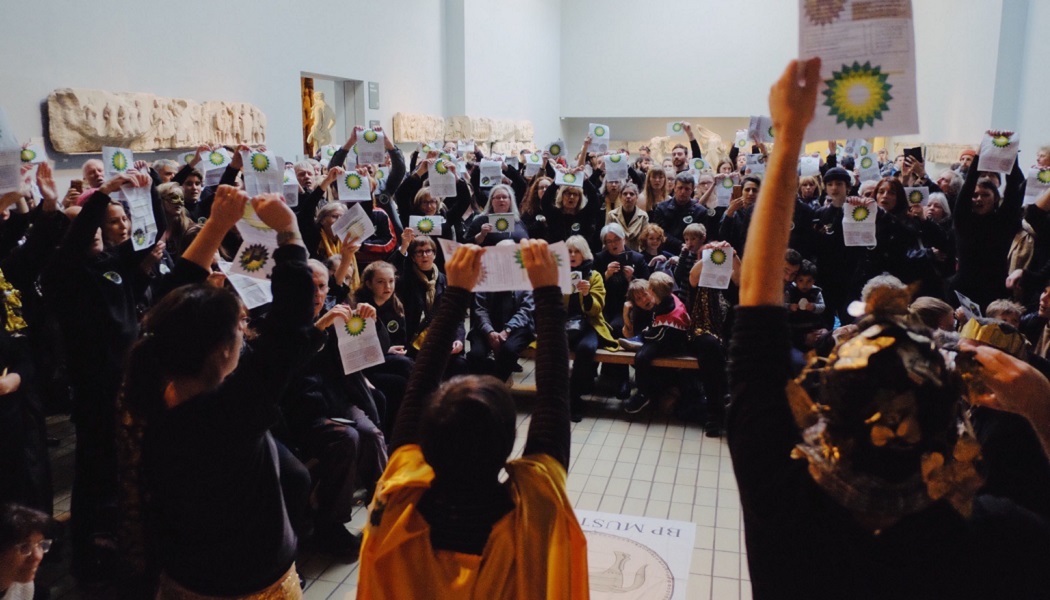 The PCS Trade Union, which represents workers at the British Museum, has issued a statement supporting protesters who held a 51-hour demonstration at the institution this weekend.

A PCS statement made public following last weekend’s demonstration states that the British Museum “owes it to its staff, its visitors and its future to play a responsible role in the greatest challenge facing society”.

Concluding in provocative fashion, the open letter asserts: “Every day it continues to endorse BP it collaborates in their ecocide. This must end.”

Workers at the @britishmuseum support the #BPmustfall protest & issue a statement co-signed by former Trustee @asoueif
"As a public institution, the British Museum owes it to its staff, its visitors… to play a responsible role in the greatest challenge facing society." pic.twitter.com/MUmcqi6hxp

The statement was co-produced with the PCS Culture Group, which represents employees at thousands of museums across the country. It was also co-signed by former British Museum trustee Ahdaf Soueif, who resigned last summer citing BP sponsorship as a reason.

“Cultural institutions have a moral responsibility in who they choose as partners,” Soueif said. “It’s time for the British Museum to respond to the legitimate and pressing concerns of young people across the planet. It’s time to drop BP.”

Clara Paillard, president of the PCS Culture Group, added that oil sponsorships represent the “creeping of commercialisation into our publicly-funded cultural institutions”. 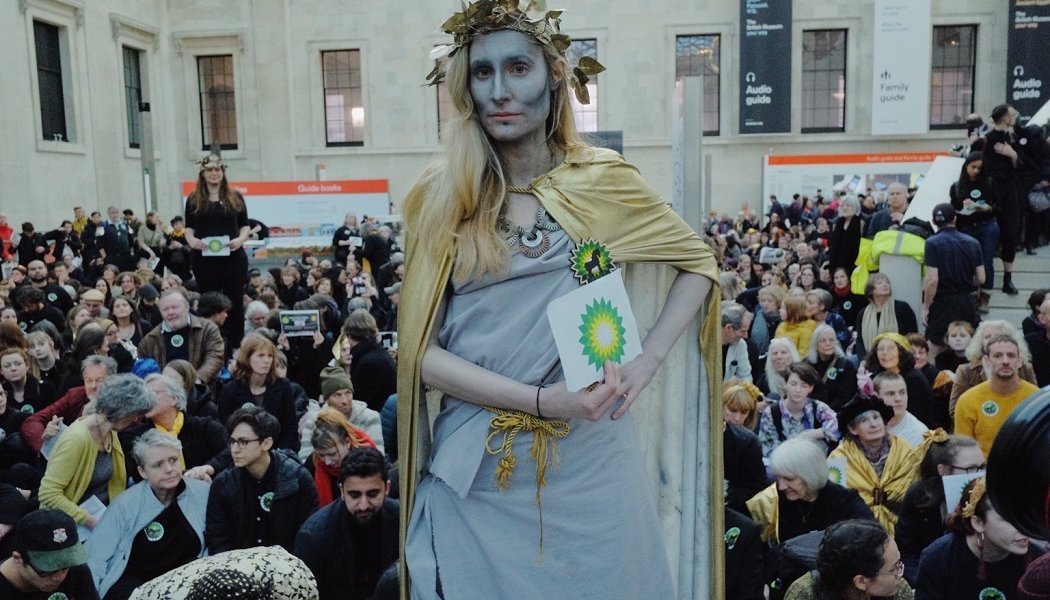 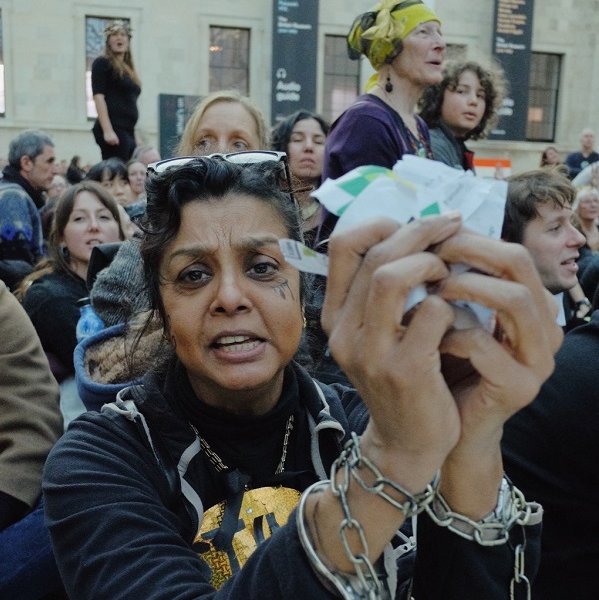 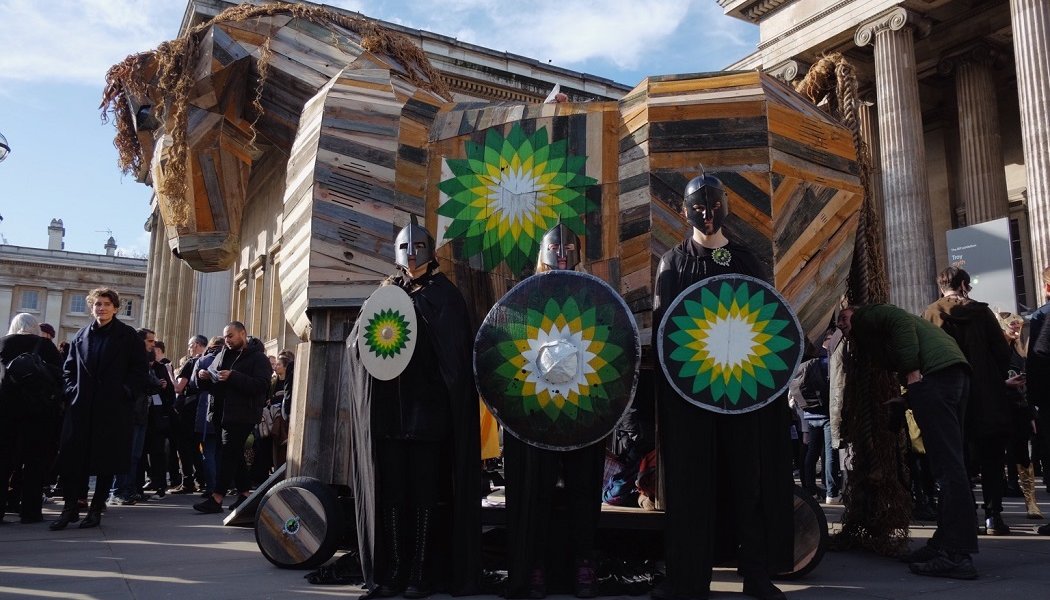 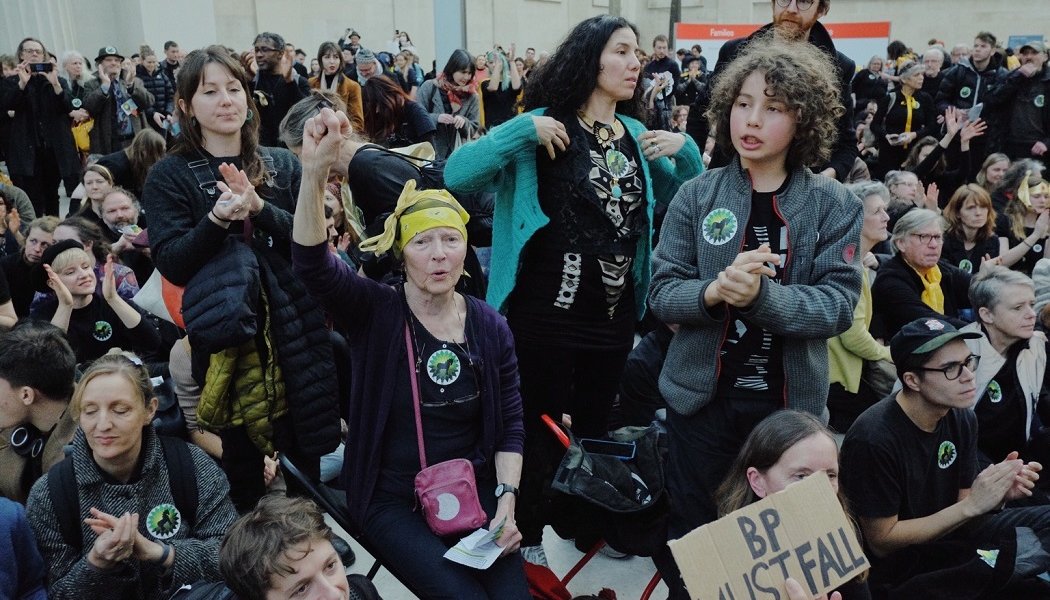 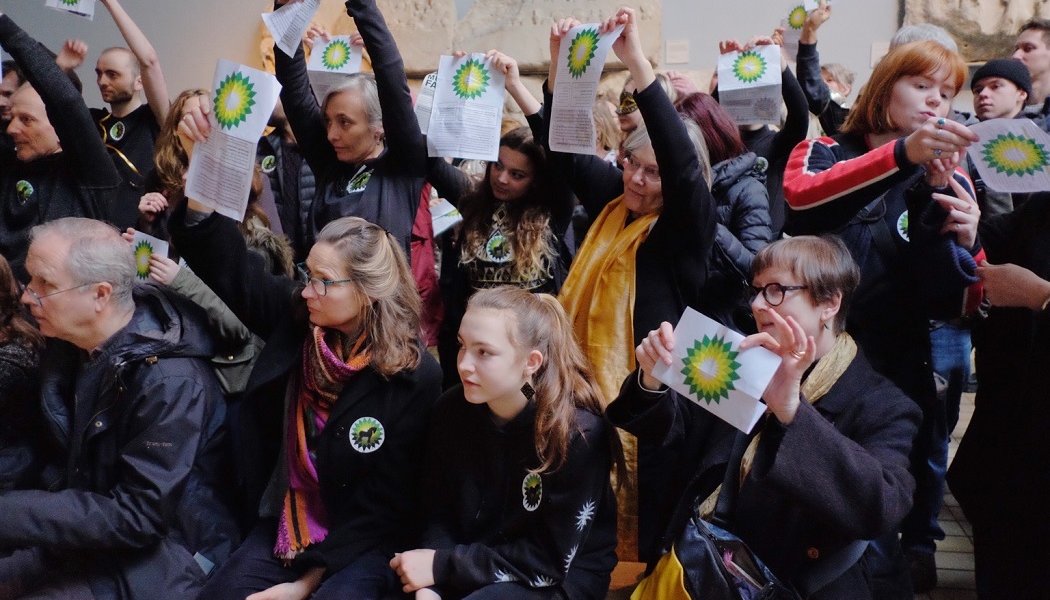 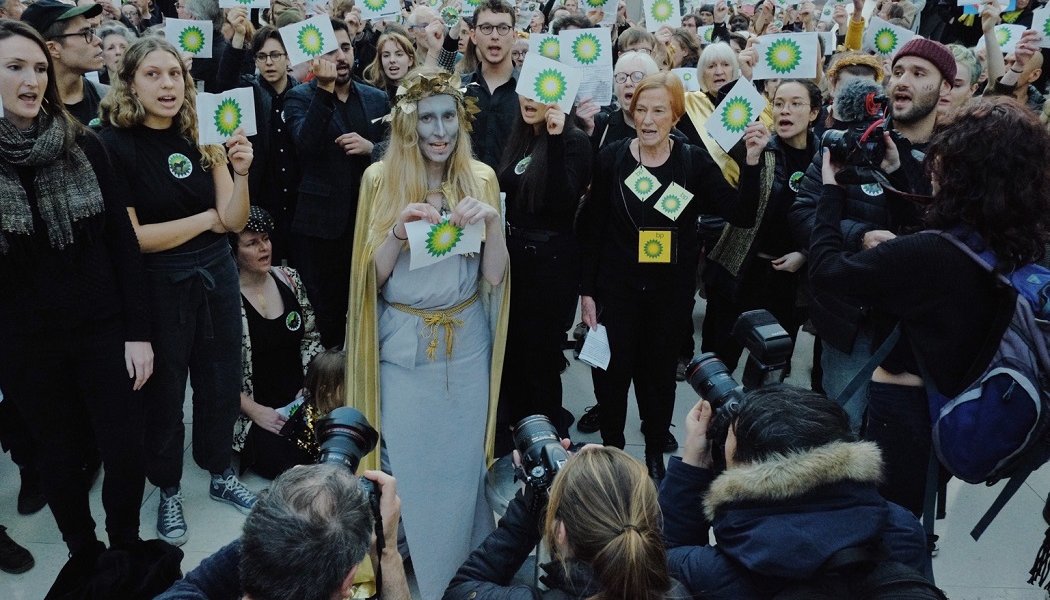 Following on from Friday’s Trojan Horse demonstration led by activist group BP or not BP?, protesters remained outside the British Museum for what is said to have been a 51-hour action made up of around 1,500 campaigners.

Discussing the demonstration, Sonia Heal, one of the hardy band who stayed at the Museum through the night,  noted: “If the polluters can make the museum into a platform for boosting their brand, then reclaiming that space with an artwork which spotlights the movement for climate justice is a wholly logical response.

“The Museum’s director,” she added, “needs to end his delay and denial, and stop giving BP a place to hide.”