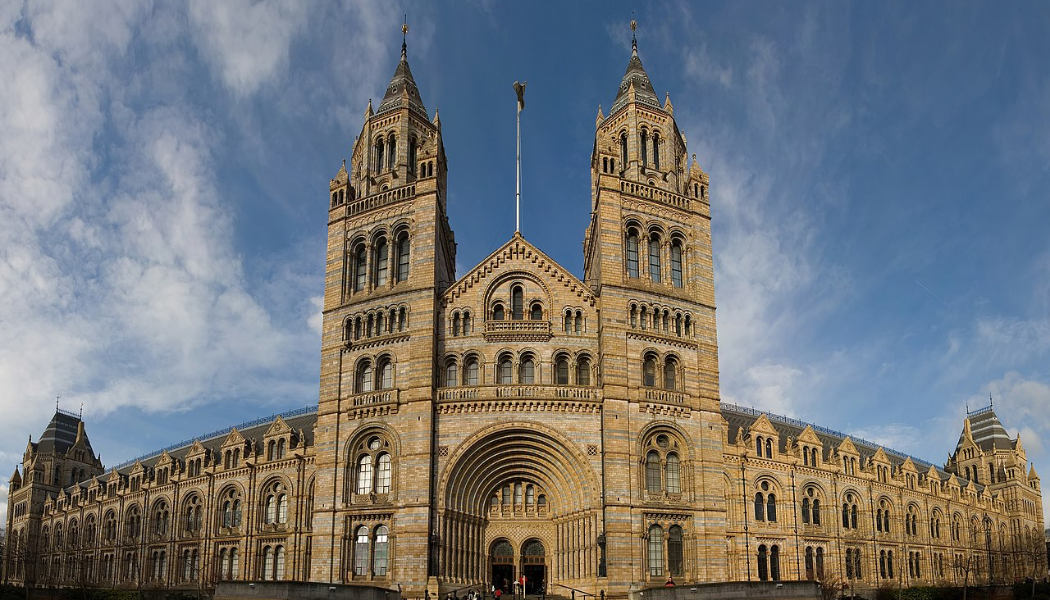 The Natural History Museum is named the most visited indoor attraction in the UK last year, and broader figures show the negative effect of lockdown restrictions.

The Association of Leading Visitor Attractions (ALVA) has released the annual visitor figures of its members for 2021, painting a picture of a year in which museums and heritage sites across the UK felt the sting of Covid-19.

Across the UK, the data shows that since 2020 Scotland has seen a 45% increase in the number of visits to their attractions, while London saw the weakest year-on-year performance with visits up just 17%, compared with 26% for other areas of England.

The impact of days closed have had an obvious effect on visitor figures in 2021; the average number of days that sites were closed in 2021 – when in a normal year they would have been open – was 99, or 31% of normal opening days.

Drops in visits to sites in the capital are somewhat explained by an average of 148 days closed across its sites, significantly more than the 81 days for attractions elsewhere in England. Overseas visitors also saw a dramatic fall. Of the sites that provided a figure, just 4% of visits in the past year were made by visitors from overseas.

Comparing the visitor figures of 2021 with those of 2019 shows that sites that are primarily outdoors welcomed 17% fewer visitors in 2021 than two years before.

ALVA reports that gardens and leisure are almost back to pre-pandemic levels but zoos remain 20% down year-on-year. Mixed sites, such as heritage and cathedrals saw a decline of approximately 51%, and those sites that are primarily indoors such as museums and galleries saw visitor numbers remaining 73% down on pre-pandemic levels.

Most popular outdoor attractions in 2021

For the first time the most visited outdoor attraction was outside of London. Windsor Great Park reports 5,400,000 visitors to take the top spot, while the second most visited attraction was Royal Botanic Gardens, Kew which saw a 61% increase to 1,963,171 and moved up two places compared to the previous years’ figures.

Most visited indoor attractions in 2021

Many of the indoor attractions were open at reduced capacity and reduced opening patterns in 2021, a trend which continues into this year to enable a Covid-safe environments.

The most visited indoor attraction in the UK was the Natural History Museum, which overall came in 4th place. It achieved a 21% increase year-on-year, with 1,5 million visits, followed by theBritish Museum in 6th place. It fell three places on the previous year, despite a 4% increase in visitors.

Somerset House – which presents a number of its cultural activities in its open-air neoclassical courtyard – bucked the trend and saw a 36% increase rising two places to 8th with 984,978, while the Science Museum in 9th place had an 11% increase in visitors to 955,873.

The first Scottish attraction to appear in the table of results was the National Museum of Scotland in 20th place – the same position as last year, with a 48% increase to 660,741 visits, followed in 22nd place by Royal Botanic Garden Edinburgh, which dropped 5 places although it saw a 43% increase to 647,698 visits.

Significant increases in visitors in 2021

Some of the most significant increases in visitors were seen at Beamish, The Living Museum of the North which moved up nine places to 27th and saw an 95% increase to 593,985 visits.

Bernard Donoghue, Director of ALVA, commented: “These figures, in a unique year, show that tourism was hit first and hit hardest by the consequences of COVID and that there is a huge spectrum of those attractions, mostly outdoors, which are recovering well, but still many, mostly those which are usually heavily dependent on overseas visitors, which are still just surviving.

Overseas visitors to the UK are not likely to be back to pre-pandemic levels until 2024 / 2025 so for many of our most iconic attractions this means not getting back to financial resilience for 4 or 5 years after having first closed their doors.”

He continues: “To help tourism businesses repair their balance sheets the Government should reverse its decision that EU school and youth groups need to travel to the UK on passports rather than ID cards, as this has meant that the school and youth market to the UK from the EU has suffered considerably; the decision to end tax free shopping should be overturned as it is making the UK uncompetitive in the highly lucrative retail tourism market; and the reduced level of VAT for accommodation and attractions should be retained for at least the next financial year.”