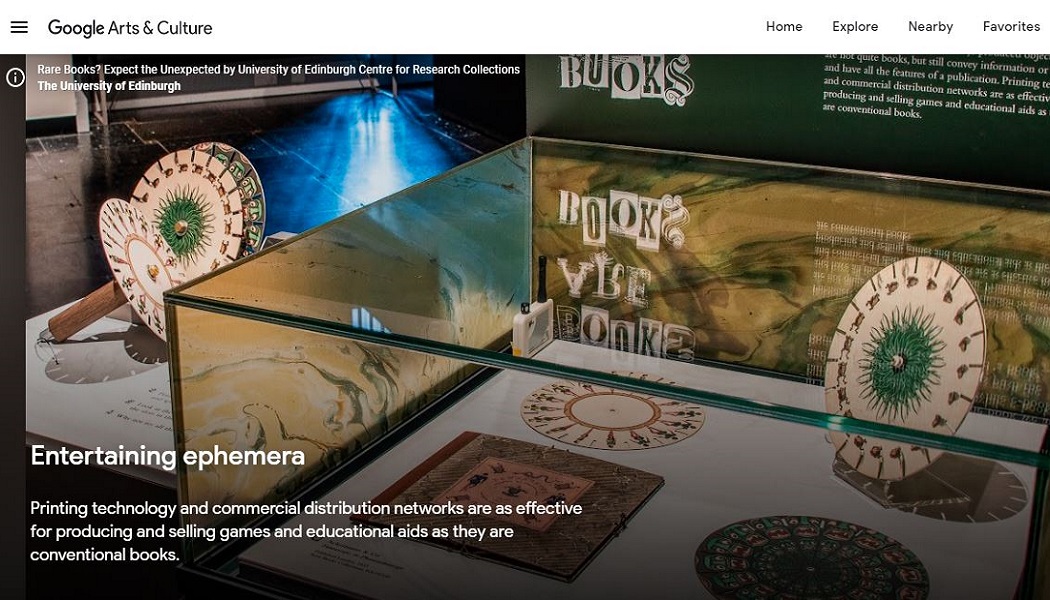 Image: One of the many University of Edinburgh exhibits accessible on Google Arts & Culture
Share

Hundreds of culturally significant Scottish artworks and artefacts will now be freely accessible to audiences around the world courtesy of a partnership struck between the University of Edinburgh and Google Arts & Culture.

The University follows the likes of MoMA, the Uffizi, the British Museum, the Louvre and many more organisations to have established a partnership with the cultural arm of Google’s sprawling digital empire.

The deal will see hundreds of prized items from the University’s collections free to view via the Google Arts & Culture website and app. This includes the renowned 11th century Celtic Psalter, photographs from the archive of Sir Patrick Geddes and a 19th century violin played by James Scott Skinner.

The platform will also host a series of visual thematic explorations of the institution’s archives and allow users to zoom in on objects and read in-depth stories behind the history of artefacts.

“This challenging year has brought the need for online engagement into sharper focus and we are delighted to be able to work with Google Arts & Culture to share the stories behind the collections more widely,” says Daryl Green, head of special collections at the University.

During national lockdown especially, museums and heritage attractions yet to have offered virtual tours and the like became very eager to establish similar partnerships. Figures for online cultural participation skyrocketed, with recent research suggesting that almost two thirds of people tried a new culture sector offer between March and July.

Connections//Collections: Sharing Scotland’s Stories with the World, a special exhibition to mark the launch of the Google partnership, is now open to the public in the foyer of the University’s Main Library on George Square. This will feature artwork by Edinburgh College of Art graduates, purchased by the University of Edinburgh Art Collection which can now be viewed on Google Arts & Culture.