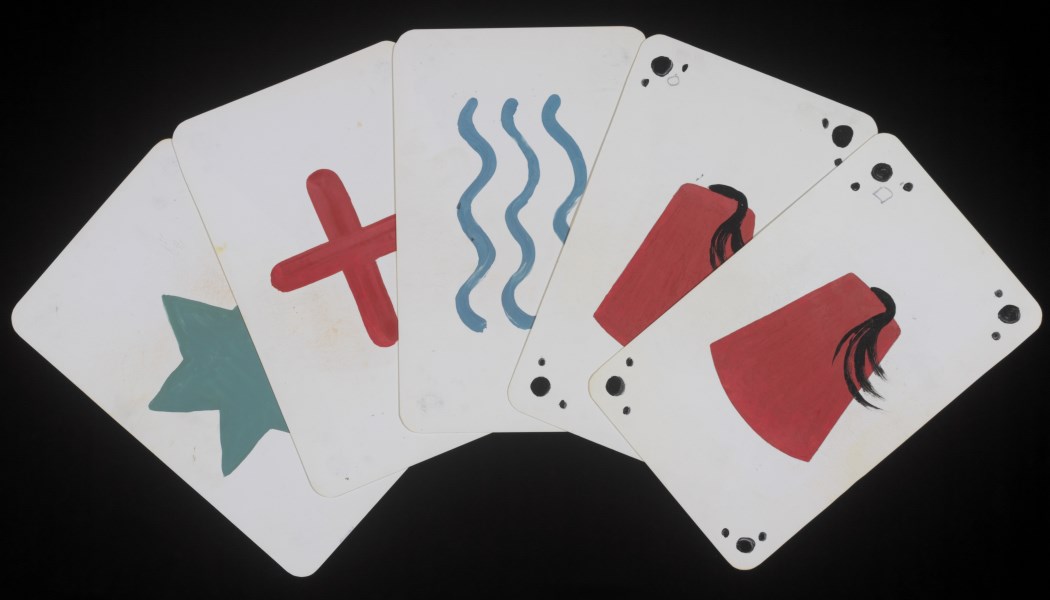 The Tommy Cooper Collection is the largest collection of its kind tracing the life and legacy of the much-loved British comedian Tommy Cooper (1921 – 1984) and joins the museum’s holdings of the legendary Windmill Theatre, the scene of one of his earliest stage appearances

Tommy Cooper, who was famed for his ability to laugh at his own magical mistakes on stage and TV and for his catch phrase ‘Jus like that’ left an array of materials including props and notes. The Tommy Cooper Collection comprises over 116 boxes of archive material and 24 props and posters to chart the career of the outwardly shambolic magician and comedian known for his trademark fez, flustered face, bungling stage persona and razor-sharp comedy.

The acquisition strengthens the museum’s collections documenting key figures in British comedy from Ronnie Barker to Tony Hancock, Dame Edna Everage and Morecambe and Wise, which it has been amassing for the past six years. The collection also includes Cooper’s writings, some jotted down on backs of posters and shirt packaging cardboard, as well as documents relating to the inner workings of his career, such as contracts from 1946 to his death in 1984 – including those he could not fulfil following his unexpected passing during a live performance.

“The Tommy Cooper Collection offers a fascinating insight into one the best-loved entertainers of the 20th century and reveals much about his practice, process and legacy,” said Simon Sladen, Senior Curator of Modern and Contemporary Performance at the V&A. “Although it doesn’t contain one of his iconic fezzes, the rich collection contains thousands of hand-written gags as well as unique examples of his comedy props. Since 2010, the V&A has been collecting material that helps tell the story of British Comedy and we are delighted to welcome the Tommy Cooper Collection as the latest addition to the National Collection of Theatre and Performance.”

Other highlights from the collection include stage props, such as Cooper’s infamous ‘Head Twister’ illusion; details of early auditions at the BBC and engagements; a folio notebook full of his gags; personal correspondence; posters; theatre programmes and merchandise charting his career spanning almost four decades. A selection of these objects will go on public display for the very first time in the V&A’s Theatre and Performance Galleries in the autumn.

The V&A will also make the archive available for research, once cataloguing has been completed, and digital records will also be available on Search the Collections. 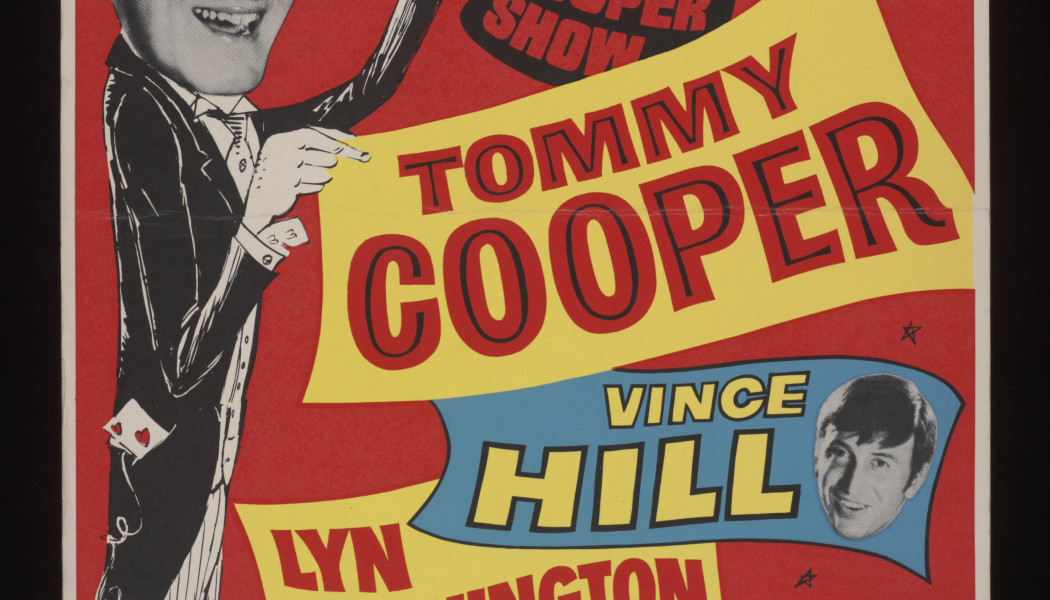 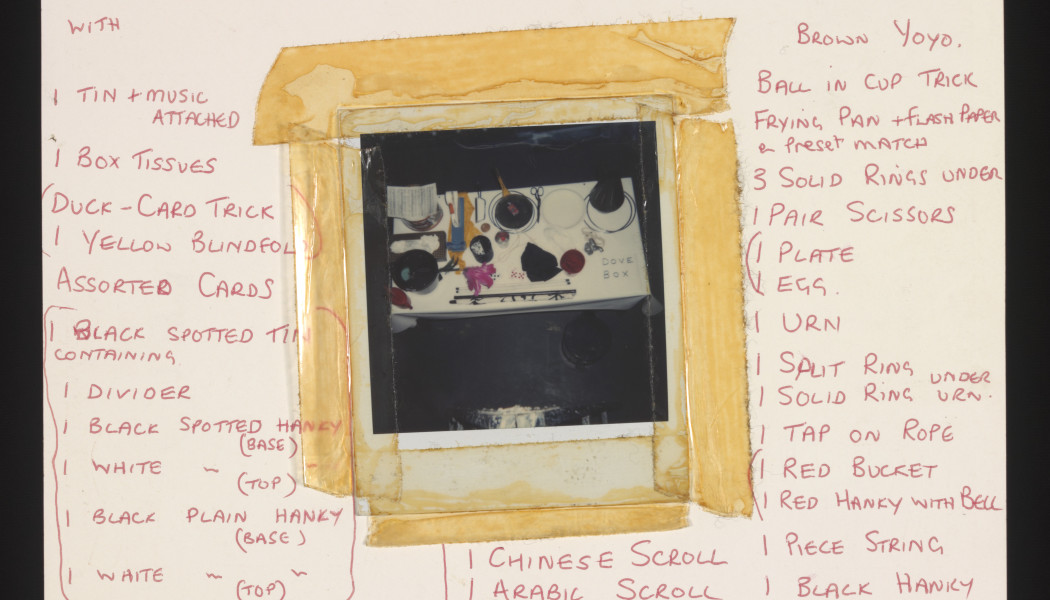 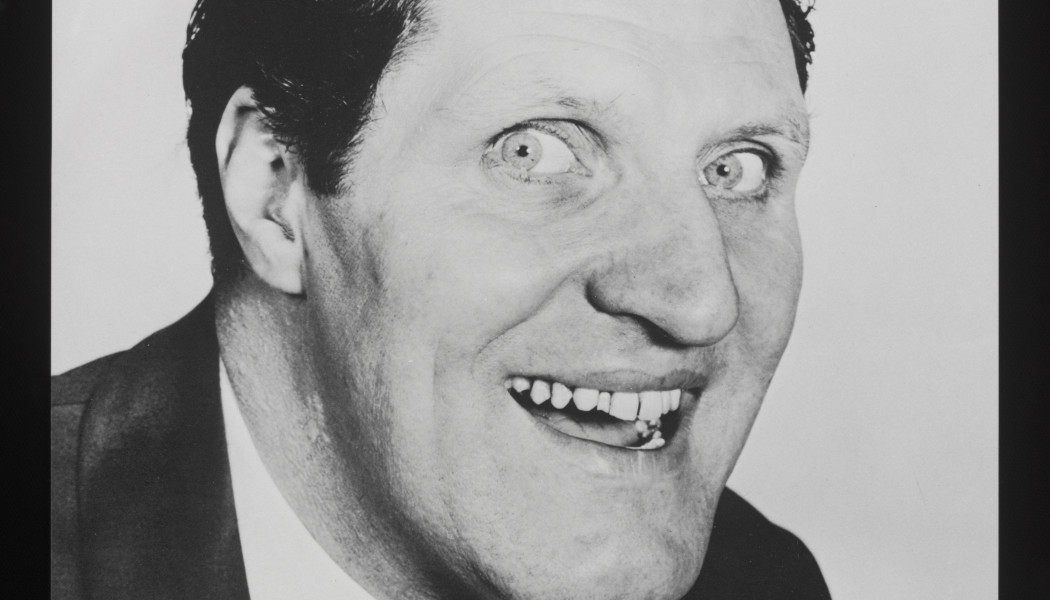 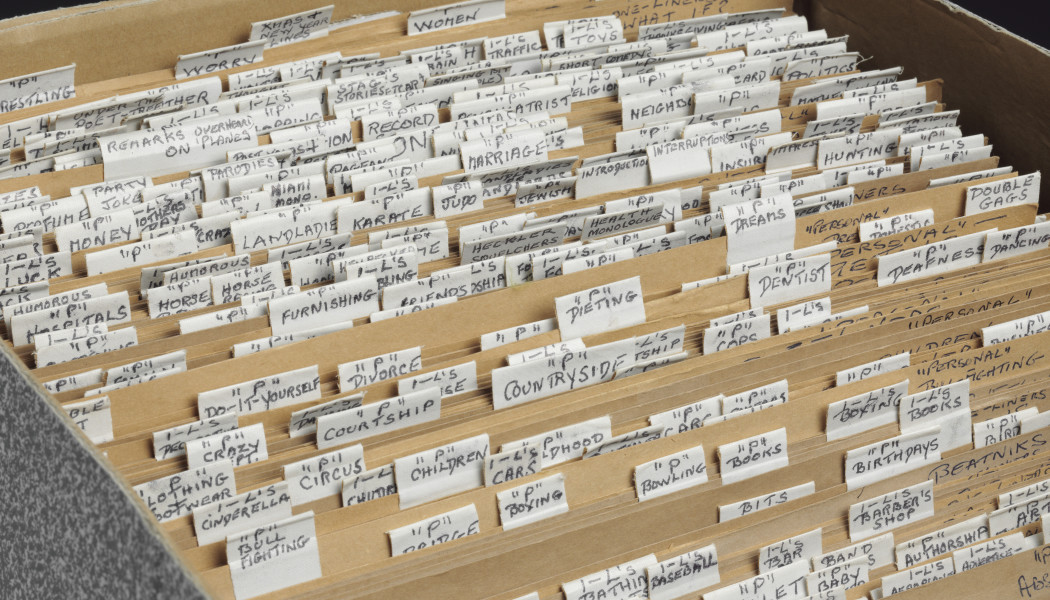 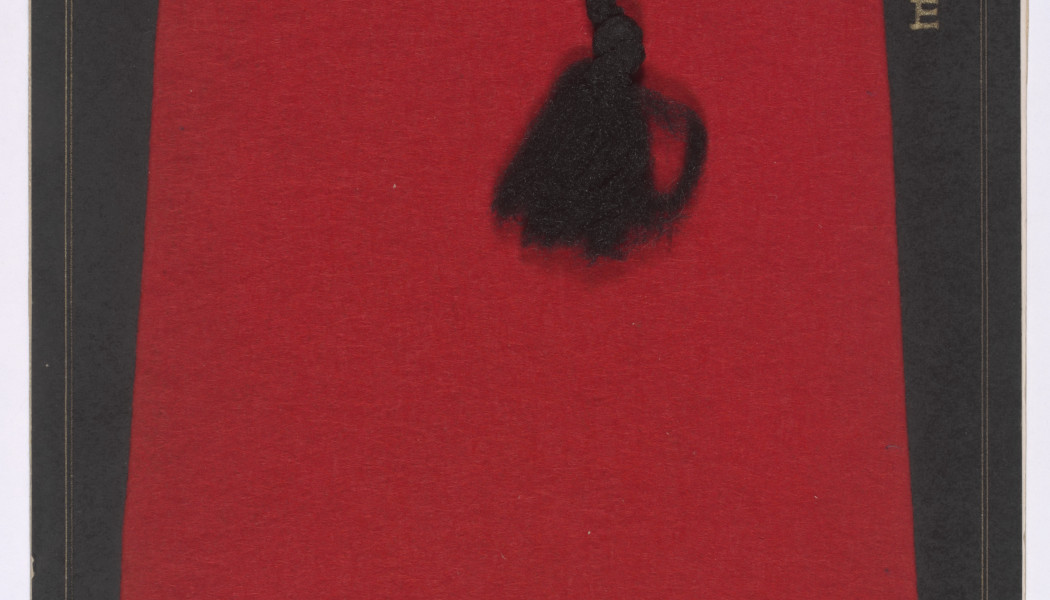 Tommy Cooper’s card props for use in his act (c) The Tommy Cooper Estate. Photograph – Victoria and Albert Museum, London