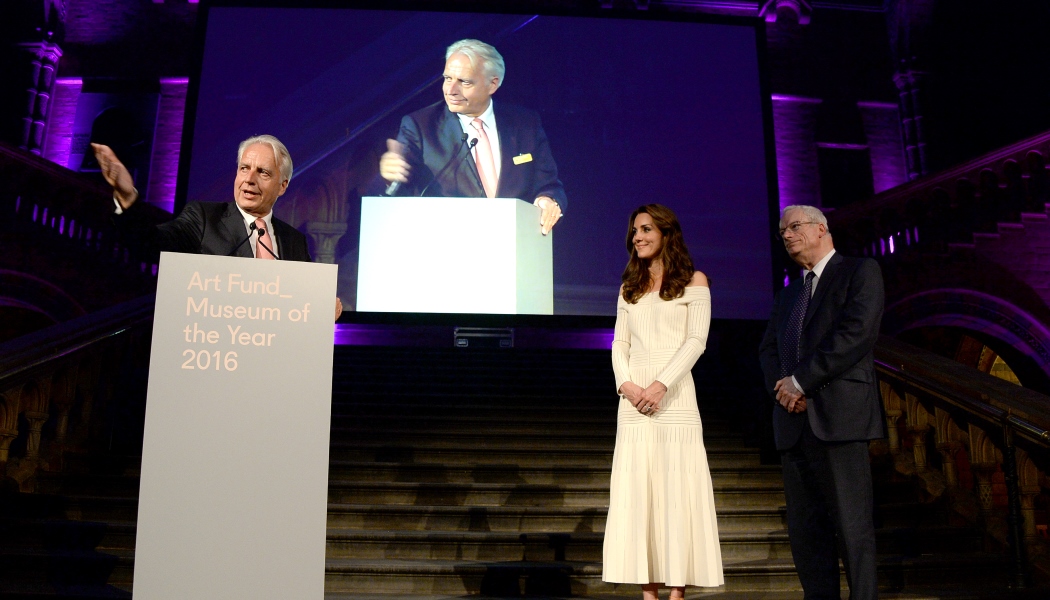 Martin Roth, Director of the V&A since September 2011, has announced to staff today he will leave his role in the autumn after five years in the post

In a summer when the V&A was named Art Fund Museum of the Year its director Martin Roth has announced that he will be stepping down following recent interviews with a German broadcaster pointing to his disillusionment over Britain’s vote to leave the EU. Interviewed by the German broadcaster DW, he said the vote to leave Europe felt like a personal defeat and he was particularly upset to hear aggressive “war rhetoric” used during the debate.

Roth has succeeded in making the V&A more international and has presided over a succession of critically acclaimed exhibitions, most notably David Bowie is and Alexander McQueen: Savage Beauty, achieving record visitor numbers, which last year reached the highest level in the Museum’s 150 year history – as well as the ambitious refurbishment of multiple galleries showcasing the V&A’s world-leading collections, including most recently the new Europe 1600-1815 galleries.

The Stuttgart-born Roth has also overseen major developments at the V&A including construction of the new Exhibition Road entrance, courtyard and gallery, due to open in 2017, as well as developing significant strategic partnerships in Shenzhen, Dundee and with V&A East in the Queen Elizabeth Park, East London.

“It’s been an enormous privilege and tremendously exciting to lead this great museum, with its outstanding staff and collections, and I’m proud to have steered it to new successes and a period of growth and expansion, including new partnerships around the UK and internationally,” he said. “Our recent accolade as Art Fund Museum of the Year feels like the perfect moment to draw to a close my mission in London and hand over to a new director to take the V&A forward to an exciting future.”

Under his directorship, Roth has established the new Design, Architecture and Digital Department, and spearheaded new and socially responsive programming, from the Disobedient Objects exhibition to the current Engineering Season. He has also forged many innovative new partnerships, not least with the Venice Biennale, World Economic Forum and International Olympic Committee. The Museum was recently awarded Art Fund Museum of the Year 2016, the biggest museum prize in the world, and praised for its ‘exceptional imagination, innovation and achievement across the previous 12 months’.

Nicholas Coleridge, Chairman of the Trustees of the V&A said: “Martin’s tenure as Director has been marked by a highly successful period of creativity, expansion and reorganisation of the V&A. He has made a significant contribution to the success of this museum, and the Trustees are immensely grateful for all that he has achieved here.”

Roth intends to devote more time to various international cultural consultancies and plans to spend more time with his wife Harriet and their children, in Berlin and Vancouver.

The V&A’s Board of Trustees will now begin the search to find a new Director.

Martin Roth accepts the Museum of the Year award on behalf of the V&A from HRH Catherine Duchess of Cambridge and Chris Smith, Baron Smith of Finsbury, Chairman of the Art Fund