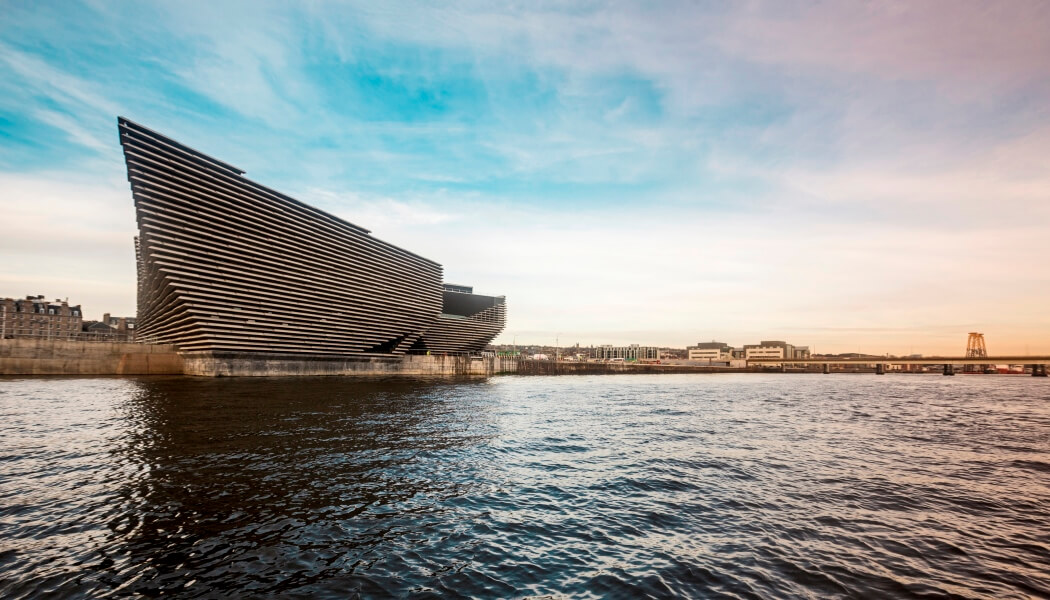 The focus now moves to the interior of V&A Dundee, fitting out the gallery spaces, installing objects and completing the café and restaurant ahead of the opening in September

The V&A Museum has moved into its final phase this week with the construction of the building completed. More than 1,500 people have worked on the construction of the museum with the majority being local, within 35 miles of the site, and the project has created 55 new employment opportunities through its construction and a further 50 apprenticeships. The exterior has 2,500 cast stone panels hung on the walls, creating the appearance of a cliff face.

The V&A Dundee is architect Kengo Kuma’s first building in the UK, which he designed to become a new ‘living room for the city’, an open, welcoming space for everyone and is at the centre of the £1bn transformation of Dundee’s waterfront. It is estimated that the revitalised waterfront area will create an economic impact of £11.6 million per year. 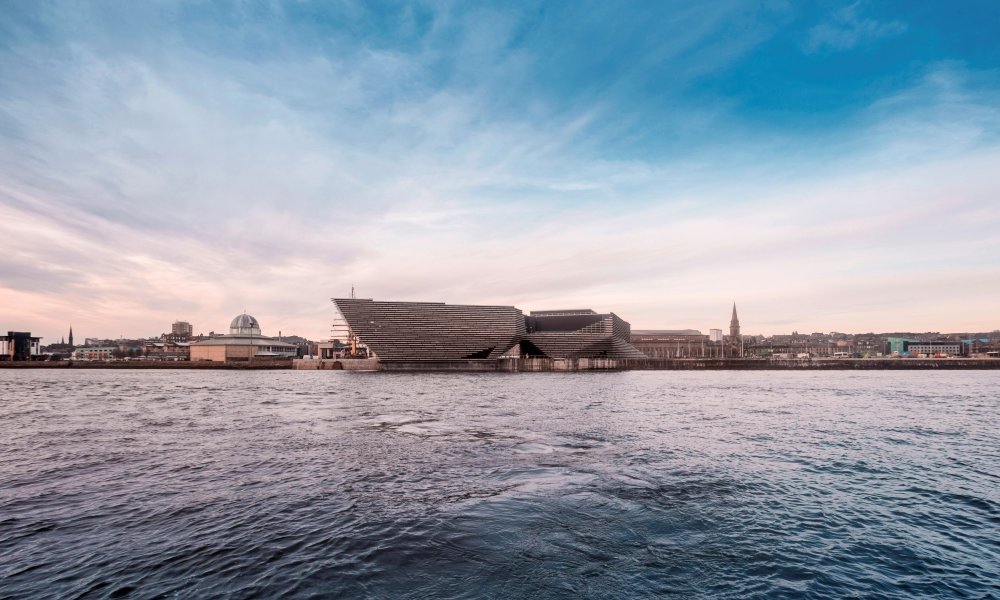 Philip Long, Director of V&A Dundee, said: “Kengo Kuma’s design, which beautifully links the city and the River Tay, is already attracting global interest. Dundee is an exciting, creative city with an incredible history of design innovation. I am proud that our museum can be part of the ongoing regeneration of the city, attracting investment and creating new jobs.”

V&A Dundee is being delivered by an innovative founding partnership of the V&A, Dundee City Council, the University of Dundee, Abertay University and Scottish Enterprise. 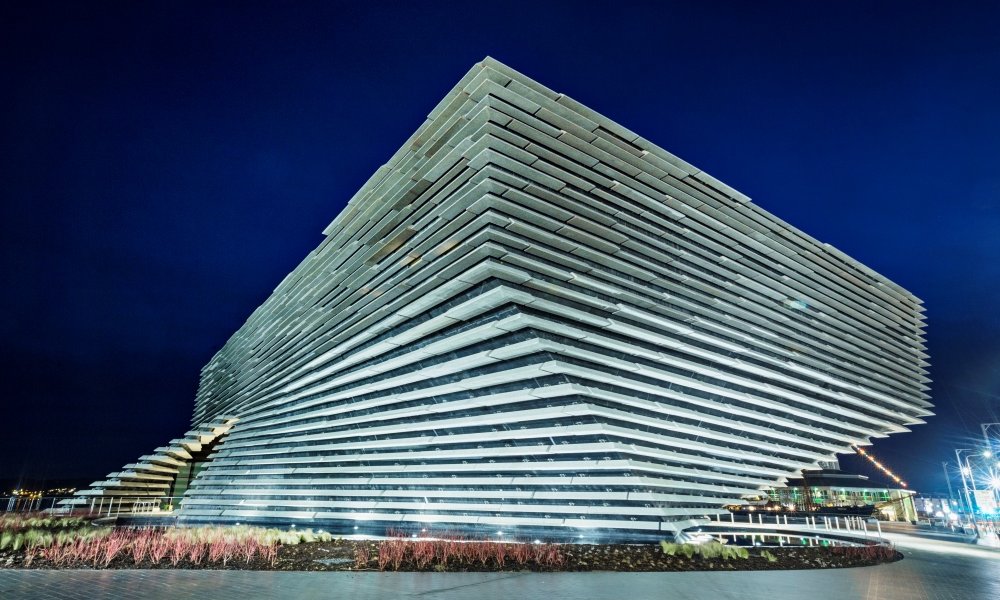 The exterior has 2,500 cast stone panels hung on the walls, creating the appearance of a cliff face.

“Our city is at the centre of unprecedented global attention as anticipation mounts ahead of the September opening of V&A Dundee,” said Dundee City Council leader Councillor John Alexander. “This demonstrates the transformational impact that the museum of design is already having, as we strive to create new opportunities for people in the city.

The museum will open on Saturday 15 September 2018.

V&A Dundee is a three-storey structure, with curving concrete walls. It is 18.4 metres (60 feet) tall at its highest point

V&A Dundee will generate up to 350,000 visitors each year, with more expected in the opening 12 months

It will have Scotland’s largest museum-standard temporary exhibition spaces

The Scottish Design Galleries will feature around 300 design objects