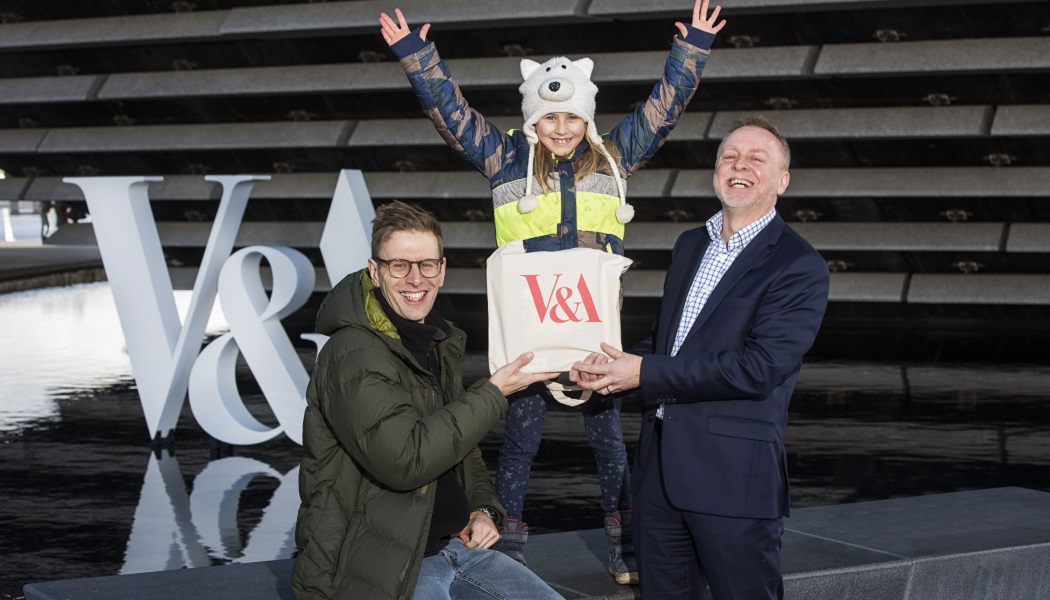 Just over 500 days since its September 2018 opening, V&A Dundee has welcomed its millionth visitor.

Having welcomed 830,000 visitors in its first year, Dundee’s renowned waterfront museum was bound to reach the one million figure before long. Seven-year-old Nalani Becker from Berlin was the attendee credited with taking the institution past this significant point.

Scottish culture secretary Fiona Hyslop offered her congratulations to V&A Dundee, saying the milestone represented an “impressive achievement and a sign of the museum’s strong appeal to visitors from around the world.”

The museum, built with the help of £38 million in Scottish Government funding, Hyslop continued, “has already more than proved its cultural value, far exceeding expectations for visitor numbers and improving Scotland’s status as a prime destination for world-class cultural experiences.”

The influx of tourists to Dundee since the V&A’s arrival has been substantial. Research into the museum’s impact suggests it has been worth £21 million to the Dundonian economy and £75 million to Scotland as a whole. Separate research also found that tourism in the city is now worth more than £10 million a month.

“It has raised Dundee’s international profile and played a key part in securing record-breaking tourism figures. V&A Dundee is helping to create jobs and new economic opportunities for the city.”