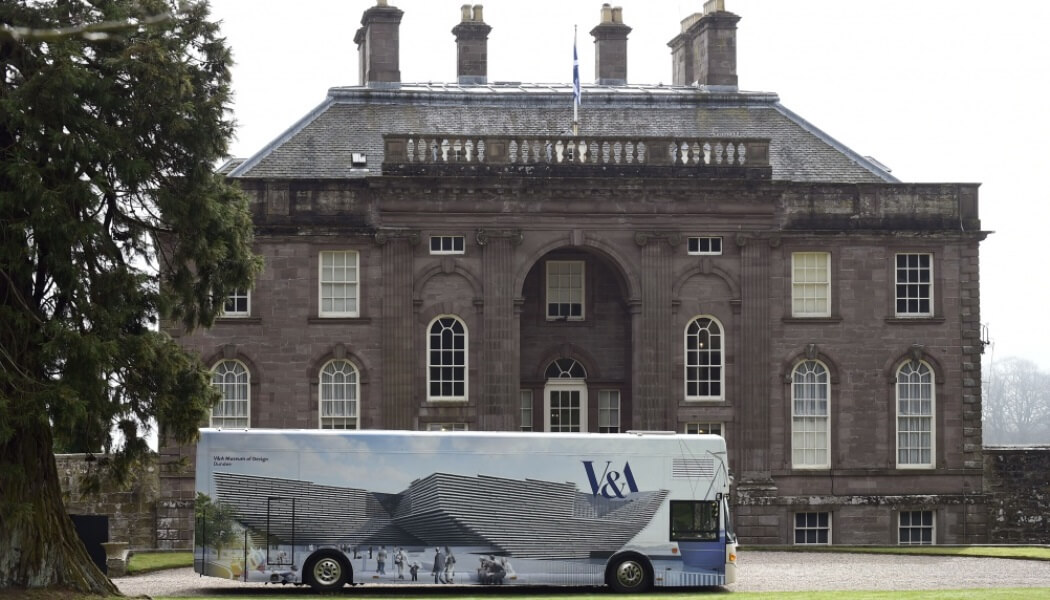 All aboard! V&A Museum of Design Dundee embarks on national tour of scotland

Part of the new museum’s national pre-opening programme, the Design in Motion exhibition will be housed in the Travelling Gallery, a custom-built, mobile, contemporary gallery inside a bus

The tour takes in rural locations such as Harris, Campbeltown, Elgin and Galashiels alongside the big cities of Edinburgh, Glasgow, Dundee and Aberdeen as part of the new museum’s national pre-opening programme, the Design in Motion exhibition will be housed in the Travelling Gallery, a custom-built, mobile, contemporary gallery inside a bus.

Starting in Dundee today the tour will then embark on a 17-week journey visiting 78 venues including secondary schools and art colleges, museums, community centres and libraries with a final stop planned at the Victoria and Albert Museum, London in June.

Last month the V&A Museum of Design Dundee was awarded a £4.5m grant by the Heritage Lottery Fund (HLF), which is aditional funding on top of a grant of £9.4m (of which £8m was for capital) awarded in January 2014.

The funding was announced as Dundee City Council’s Policy & Resources Committee agreed to authorise officers to finalise the funding strategy to enable the museum to proceed and to make appropriate allocations in the Council’s Capital and Revenue Plans; and to delegate authority to accept the fixed price tender by BAM Construction Ltd. 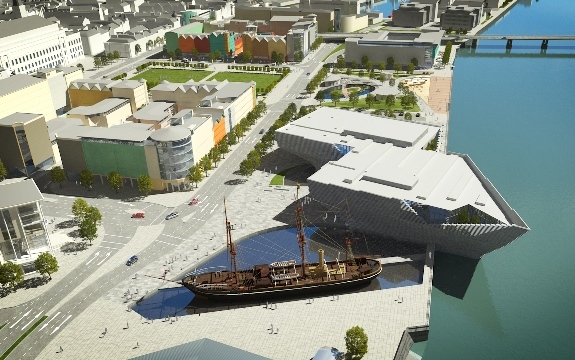 Work on the new museum is programmed to begin on site at the end of March, with the building itself projected to be complete by end 2017. Fit out of the galleries and first exhibitions will follow, leading to an anticipated public opening of the museum by June 2018.
The tour is a collaboration with the Travelling Gallery, Design in Motion is the second V&A Dundee project to benefit from funding from players of People’s Postcode Lottery. The tour will take exhibits, designers and the V&A Dundee team across the country, connecting communities with Scotland’s design heritage and raising awareness of the talent in Scotland’s present-day design industries, inspiring creativity along the way.

The exhibition concept, brought to life by designer Gabrielle Underwood, will showcase seven leading designers currently working with digital technology to push the boundaries of their discipline within games, product, jewellery, fashion, textiles and built heritage. 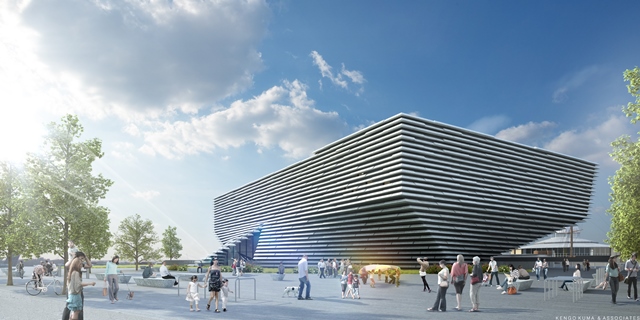 Alongside the exhibition, V&A Dundee is working with Dundee-based developers eeGeo to develop an innovative new mobile app. The Design Scotland app, free to download for iOS and Android.
Sarah Saunders, Head of Learning & Engagement for V&A Dundee said: “It’s an incredibly ambitious project, but one that we feel underlines the scope and scale of the new museum, and really allows us to set out our stall as a new national institution.