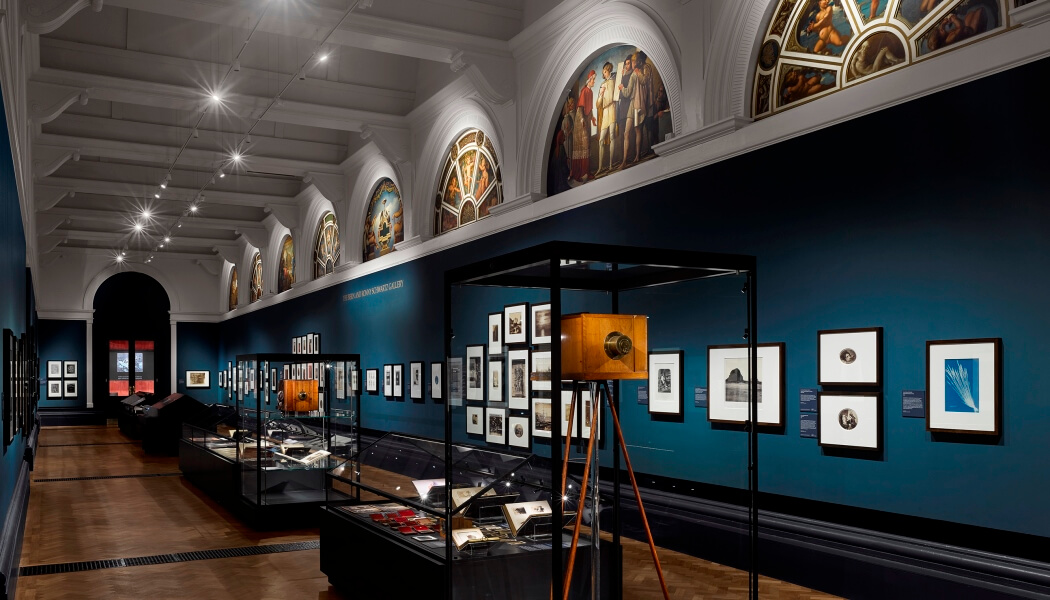 The V&A Photography Centre opens today showcasing gems from an 800,000-strong photographic collection acquired since 1852 with a major inaugural display – Collecting Photography: From Daguerreotype to Digital

Situated in the V&A’s North East Quarter, the museum says the new Photography Centre will ‘reclaim the beauty of three original 19th-century picture galleries’. It is part of the V&A’s FuturePlan development programme to revitalise the museum’s public spaces through contemporary design and the restoration of original features.

Other projects as part of the plan have been the new Exhibition Road Quarter, which features a new entrance and temporary exhibition space, the Europe 1600-1815 Galleries and, announced earlier this month, the £13.5m redevelopment of the V&A Museum of Childhood in east London to be completed by 2022 when the museum celebrates its 150th anniversary.

A second phase of the Photography Centre, also planned to open in 2022, will expand the facilities further, providing a teaching and research space, a browsing library and a studio and darkroom for photographers’ residencies. 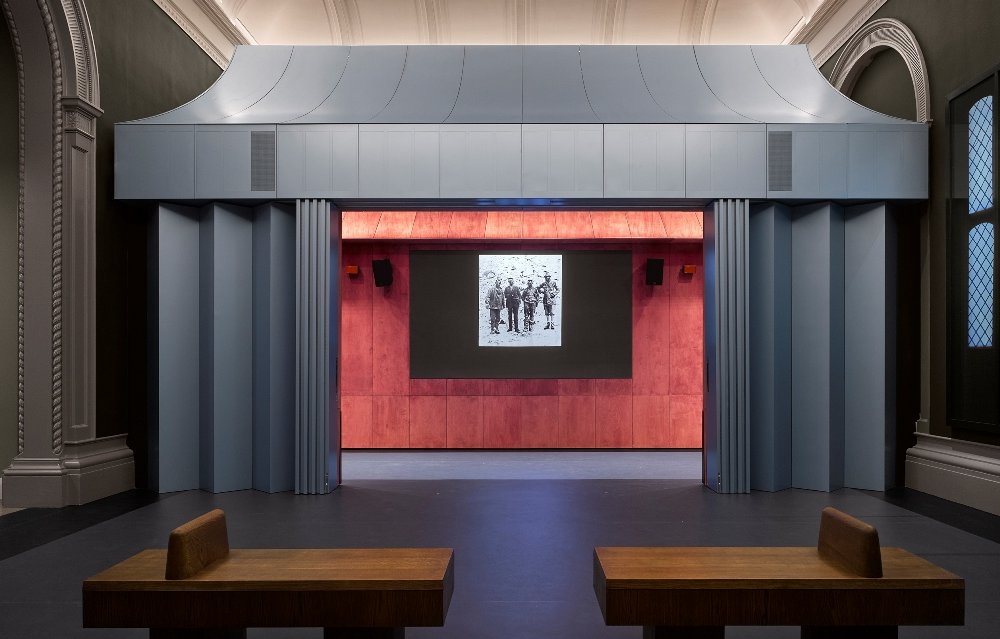 the Dark Tent in The Modern Media Gallery at the new V&A Photography Centre. Photograph by Will Pryce

The transfer of the Royal Photographic Society collection in 2017 from the National Science and Media Museum in Bradford (part of the Science Museum Group) was the catalyst for the development and this first phase more than doubles the space dedicated to photography at the V&A. Although controversial at the time of the announcement in 2016 – some criticised moving the collection from a regional museum to a national one – the V&A says that the decision to acquire the collection (which it did with HLF support) represents a reunion for some of these images, which were once part of a single collection at the 19th century South Kensington Museum before it divided into the V&A and the Science Museum.

Part of the newly acquired collections and at the heart of the new centre is the collection of the Royal Photographic Society, which charts the invention and development of photography over the last two centuries, and the inaugural display will show seminal prints and negatives by pioneers William Henry Fox Talbot, Julia Margaret Cameron and Frederick Scott Archer, alongside camera equipment, photographic publications and original documents to tell a broader story of international photography. 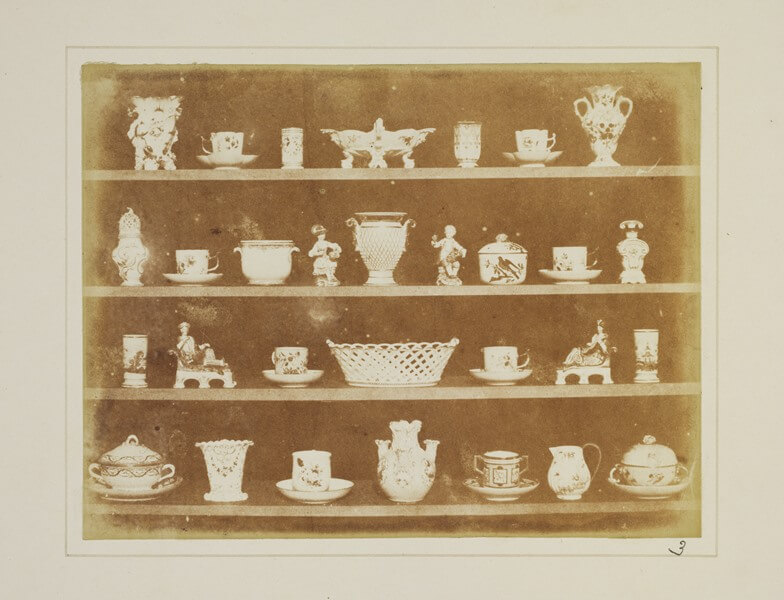 This inaugural display, tracing a history of photography from the 19th century to the present day through the theme of collectors and collecting, will also feature the world’s first photographic experiments, pictures by 20th century greats Alfred Stieglitz and Edward Steichen, recent acquisitions by Linda McCartney gifted by Paul McCartney and his family, and newly commissioned works by Thomas Ruff.

A new purpose-built storage facility has also been created on site and photographs can be viewed in the V&A’s Prints & Drawings Study Room when not on display.

“Our new Photography Centre will provide a world-class facility to re-establish photography as one of our defining collections. In an era when everyone’s iPhone makes them a photographer, the V&A’s Photography Centre explores and explains the medium in a compelling new way,” said Tristram Hunt, Director of the V&A. “Our collection – initiated by the V&A’s visionary first director Henry Cole – now seamlessly spans the entire history of photography, telling the story of the medium from the daguerreotype to the digital.”

At the entrance to the new Photography Centre is a spectacular installation of more than 150 cameras. Nearby, an interactive camera handling station will offer visitors an understanding of how photographers view the world through their equipment. It will also feature a digital wall to show the most cutting-edge photographic imagery. 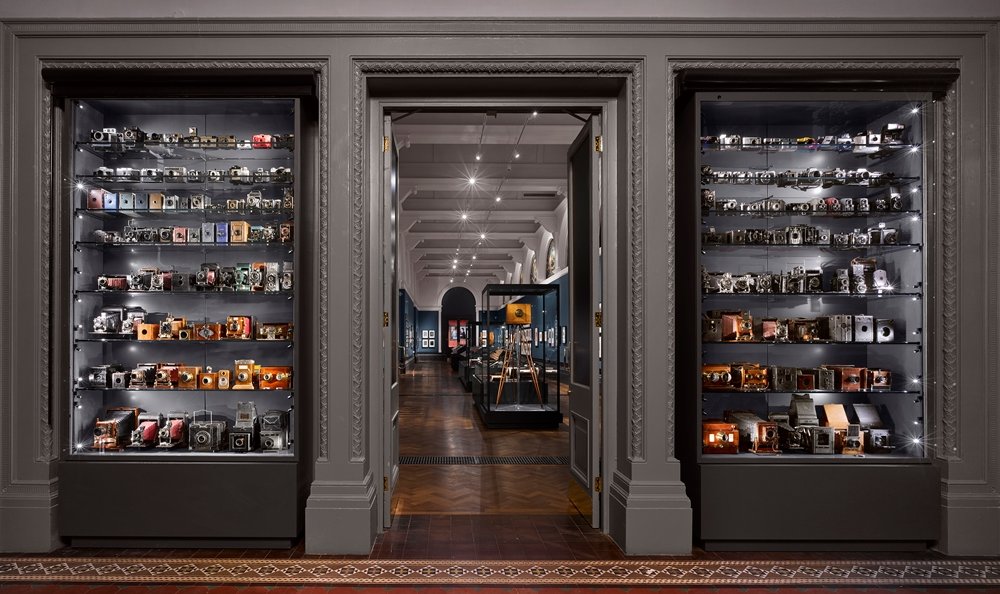 The entrance to the new V&A Photography Centre showcases 150 cameras. Photograph by Will Pryce

The Photography Centre will also feature the ‘dark tent’, a multimedia projection and lecture space inspired by 19th century photographers’ travelling darkrooms. Here, specially commissioned films revealing early photographic processes, including the daguerreotype, calotype and wet collodion process will be screened, along with a slideshow projection of rarely-seen magic lantern slides revealing the first attempts to reach the summit of Mount Everest in 1921 and 1922.

The opening of the Photography Centre will be accompanied by a three-week spotlight on photography across the V&A, including a series of talks by leading photographers, screenings, events, courses, workshops and a Friday Late dedicated to photography.