After closing its bricks-and-mortar location for six months, the museum will reopen at ENTER in Bethnal Green next month.

The Vagina Museum is to open its doors at a new premises in Bethnal Green following almost six months of temporary closure, revealing a new location which is said to be roughly three times larger.

The museum, which began as a series of pop-up events in 2017, opened its first fixed premises in Camden Market in November 2019. The museum and offices remained at the location until September 2021 when, with its lease not renewed, it was forced to temporarily close its doors.

In its two years at the Camden Market site it reports that more than 150,000 people visited its exhibitions, ‘Muff Busters: Vagina Myths and How to Fight Them’ and ‘Periods: A Brief History’.

Through its search for a new site, the Vagina Museum connected with and secured a new location at ENTER, a collective building and creative hub for the arts.

This new premises, which it said is roughly three times larger than the previous location, will reopen to the public on 19th March 2022 with an expanded version of its exhibition ‘Periods: A Brief History’. The exhibition will run for six months and is sponsored by The Body Shop.

Also housed at ENTER will be a cafe, rehearsal rooms, performance space and co-working space.

In addition to temporary exhibitions, the new premises will also house a new permanent exhibition about gynaecological anatomy, which it has developed based on audience feedback. 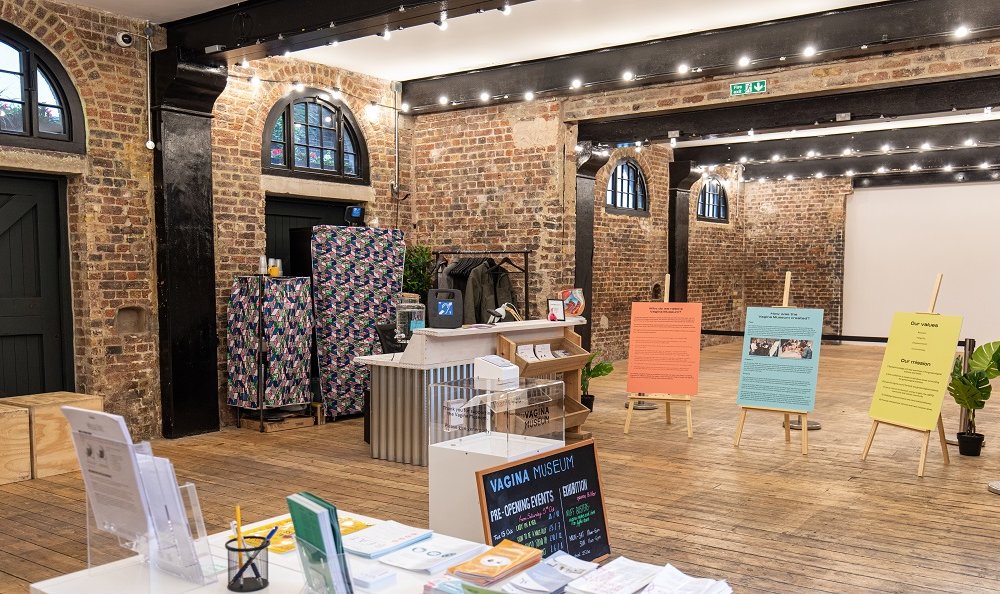 To fund the reopening, the Vagina Museum will be accepting donations and holding a sale in its online shop.

Florence Schechter, founder and Director of the Vagina Museum said the search for a new location had “been tough” but during its temporary closure the museum had “so many people express how much they missed us.”

“Since the beginning of this project, it’s been crucial to us for the Vagina Museum to exist as a physical space. We’re excited to become a part of the vibrant community in Bethnal Green.”

Joe Ball from ENTER added: “The Vagina Museum is a fantastic partner that helps set the tone of an inclusive and forward thinking space.”