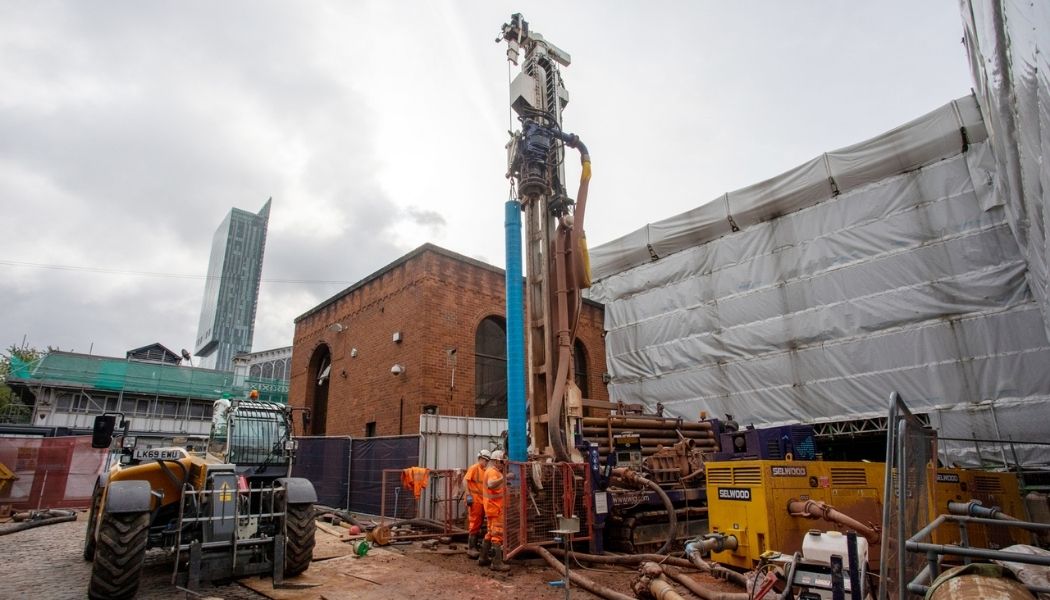 At the site of the world’s first railway warehouse lies an old solution to the very modern problem of decarbonisation.

In 1830, 31 miles of the world’s first inter-city railway would be laid between Liverpool and Manchester.

This chapter of the industrial revolution would see the country’s main port for raw cotton in Liverpool and the many cotton mills in Manchester better connected.

In itself a world first, more would quickly follow. The line was the first to rely exclusively on steam power, doing away with the horse-drawn standard. It was the first line to introduce a signalling system, the first to be timetabled, and the first to carry mail.

Built at the Manchester end of the railway was the world’s first railway warehouse, storing transported goods, and inside it a well in the lower ground floor of the now Grade I listed building at the Science and Industry Museum, first built to harness the power of the groundwater. 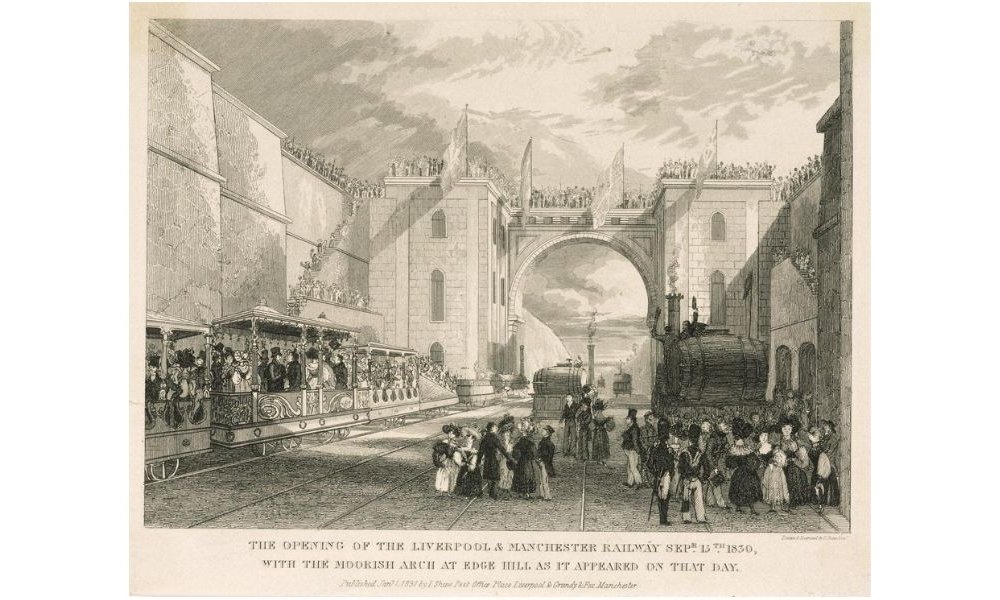 A print of an engraving, captioned 'The opening of the Liverpool and Manchester Railway. Sept 15, 1830, with the Moorish Arch Age Hill as it appeared on that day' | Science Museum Group Collection

Fast forward to the present, and this natural resource is now being utilised by the installation of a new water source heat pump network, which operates by taking the latent heat from water courses and boosting the temperature using electrically driven pumps.

A 12 meter, 32 tonne rig is being used by the museum to create a borehole at the site of the well, which will then be extracted and directed to the warehouse, now known as the 1830 Warehouse and Power Hall.

Through a network of pipes, the ground source heat pump will use the water to heat the buildings.

The process requires the removal of the listed cobbles, which will allow pipes and cables to be fitted in new trenches underground.

“This is a visionary project where the original and modern meet”, explained Director of the Science and Industry Museum, Sally MacDonald.

“We want to create a sustainable museum for the future and inspire our visitors – the future generations of engineers and innovators – with the story of the next industrial revolution, powered by green energy.”

The project is part of a multi-year, multi-million-pound restoration programme of conservation work at the site which is designed to harness green technology to heat its historic spaces.

£4.3 million has been awarded from the Government’s Public Sector Decarbonisation Scheme, delivered by Salix Finance to drive the programme.

The combined work being undertaken is hoped to save 515 tonnes of carbon per year, site wide. 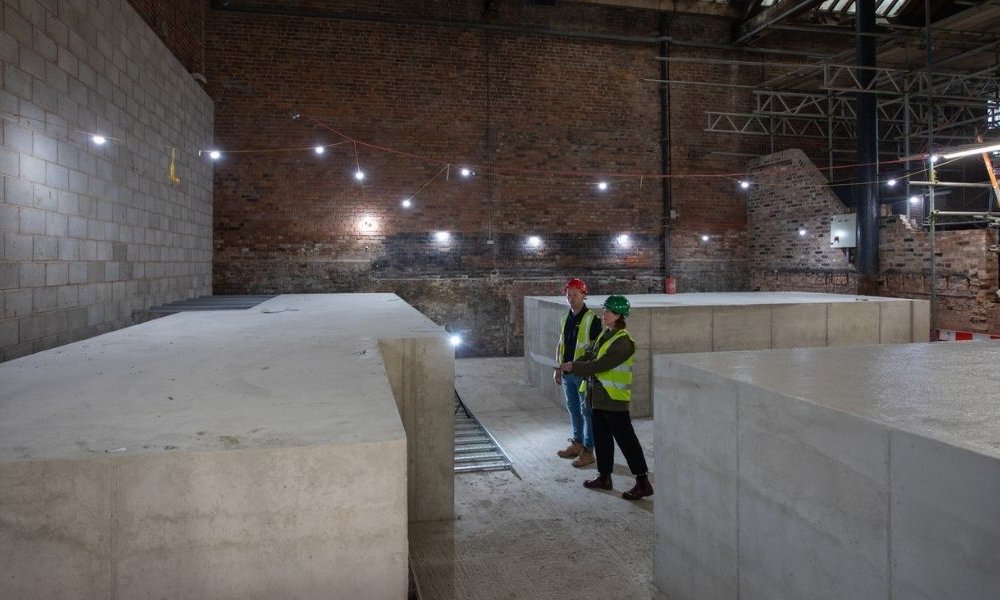 Inside the Power Hall at The Science and Industry Museum. Photo: Jason Lock © Science Museum Group 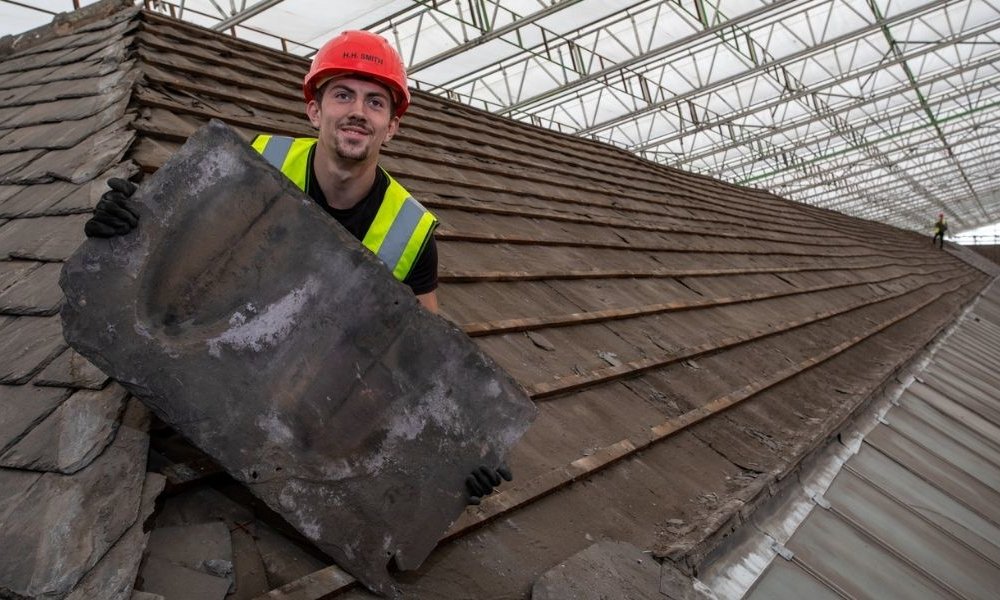 Alongside the decarbonising programme, the Grade II listed Power Hall has been funded by a £6million grant from the Department of Digital, Culture, Media and Sport (DCMS) as well as funding from the Science Museum Group to carry out urgent and major repairs.

Programme Manager at Salix, Edward Clark, said: “The installation of a new substation is a key milestone within this project, which results in increased carbon savings. The new green technology will be on display in the Power Hall for visitors to see alongside the Historic Working Machinery.”

In addition, the funding will place carbon literacy and zero carbon technology at the heart of the museum’s story and visitor experience, transforming the Power Hall into a landmark symbol of the past, present, and future of industry.