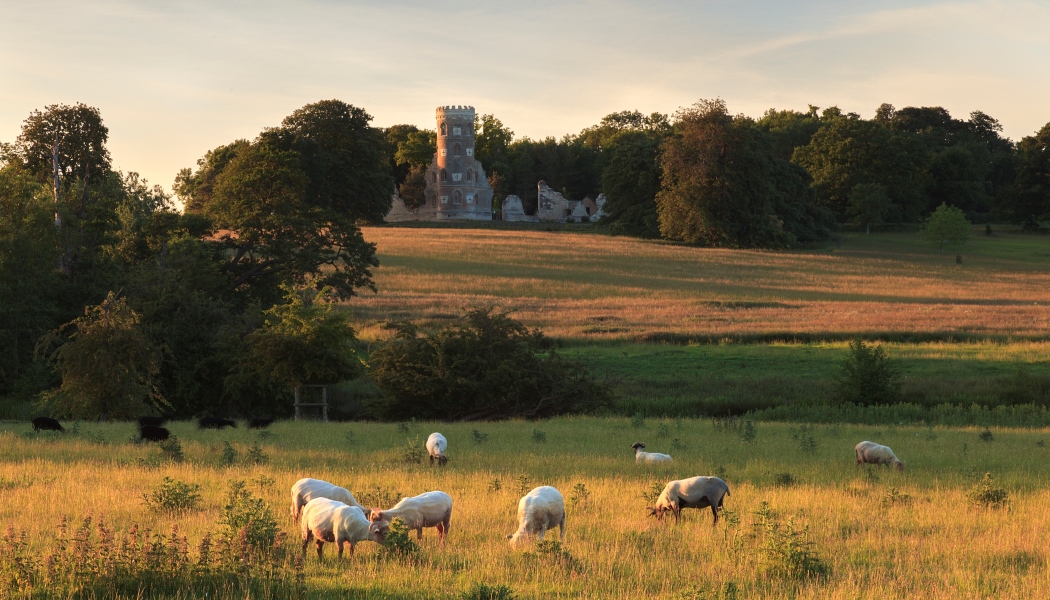 The recently restored 18th century Gothic Tower at Wimpole Estate in Cambridgeshire is among the winners of the 2016 European Union Prize for Cultural Heritage / Europa Nostra Awards, Europe’s highest honour in the heritage field

The Gothic Tower at Wimpole Estate, cared for by conservation charity the National Trust, is one of only two UK winners in the Conservation category of the Awards organised by the European Commission and Europa Nostra. The Awards recognise exemplary achievements in the categories of conservation, research, dedicated service, and education, training and awareness-raising.

The Gothic Tower, designed to look like a picturesque medieval ruin, is based on a sketch by the architect Sanderson Miller in 1749 for his patron, Lord Hardwicke, the owner of Wimpole. The design was later realised in an amended form under the supervision of the great landscape designer Lancelot ‘Capability’ Brown from 1768-72.

In the following centuries, the ruin suffered gradual but extensive damage with many important characteristics being completely eroded while public access to the Tower and landscape was near enough impossible.

Located in the parkland of Wimpole Estate, the Gothic Tower presented a complex conservation challenge for the National Trust. The work called for repair of the structure, stabilization of the stonework and reinstatement of missing components of the building, while preserving the weathered beauty and original ‘ruined’ appearance.

The completion of the project allows visitors the chance to explore the Tower and surrounding area and enjoy the views across the estate. 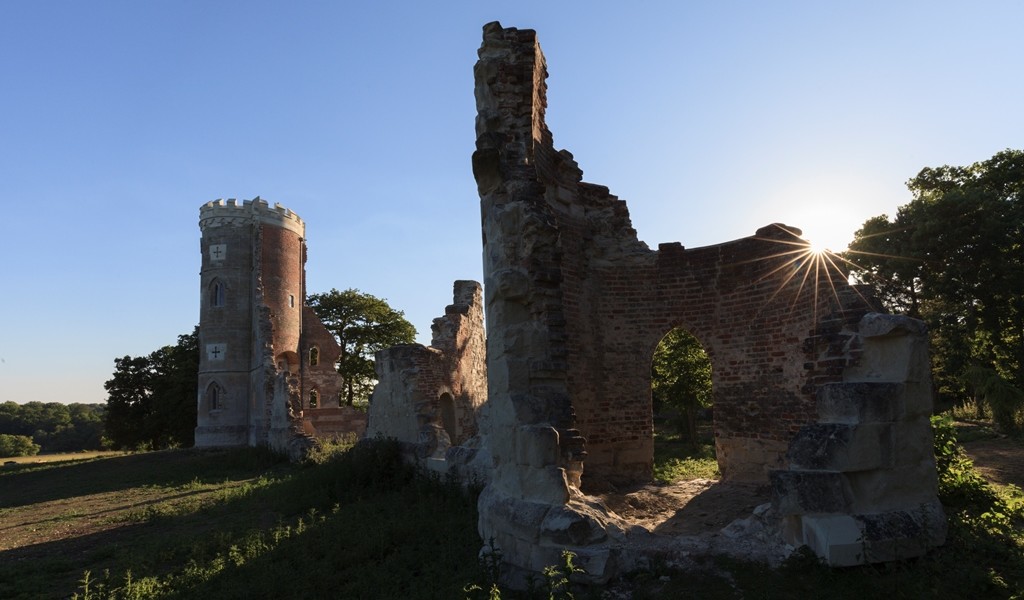 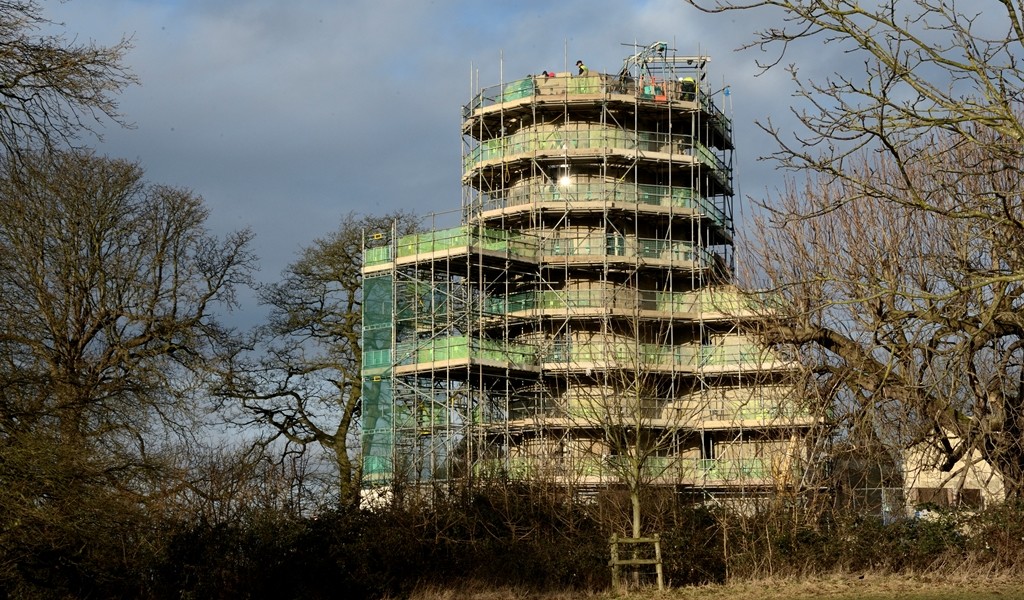 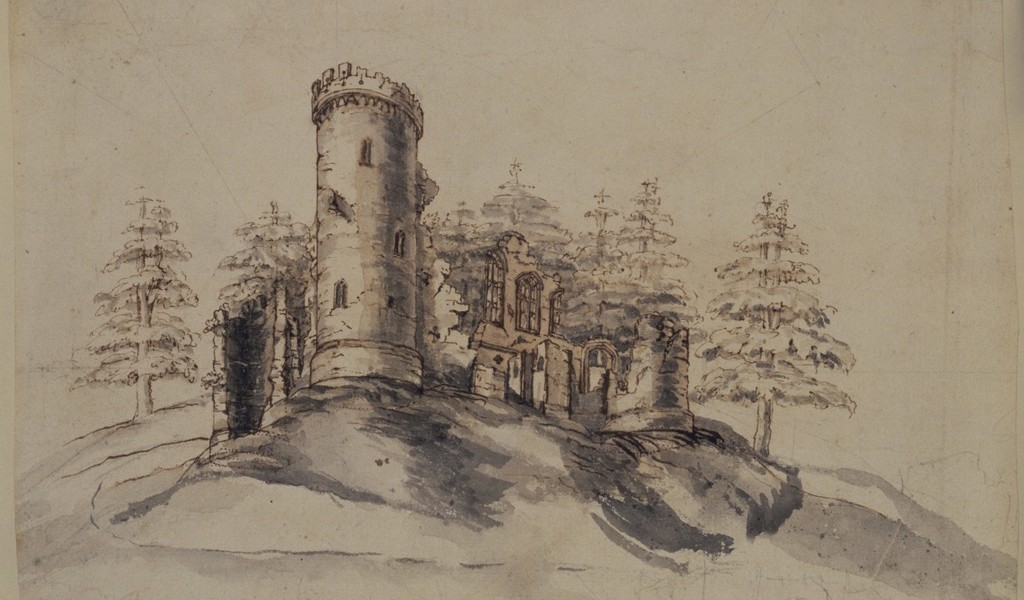 “We’re delighted to have been recognised by the European Commission and Europa Nostra and it means a lot to the National Trust and to the staff and volunteers at Wimpole,” said Wendy Monkhouse, National Trust Curator in the East of England.  “The success of the project has been achieved by understanding the building and its needs, painstaking research, and meticulous attention to detail, to enable a stone by stone conservation to be undertaken. This standard of conservation was made possible by funding managed by Natural England, some special bequests to the National Trust, and the support from our members.”

In assessing Wimpole’s Gothic Tower, the Awards jury commented: “Intellectually, this project raises questions about the preservation of a designed ruin and inspires thought about the nature of conservation. It is informed by detailed research and archaeological recordings and is a model of cooperative endeavor. This is an extraordinary example of a restoration of an iconic ruin which has served as an example for the construction of similar structures in Europe.”

For the 2016 EU Prize for Cultural Heritage / Europa Nostra Awards, independent expert juries assessed a total of 187 applications, submitted by organisations and individuals from 36 countries across Europe.

The three other projects from the UK that won awards this year were: in the Conservation category, the Knockando Woolmill in Aberlour, Moray; in the Research category, the Prehistoric Picture Project. Pitoti: Digital Rock-Art, Cambridge; and in the Education, Training and Awareness-Raising, the programme ‘Heritage Schools’, Bristol.

Along with the other 27 award winners, Wimpole’s Gothic Tower will be further considered for one of seven Grand Prix awards along with one chosen in a public vote. Members of the public can now vote online for the Public Choice Award to support their favourite project. The Grand Prix and Public Choice Awards will be announced as part of a high-profile event celebrating the winners on 24 May in Madrid.