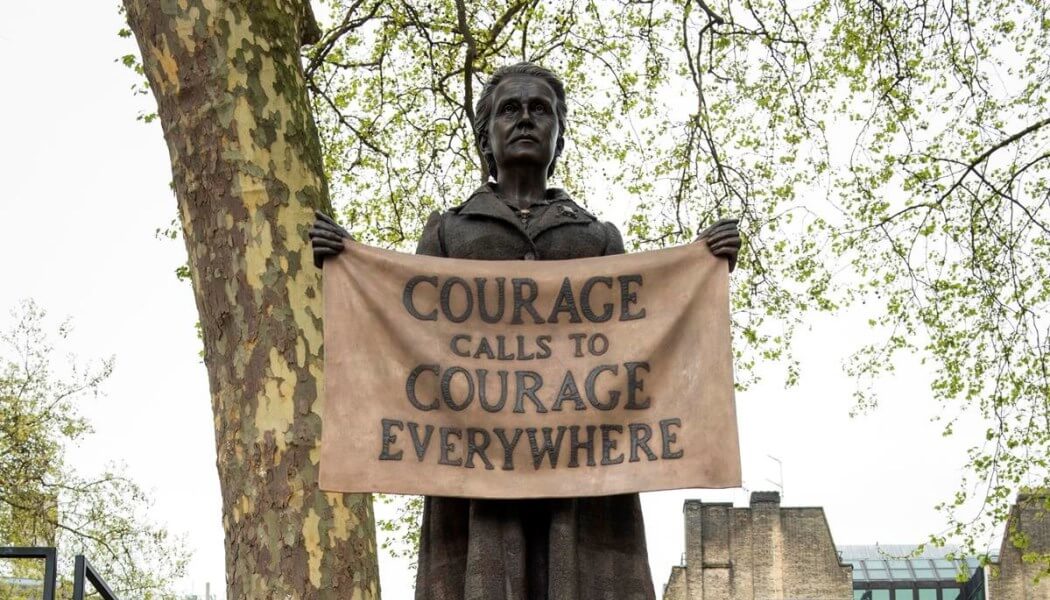 This week an historic statue of Suffragist leader Millicent Fawcett was unveiled in Parliament Square amid a year-long celebration to mark the centenary of the People’s Representation Act which gave some women the right to vote. Also this weekend the National Trust has partnered with the National Portrait Gallery for a major touring exhibition representing the faces of the suffrage movements

The new Millicent Fawcett statue, created by Turner Prize-winning artist Gillian Wearing, is the first-ever statue in Parliament Square of a woman and has been funded through the Government’s £5m Centenary Fund. Millicent Fawcett became leader of the National Union of Women’s Suffrage Societies in 1890 and was a tireless campaigner of women’s suffrage through peaceful means. Her stature stands near Mahatma Gandhi and Nelson Mandela who both stood up to inequality in their own extraordinary ways.

The statue was commissioned by the Mayor of London with 14-18 NOW, Firstsite and Iniva to commemorate the centenary of the Representation of the People Act 1918, through the Government’s national centenary fund.

Prime Minister, Theresa May, who was at the unveiling this week, said: “I would not be here today as Prime Minister, no female MPs would have taken their seats in Parliament, none of us would have the rights and protections we now enjoy, were it not for Dame Millicent Garret Fawcett.”

The fact it took a century for a statue of an influential woman to be erected outside parliament was not lost on campaigner Caroline Criado Perez OBE who led the successful campaign for the statue, which included a change.org petition signed by almost 85,000 people, said: “When I went for a run in Parliament Square two years ago and first noticed that all the statues there were of men I could never have imagined quite how perfectly the dream would eventually be realised.”

This weekend the Faces of Change: Votes for Women exhibition will launch at The Workhouse, Nottinghamshire and will also feature a portrait of Millicent Fawcett as a key player in the realisation of votes for women. The touring exhibition will visit three trust properties and celebrates the women’s suffrage anniversary in partnership with National Portrait Gallery. 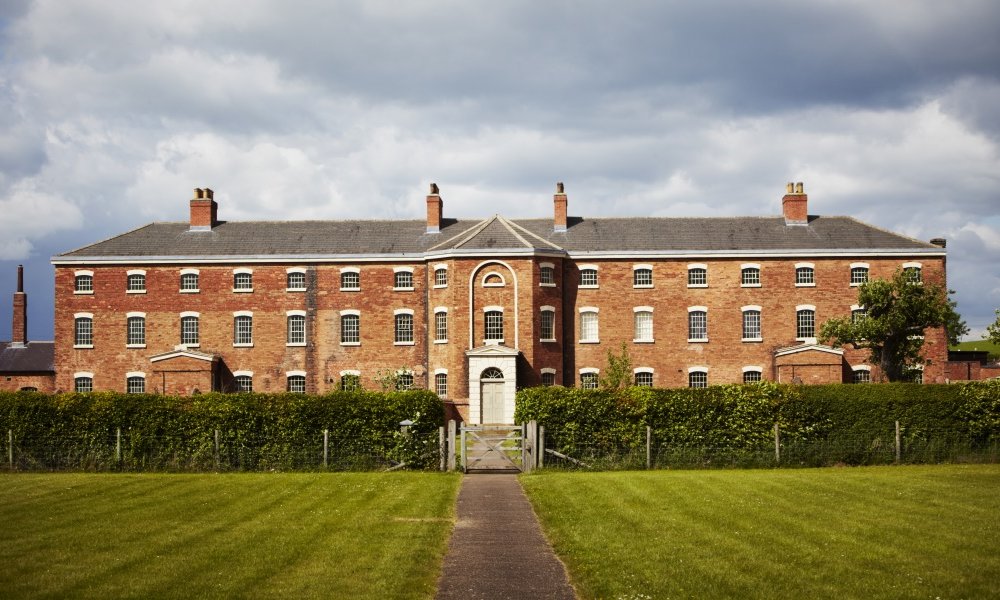 Drawn from the National Portrait Gallery Collection, the exhibition includes well-known but also rarely seen paintings, drawings, photographs and archival documents. They will be displayed alongside items from each property’s collections or archives to bring portraiture and places together.

The touring exhibition presents an overview of the campaign for Votes for Women from the late 19th century until 1918.  It will include portraits of key figures such as suffragette Emmeline Pankhurst and her daughters Christabel and Sylvia, and surveillance photographs of militant suffragettes, issued to the National Portrait Gallery by Scotland Yard during the height of activist violence. 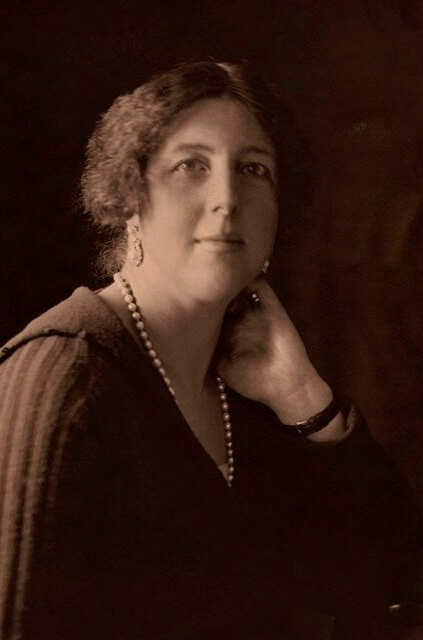 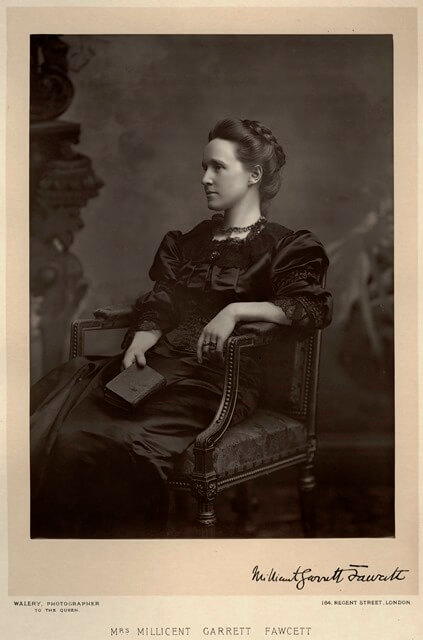 Visitors will also be able to see portraits of women and men on both sides of the suffrage debate including doctors, writers, actors and politicians. Each place will show how it connects to this national story.

Also on display will be portraits representing the legacy of the suffrage campaign, including a drawing of Nancy Astor, the first woman to take her seat as an MP in the House of Commons, by John Singer Sargent, alongside a photograph of MP Ellen Wilkinson leading the Jarrow March in 1936.

Both organisations are staging their own year-long commemorations to mark the women’s suffrage centenary. For its Women and Power programme, the National Trust is holding events and exhibitions to explore the lives of those who fought for the vote, as well as others who influenced change throughout history.

The National Portrait Gallery is holding Rebel Women, to include displays, a trail highlighting inspirational women in the collection, and a rich programme of events and activities for schools to inspire and engage young people.

Faces of Change: Votes for Women Exhibition Destinations and Dates

Beginning at The Workhouse in Southwell, the exhibition will be seen not only in the context of the working women who joined the campaign but also those whose lives were deeply affected by the lack of political representation. The exhibition has a local focus on the work of Lady Laura Elizabeth Ridding, the first female guardian of The Workhouse Southwell and a Founder member of the National Union of Women Workers. Items from the property’s collection will include original photographs and objects which shed light on the conditions of women’s work at The Workhouse.

The exhibition then moves to Killerton in Devon where two generations of Acland women held deeply divided views on women’s suffrage. Gertrude Acland was a founder member of Exeter’s anti-suffrage league whilst her niece, Eleanor Acland, was a founder member of the Liberal Women’s Suffrage Union. The display includes portraits of those who, like Gertrude, did not support votes for women. Alongside the exhibition, a display of fashion from Killerton’s collection will explore how women’s dress became politicised during the campaign.

The final location for the exhibition will be Mount Stewart in Northern Ireland which has a history of extraordinary women, notably Edith, Lady Londonderry, the founder of the Women’s Legion.  Here the exhibition will not only look at her role in the campaign for women’s votes, it will spark discussion about the role and tactics employed by the peaceful suffragists compared to the militant suffragettes. Items from the property’s collection will include Edith, Lady Londonderry’s Women’s Legion Uniform, the military DBE awarded to her for war work in 1917, and portraits by society painters John Singer Sargent and Philip de László.

The statue of Millicent Fawcett was partly commissioned by 14-18 NOW, which is organising a series of marches on 10 June.