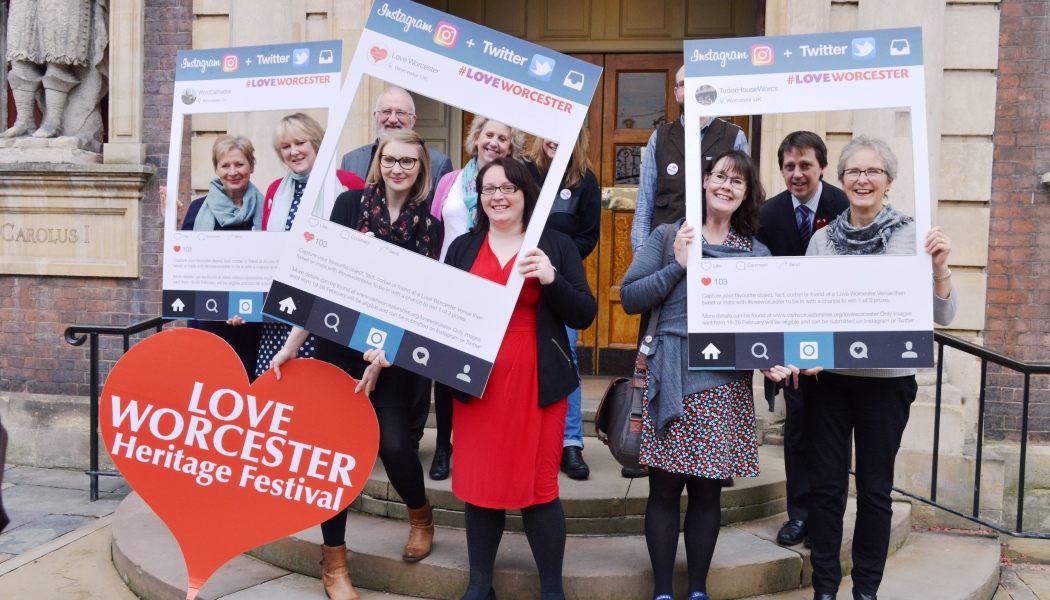 A four-hour bell ringing session at 10am on Saturday at Worcester Cathedral, the burial place of King John, will be the call to action for the ten-day Love Worcester Heritage Festival

The festival is organised by the City of Worcester Heritage Partnership, a voluntary group made up of museum and heritage leaders, which meets four times a year to share information and ideas.

Established in 2011, this year’s annual festival will feature 22 events across 12 venues including a heart dissection at The Infirmary Museum, the birthplace of the British Medical Association, King Lear at the Georgian-era St Swithun’s Church and Living History at The Commandery, the headquarters of the Royalist forces during the Civil War. 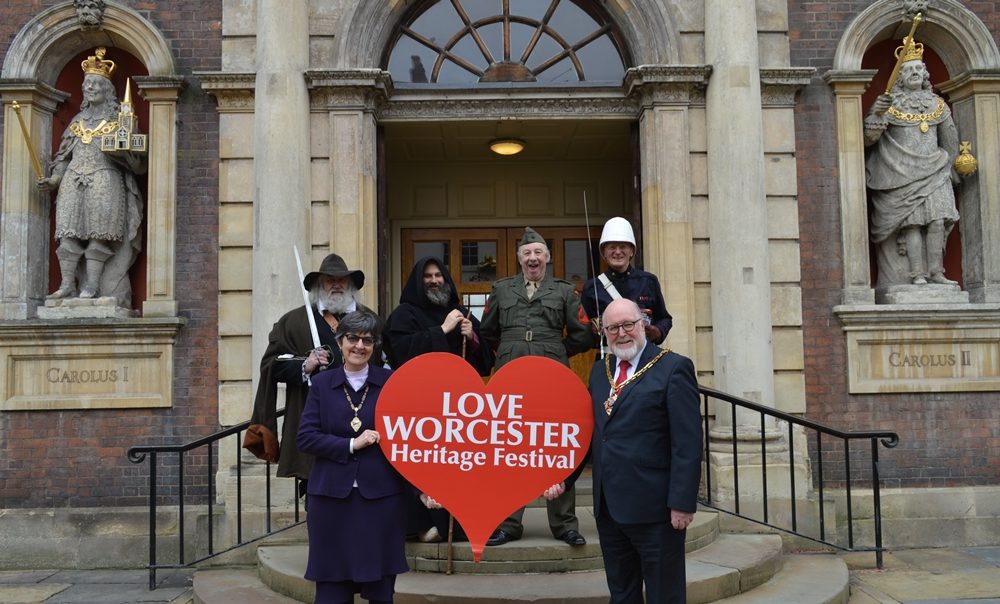 The Mayor and Mayoress of Worcester, couns Paul and Lynn Denham, with enactment enthusiasts; Brian Bullock, dressed as 17th century civilian, Christopher Price, reinacting a monk of the 1450s, David Walker as WWII pilot from the 3rd Marine Air Wing US Marine Corp and Bob Coates as a Zulu War Pay Master from 1879

The festival is held during half-term to maximise family participation and in collaboration with the Tourist Information Centre to kick-start the tourist season in Worcester. The partnership has also delivered 20,000 leaflets to make sure information about the festival is at hand on people’s doorsteps.

“The main aim is to get all the heritage partners working together for 10 days during the festival,” said Mark Macleod, chair of the partnership and manager of the Infirmary Museum, Worcester. “The key thing to mention is that all the organisations get along throughout the year, we all plan events so as not to clash and we don’t compete but complement each other.”

The Love Worcester 2017 programme, launched at the city’s Guildhall, includes a new short promotional film funded by Museums Worcestershire and ACE, which highlights the many heritage venues in the city open for exploration. These include the Worcester Cathedral, which will host a talk on three-times Prime Minister and local Stanley Baldwin, MP and Worcester Art Gallery and Museum, which will showcase masters in its collection and on loan during the festival.

“For the visitor point of view the festival means there is more on offer in the city with a range of activities to get involved in,” said Macleod. “For the partnership it allows us to gauge how the tourist sector is doing.”

The partnership is now considering a joint approach to Heritage Open Days in September to complement the Love Worcester Heritage Festival.