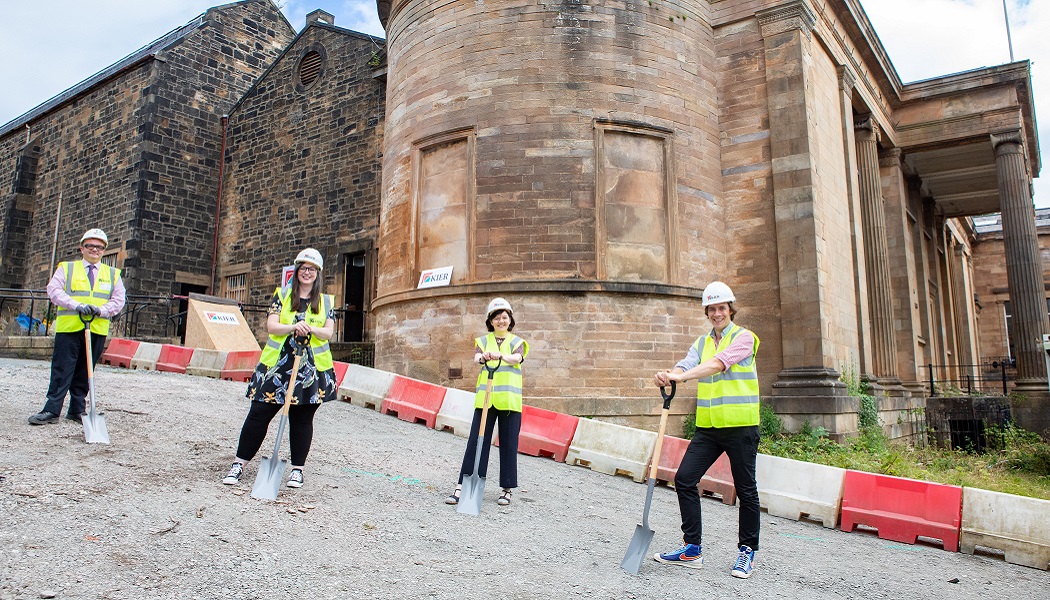 Contractors are now on site at Paisley Museum as the venue’s £42 million overhaul begins across all four buildings of its campus.

The scheme will see Scotland’s first public observatory and Paisley’s A-listed Town Hall restored and refurbished, with a new learning and cultural hub housing library services set to be created on the town’s High Street.

A 20% increase in the overall museum campus will yield a 27% growth of public space and 26% more gallery space, allowing for the reinterpretation and redisplay of Paisley’s internationally-significant collections – enabling double the number of items to be exhibited. 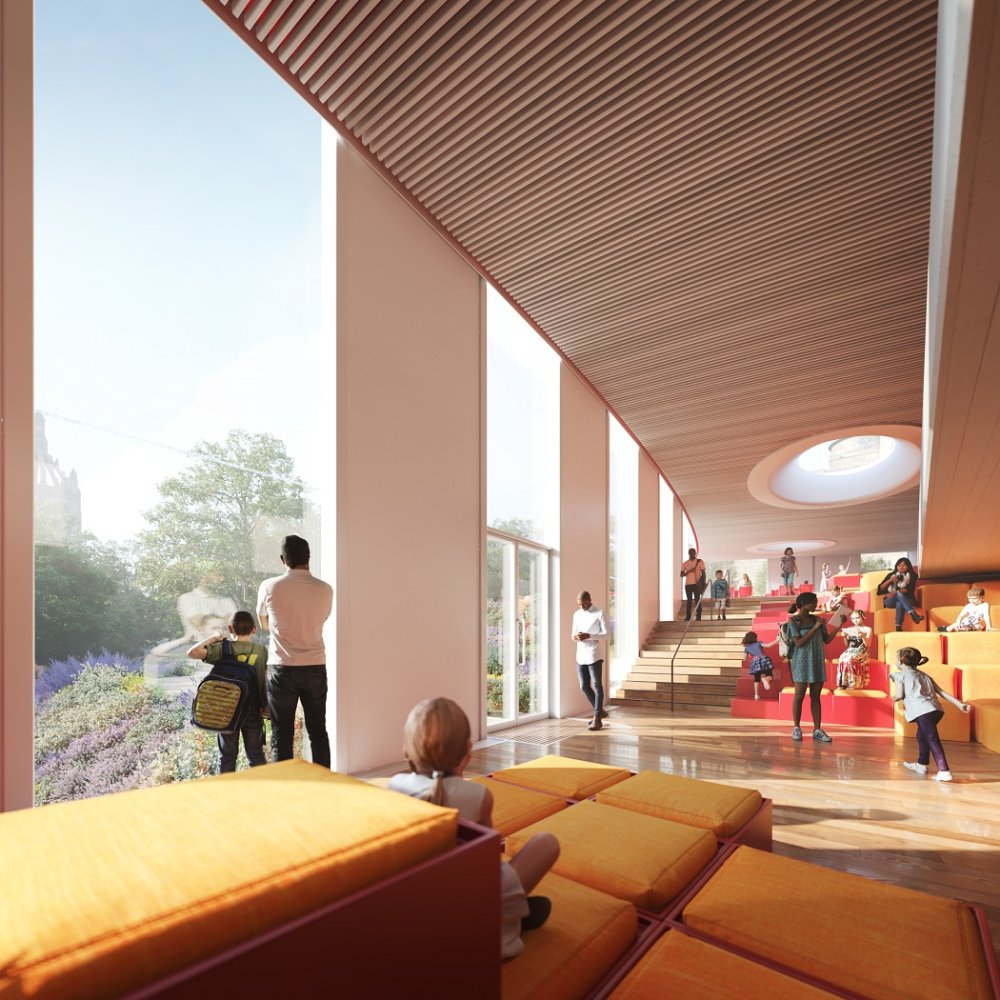 Interior of the Garden Gallery

The Paisley Museum Reimagined project will include a new Garden Gallery, which will be located in a new-build extension housing both an accessible visitor reception and café. The space will aim to provide spectacular views and a unique social space connecting the museum with the outdoor landscape.

Elsewhere, there will be two dedicated learning spaces, a makers’ space and a revamped heritage centre. Other notable additions to the campus include a public courtyard, revitalised shop, multifaith prayer room and design tweaks for greater accessibility – with new lifts being installed.

Construction, which is being led by Kier, is scheduled for completion by late 2022, with the museum set for reopening to the public in 2023.

When Paisley Museum opens its doors again, the goal is for the site to attract 128,000 visitors each year. A £79 million economic boost to the area’s economy over the next three decades is also central to the local authority’s plans for the new jewel in its cultural crown. 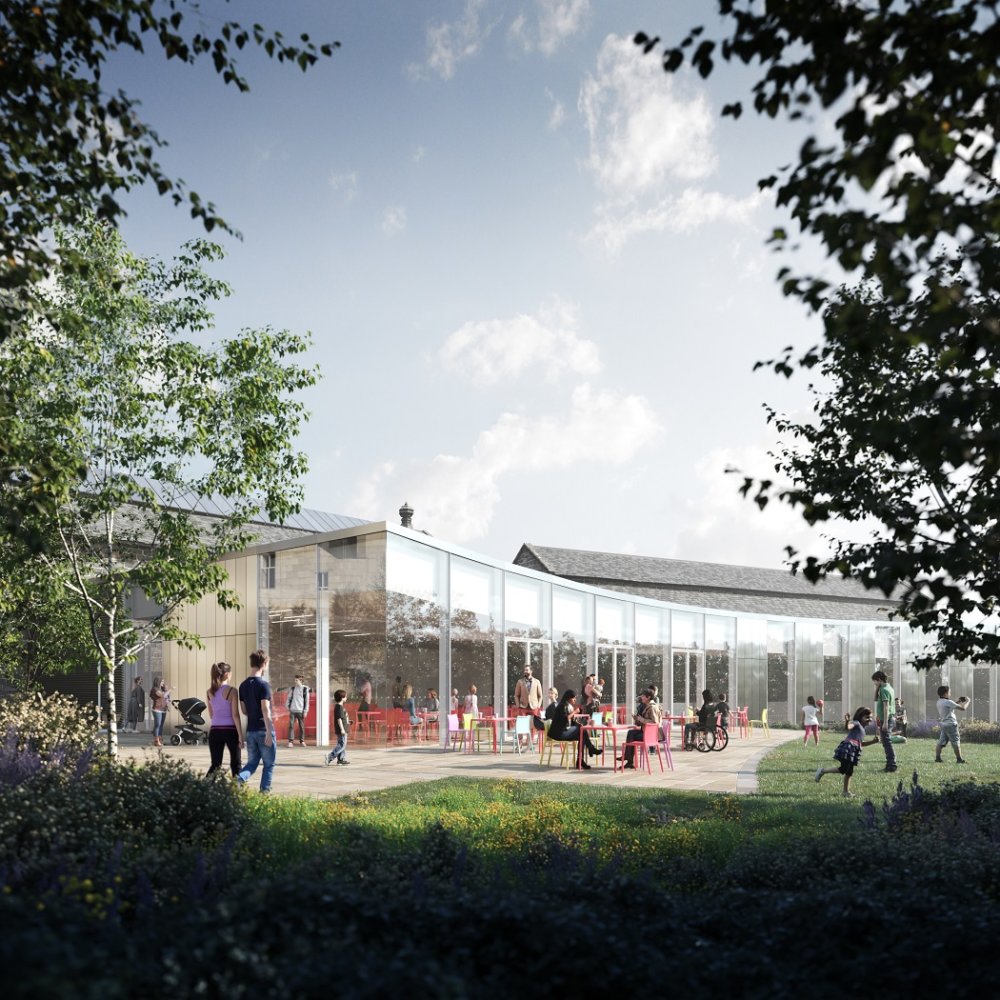 Exterior of the Paisley Museum café

“The beginning of work on site is a major step forward in our journey to transform Paisley Museum into a world-class destination, bringing in visitors from across Scotland, the UK and abroad,” notes Councillor Lisa-Marie Hughes, chair of Renfrewshire Leisure charitable arts and leisure trust.

“The project is part of a wider investment by the council in Paisley’s venues to transform the town centre and take the work already done to make the town a key cultural destination within Scotland to a new level.”

Paisley Museum Reimagined is being funded by Renfrewshire Council, the National Lottery Heritage Fund and the Scottish Government’s Regeneration Capital Grant Fund. A final £5 million fundraising push is now also being conducted by the museum.