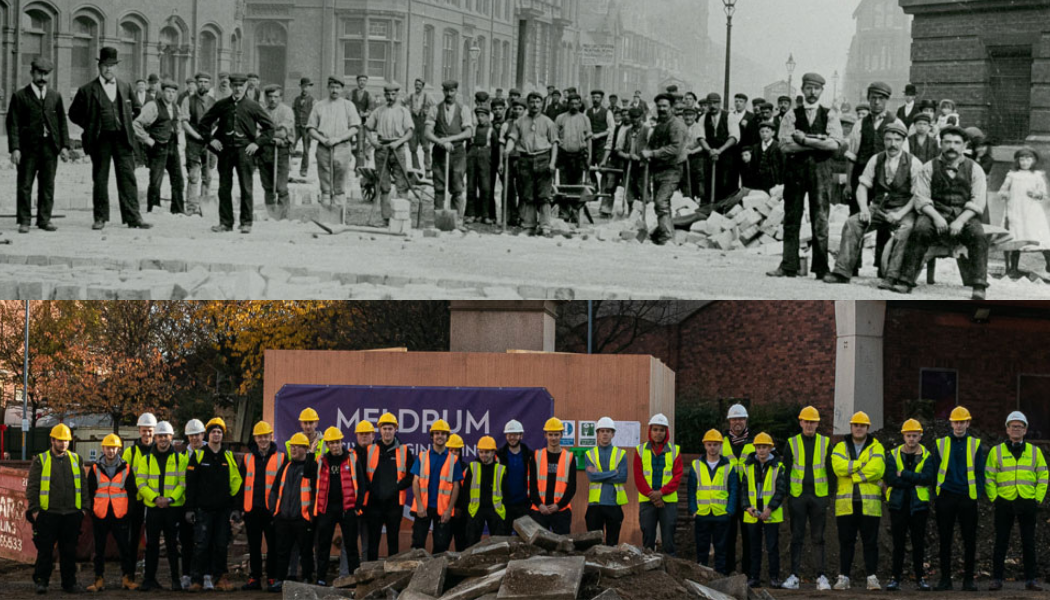 Image: The construction team in 1902 and 2022 (Middlesbrough Council)
Share

The latest photo continues a tradition at the heritage site during major transformations, and will go on display at exhibitions of Middlesbrough’s history.

Workers transforming a Middlesbrough heritage site have recreated a 120 year old photograph of their counterparts, continuing a century old tradition.

The team working on the major overhaul of Exchange Square gathered for the photo as their counterparts did in 1902 and again in 1987.

Work is currently underway at the town’s Historic Quarter, home to the statue of ironmaster and Middlesbrough founding father Henry Bolckow.

Work on the £620,000 overhaul by contractor Meldrum Construction Services and a specialist conservator began in October and is due for completion this Spring. The 2022 workforce have been joined by students from Middlesbrough College, who have been given work experience and site tours by Meldrum.

Vicky Holbrough, Co-Director of Navigator North, said: “We were thrilled to be able to initiate the documentation of a key moment and the people involved in the development of Exchange Square and for that to become part of the ongoing work we are doing to celebrate the town and its fantastic heritage through our cultural programme.” 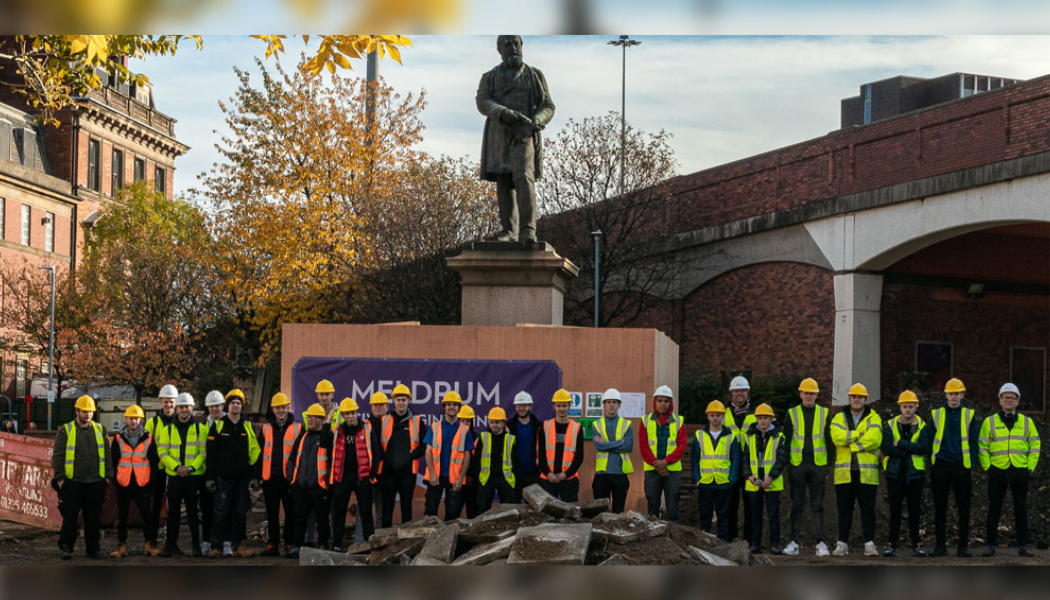 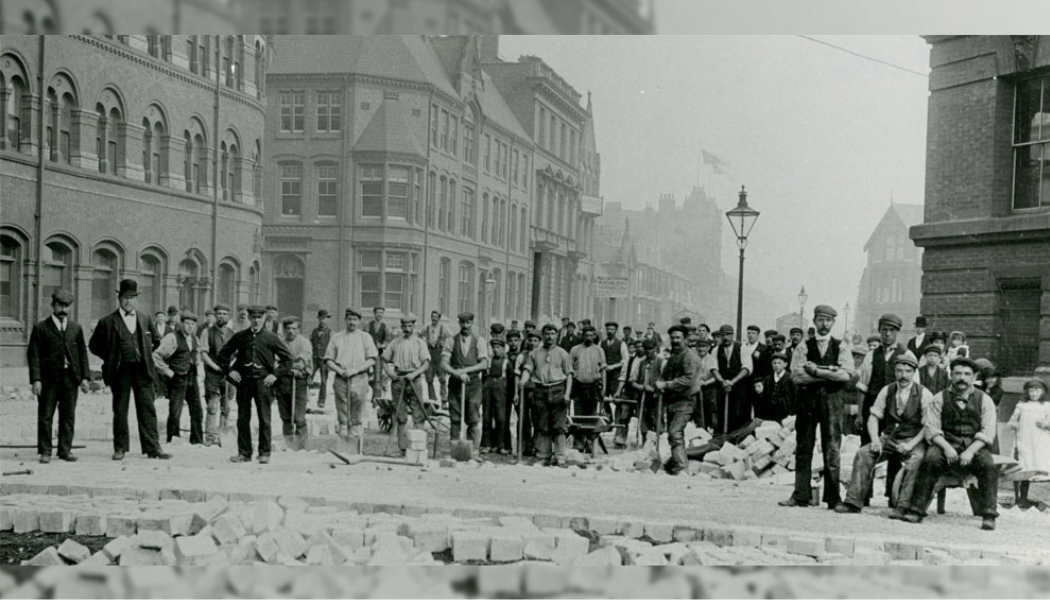 The photo will feature in forthcoming exhibitions and form part of the historic archive charting Middlesbrough’s growth and development.

Councillor Stephen Hill, Middlesbrough Council’s Executive member for Culture & Communities, said: “It’s amazing to see the workers’ predecessors in 1902 and 1987 – I’m sure they’d be proud of the latest work that builds on their own skill and craftsmanship.

“It’s also great to see their 2022 counterparts getting into the spirit and carrying on the tradition of taking the photo, so that the latest workers now are a part of the site’s living history.”

Maria Carballeira, from Historic England added: “The pictures showing the same pose by workers at Exchange Square, past and present, is a brilliant way of bringing the history of the area to life and connecting with the local community.

“This is part of our ambitious Cultural Programme, with support from the National Lottery Heritage Fund and Arts Council England.”