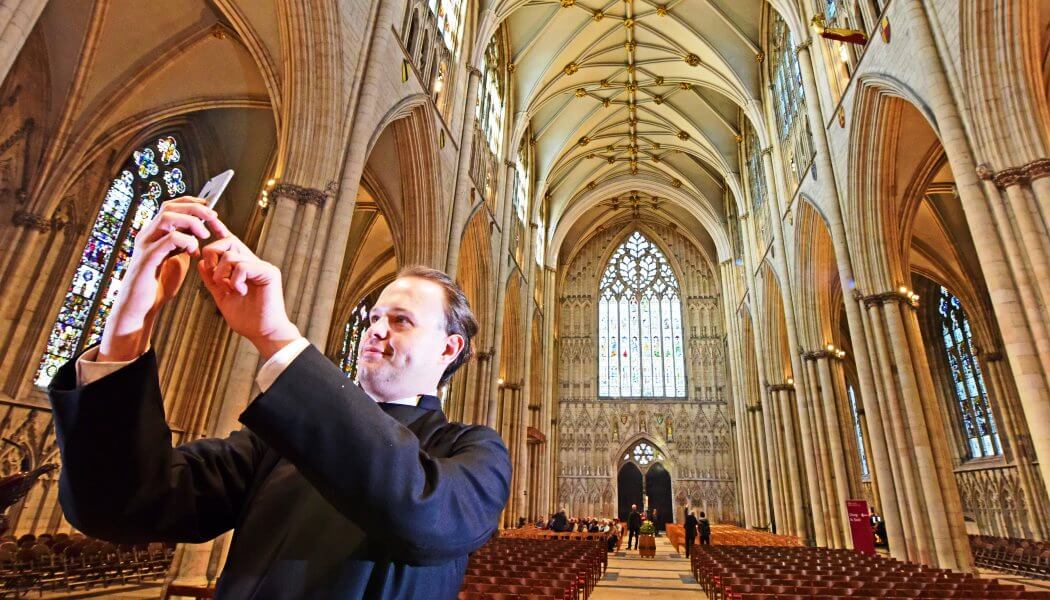 York Minster is one of 12 of England’s historic cities which has collaborated to develop an innovative augmented reality (AR) product, set to bring heritage to life in a dynamic new way. The ground-breaking new AR experience is being launched to US visitors this week in a collaboration with VisitEngland and VisitBritain

The augmented reality project has been a year in the planning and was primarily developed to appeal to a younger American audience, (York Minster is the most popular attraction with Americans of which 74 per cent visiting), by reinterpreting England’s history in a dynamic new way. Visit York collaborated with England’s Heritage Cities in putting forward a funding bid to VisitEngland to be part of this project and other cities involved include: Bath, Cambridge, Carlisle, Chester, Durham, Greenwich, Lancaster, Lincoln, Oxford, Salisbury and Stratford-upon-Avon.

The project brings to life some of the most fascinating characters connected to 12 of England’s most historic cities. With the new app, visitors to York Minster will be able to explore its stories through the eyes of their guide, 19th century Choirboy Robert Swinbank, who raised the alarm on spotting a great fire in York Minster in 1829. Visitors can also find out who cut off the heads of the church’s grand stone statues and marvel at John Thornton’s enormous stained glass window, which predicts the end of the world. 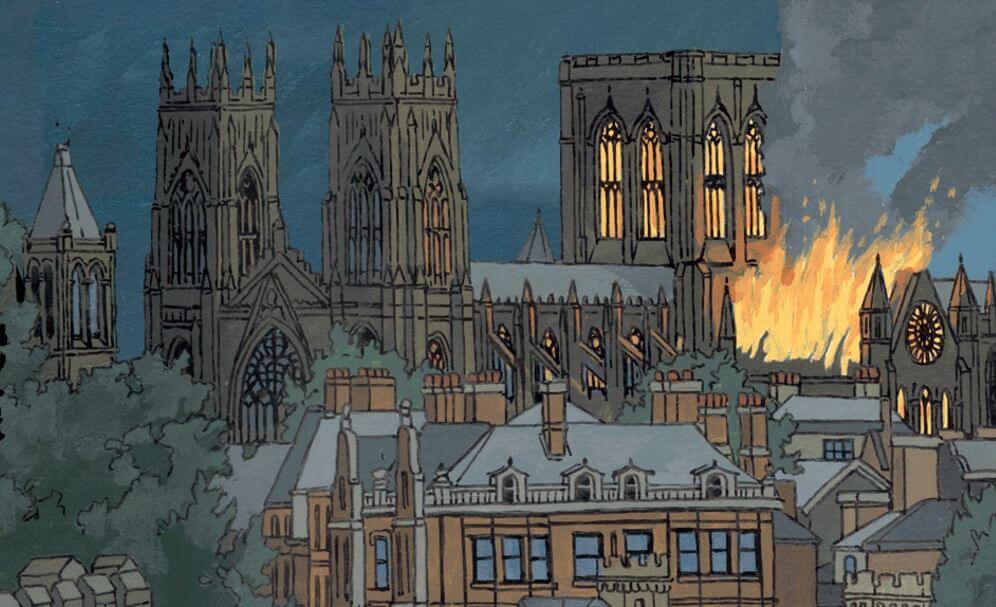 “The app uses cutting-edge technology to give some of York Minster’s most significant stories a fresh perspective and bring some of York’s fascinating real life characters to life,” said Michelle Brown, Marketing Manager, Visit York, a part of Make It York. “In a rapidly changing and competitive tourism environment, the use of AR technology will offer a point of difference that will attract visitors and showcase the best of the city.  This is a true marrying of old and new, inspiring a new generation of American visitors to step back into the past using the latest technology.”

The US has consistently been York’s top inbound tourism market for the last ten years with 16 per cent of York’s overseas visitors travelling from the US, which equates to approximately 37,000 a year. Two key motivating figures for the new project were that 35 per cent of Americans visiting York are under 45, 89 per cent of whom are travelling without children, and 91 per cent of American visitors to York now have a smartphone (34k visitors).

Stacey Healey, Marketing Manager, York Minster, said, “We were delighted to be chosen as a key partner in this innovative project.  York’s new app is set to transform the visitor experience by showcasing the cathedral to new, technologically motivated audiences, which will offer visitors the chance to engage with York Minster in a completely new way.”

The new app, ‘England’s Historic Cities’, is available to download for free in google play and on the app store or at www.historic-cities.com/stories.

How can furniture design transform the look and feel of a museum and gallery? Q&A with Christian O’Reilly