The sculpture, named ‘Peter’s Fold’ was built with Yorkshire sandstone, using drystone techniques by expert wallers who have previously worked with the Goldsworthy. It is built around a common lime tree. 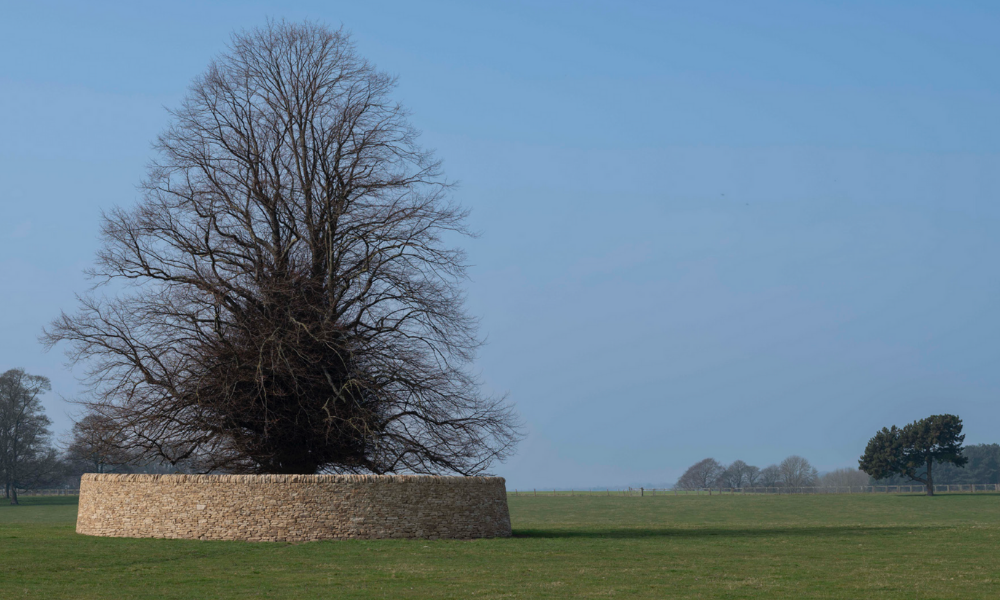 Goldsworthy, who has a long relationship with the organisation and who proposed Peter’s Fold near the Longside Gallery at YSP, has previously taken residency at the Park.His work has included an exhibition in 2007-08, which YSP’s called one of the best-loved and most visited projects.

Murray, who was Knighted in 2022 for his contribution to culture, founded YSP whilst he was Principal Lecturer at Bretton Hall College with an exhibition of sculpture in its grounds in 1977.

Peter’s Fold joins three other permanent sculptures by Goldsworthy that relate to the history and politics of landscape. These are Outclosure, in the Round Wood, Hanging Trees on Oxley Bank and the functioning Sheep Fold in the Country Park.

Peter’s Fold is a celebration of Peter’s achievement in creating YSP, made by someone with a close connection to the place and is a gift from the artist, supported by the collector Roger Evans who also helped make the earlier Land Art works at YSP possible.

In January Yorkshire Sculpture Park’s Director of Programme, Clare Lilley, was announced as its new Director and takes up the role this month.