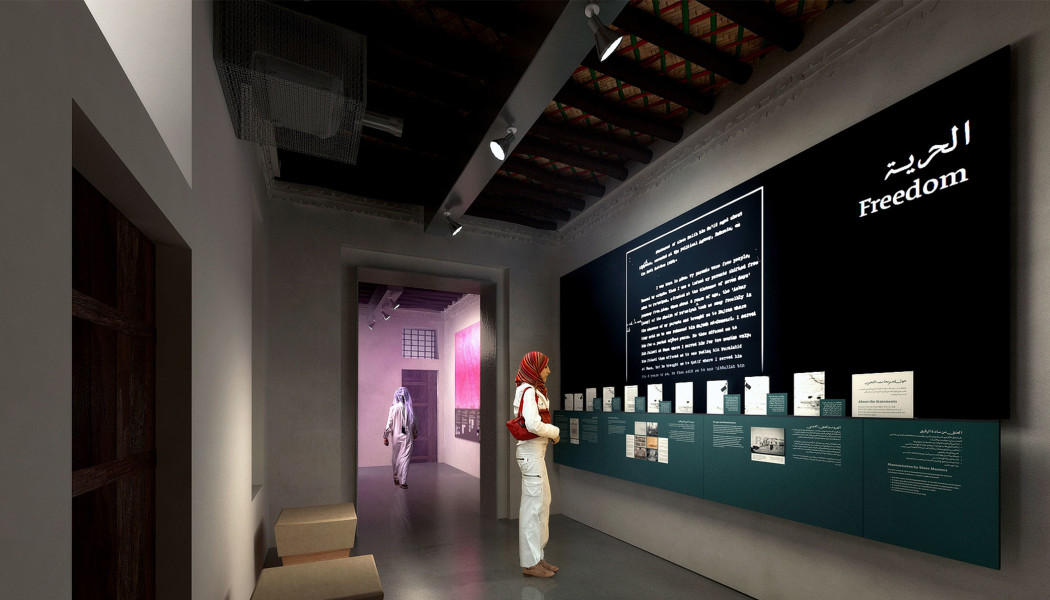 Msheireb Properties, a subsidiary of Qatar Foundation, has inaugurated the Heritage House Museums in Doha with the technical development and execution of the museum project carried out by ACCCIONA Producciones y Diseño

The Heritage House Museums in Doha, Qatar was opened to the public recently with the official opening ceremony was presided by Her Highness Sheikha Mozah bint Nasser, President of the Qatar Foundation, the owner of the museum complex. It consists of four traditional Qatari houses from the early 20th century that have been adapted to accommodate four thematic museums.

In total, the museums cover almost 3,000sq m, distributed among four traditional houses that have been refurbished. Each one is dedicated to a historical theme of Qatar during the 20th century: slavery in the region, the role of oil, local traditions, and iconic elements of daily life such as decoration. These museums will be one of the main attractions of the renovated Msheireb Downtown Doha neighbourhood. Once the renovation work is completed in 2016 it will become the government and cultural centre of Qatar.

The first of the museums – ‘Bin Jelmood House’ – is dedicated to the history of slavery from its origins up to the situation that still persists today. To reflect it, a design characterised by the use of audiovisual resources has been chosen, using a range of techniques that include 3D reconstruction, cartoons, historical reconstruction and the recording of real testimonies on film. These audiovisuals plunge the visitor into an immersive experience through synchronised multiscreens, touch devices and projections adapted to the architecture of the building that are synchronized with the illumination of the items on display. To complete the exhibition, ACCIONA Producciones y Diseño has also created a ‘Commitment Room’, an interactive space where the visitor can take a photo to symbolise his/her rejection of slavery; the photo is then projected onto a mosaic on the wall in the room.

The second house museum is the ‘Company House’, which pays homage to Qatari workers who pioneered the exploitation and extraction of oil in the country. The content of the museum is structured in images and documents related to the discovery of oil and its exploitation in the early years. ACCIONA Producciones y Diseño has included an immersive audiovisual, shot in very high resolution, that depicts the history of Qatar and its relationship with oil, combining real images, archive photos and 3D images projected onto three screens in the form of a trapezium. The resolution is 4K and the sound 7.1, with a soundtrack composed specially for this audiovisual montage.

The ‘Mohammed bin Jassim House’ aims to make visitors feel part of the history of the neighbourhood of Msheireb and the ambitious reform project that is being carried out, using interactive media and recreations. The ‘Media Dish’ stands out, a large interactive round table with bird’s eye projection and eight interactive points that can be activated by the visitor either simultaneously or separately. The projection shows a 3D reconstruction of the model for the Msheireb project, the location of buildings, the means of transport planned, the garbage collection system, green spaces or even the use of alternative energy sources. It also has a ‘teaching’ function that can be controlled from a tablet, helping teachers to explain the project to their students. The room also has a time-lapse projection onto a wall that describes the progress of the construction project. In the Mohammed bin Jassim House visitors can use a cabin to record and share their impressions of the urban planning project and also see recordings made by other visitors. 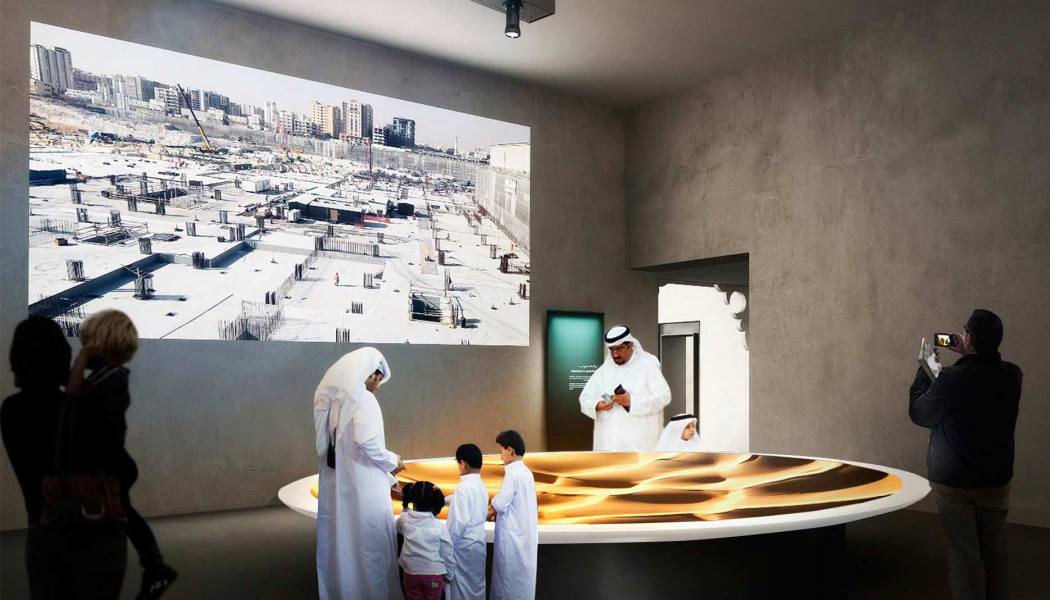 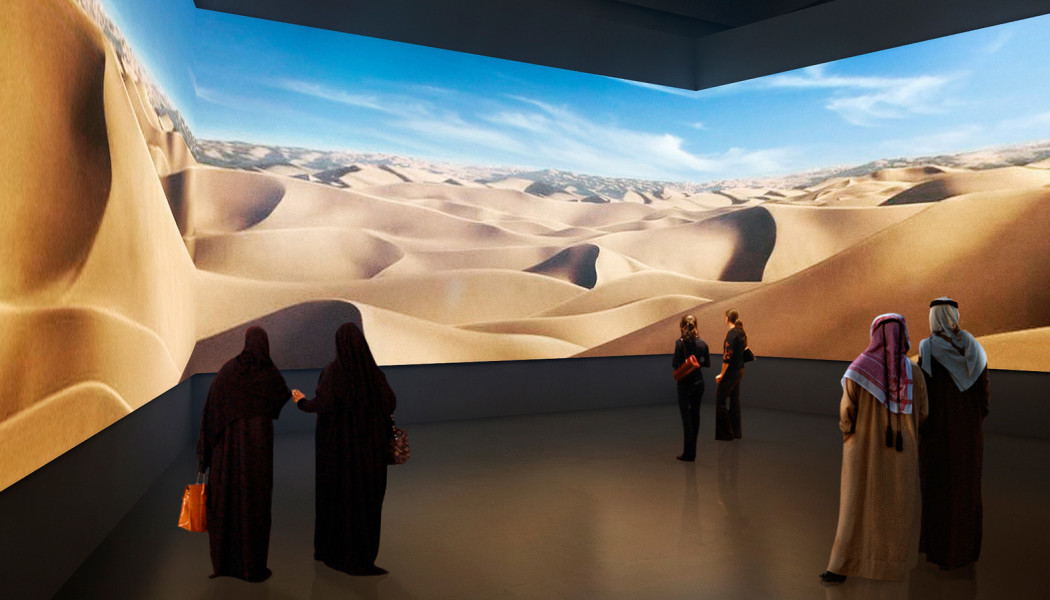 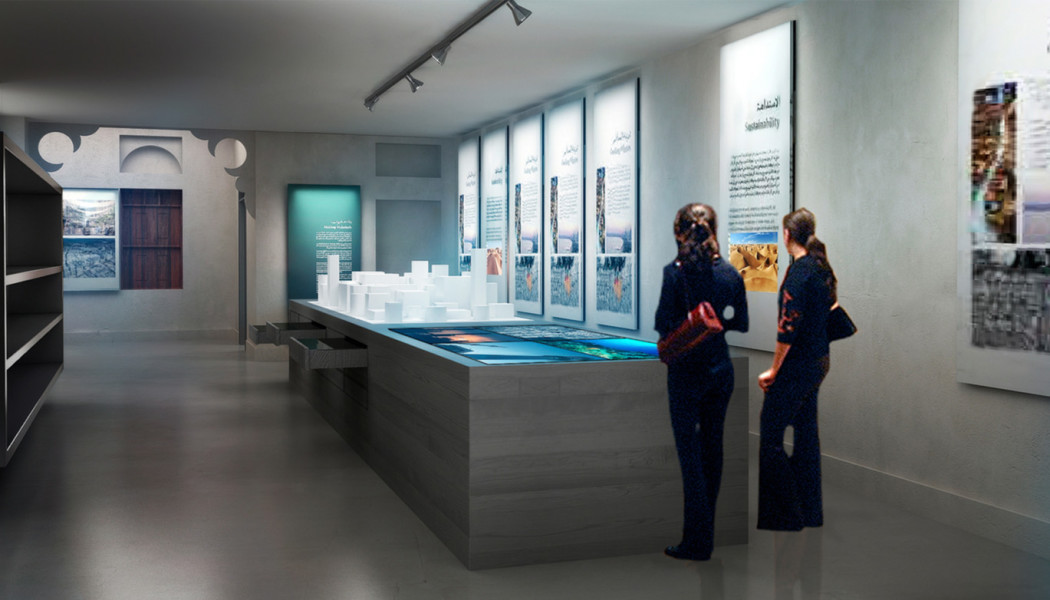 Finally, the ‘Radwani House’ recreates a traditional Qatari house with original furniture and the typical decoration of the region. The exhibition also contains recent archaeological finds.

The project comes under the rehabilitation work on the ‘Msheireb Downtown Doha’ area which, apart from the museum, includes residential areas, four government buildings, shops, a hospital and a cultural centre. It will be completed in 2018.

ACCIONA Producciones y Diseño has considerably increased its activity in the Middle East in recent years through several projects in Qatar. We would highlight the work done for the Islamic Art Museum of Doha and the Orientalist Museum of Qatar, where several exhibitions have been held. The latest was recently opened in the Islamic Art Museum under the title of THE HUNT. Princely Pursuits in Islamic Lands.

ACCIONA Producciones y Diseño, founded in 1992, specialises in the design and implementation of museums, exhibitions, events and spectacles for both public bodies and private companies. Its activity takes place within the framework of the concept of ‘Cultural Engineering’, i.e. projects that highlight a place’s cultural heritage through technical and social innovation and sustainable development. ACCIONA Producciones y Diseño is also the biggest European company in the museum and exhibition sector, with emblematic projects such as the National Museum of Oman or the House of European History, which will be opened in the next few months. ACCIONA Producciones y Diseño also has long-standing experience in the organisation of corporate and institutional events, the design and construction of stands, trade fairs and congresses and the development of theme parks and shopping centres.