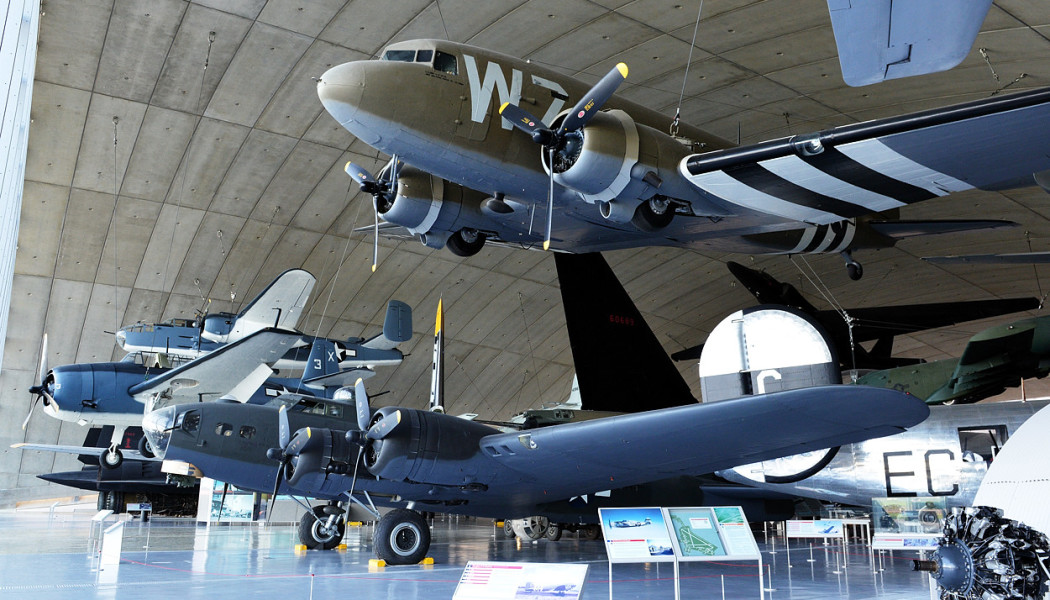 Antrim based fit-out specialist, Marcon has landed a major fit-out contract in the redevelopment project at the American Air Museum, one of the exhibition spaces at the renowned IWM Duxford, part of Imperial War Museums.

IWM Duxford has recently received funding from the Heritage Lottery Fund towards the American Air Museum redevelopment project. Working closely with leading interpretive designers Redman Partnership, Marcon will reconfigure the museum space to provide an enhanced experience for visitors. The project will greatly improve the museum for existing visitors and attract new audiences with state-of-the-art interpretive displays. The American Air Museum at IWM Duxford, Cambridge houses a unique collection of American aircraft which is the largest collection on public display outside the United States.

IWM Duxford is the UK’s best-preserved Second World War fighter station and was home to the US Eighth Air Force’s 78th Fighter Group from 1943–45.

Since opening to the public in 1997, the American Air Museum has hosted over five million visitors who have come to pay tribute to the American airmen who lost their lives fighting for world freedom from Great Britain and to admire the outstanding objects to be found in the exhibition.

Marcon’s specialist joinery facility will manufacture the set-works, displays and interactive exhibits and the project team will manage the installation of showcases, Audio Visual hardware and graphics.

Mark O’Connor, Director, Marcon Fit-Out comments; “We are really proud to have been entrusted with this prestigious project by Imperial War Museums and we are looking forward to working closely with the project team at the American Air Museum and the design team at Redman. I am really pleased because this significant project further enhances our growing reputation within the museum and heritage sector.

Bryn Redman, Partner, Redman Design concludes: “Redman Design are pleased to be working with Marcon on the re-display of the American Air Museum. We were impressed by Marcon’s commitment to delivering a high quality end product for this important project at IWM Duxford.”

Founded in 1917, Imperial War Museums is now the world’s leading authority on conflict and its impact, telling the story of the people who have lived, fought and died in conflicts from the First World War to the present day. IWM’s five branches are; IWM London; Churchill War Rooms; HMS Belfast moored in the Pool of London; IWM North, Trafford, Manchester and IWM Duxford, Cambridge.

Each branch provides a comprehensive range of permanent and temporary exhibitions consisting of exhibits from the permanent collections integrated with audio-visual interactive displays.

Marcon Fit-Out has been responsible for the fit-out of a number of iconic museums and exhibitions over the past number of years, namely Titanic Belfast, Down County Museum, Navan Fort, Carrickfergus Castle, the Guildhall and the Gobbins Path Visitors Centre.