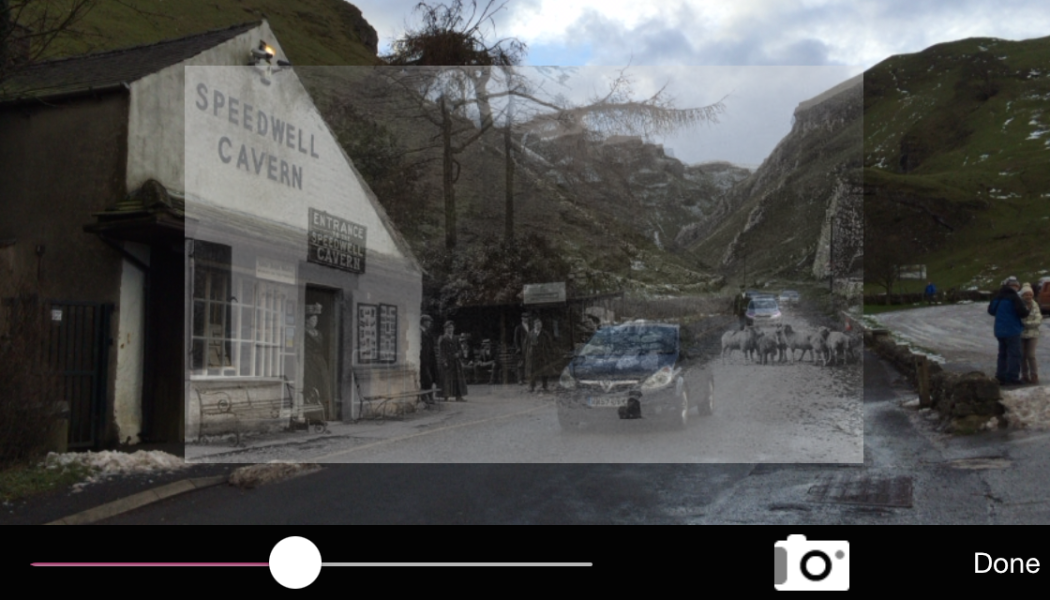 Android users can now travel back in time and explore Derbyshire and the Peak District in a whole new light.

Discovering which suburb was built by a Russian wrestler, how a duck made a lasting impression in a tree and why a social outcast had a hamlet named after him, are just some of the stories contained in the location-aware ‘virtual museum’ app.

James Berresford, CEO at Visit England grew up in Derbyshire, said: “As a local boy I was impressed by the range and depth of lesser known places and topics the app unearthed. It’s definitely not the usual run of the mill, to be expected content – well done!”

An innovative ‘superimpose’ feature allows app users to have fun taking their own versions of historic archive photographs. The free app also uses GPS to alert you when you have reached a story.

‘Discover Derbyshire & Peak District’ was first released on Apple’s iOS platform at Easter. Since then it has been downloaded over 2,000 times onto iPhone and iPads.

Dan Boys, Creator Director at Audio Trails, the company that developed the app said: “Due to the success of the iOS app and the feedback we have received we felt it was the right time to develop an Android version too. Now the vast majority of smartphone and tablet users can discover and enjoy the 225 hidden gems available on our free Android and iOS app.”

An updated version of the iOS app will follow shortly after the new Android app. Both feature a new search function, making it even easier to search for places within the app.

“You can continue to expect new stories, trails and functionality to be added to the apps over the coming months and years,” said Boys.

The free Android and iOS app can be downloaded here.