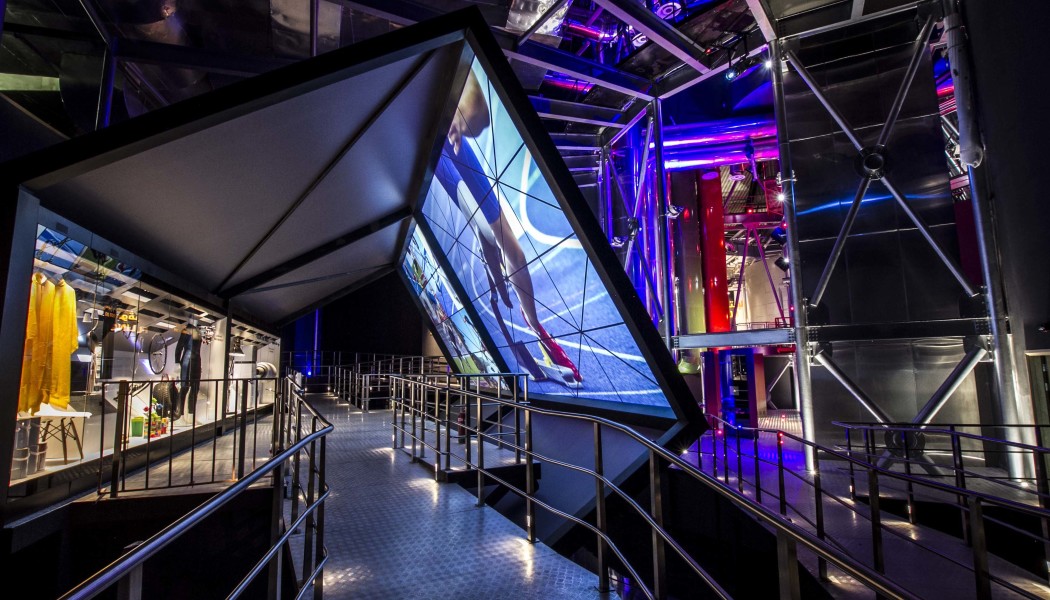 BECK are thrilled to deliver the Ahmad Al-Jaber Oil and Gas Museum (KOC), which was handed over to Kuwait Oil Company earlier this Summer

This highly interactive museum, opening in autumn 2016, is designed by Event Communications. Centred on the nation’s heroic story of oil, the exhibition narrates the country’s oil industry and its connection with both history and modern life. The Centre holds exquisite displays and exhibits to make it one of the Jewels in the region’s Crown.

Among the many hands on interactives, multimedia exhibits and objects displays, there are two central iconic features.

This 3m high polycarbonate tube periodically dumps six tonnes of simulated oil in a matter of seconds into the display, which demonstrates the vast quantities of oil being refined every minute at Kuwait Oil Company. The exhibit is surrounded by architectural models of the world’s most iconic buildings and are also filled with oil to represent these quantities. This single exhibit involved some serious engineering and structural calculations along with rigorous prototyping. 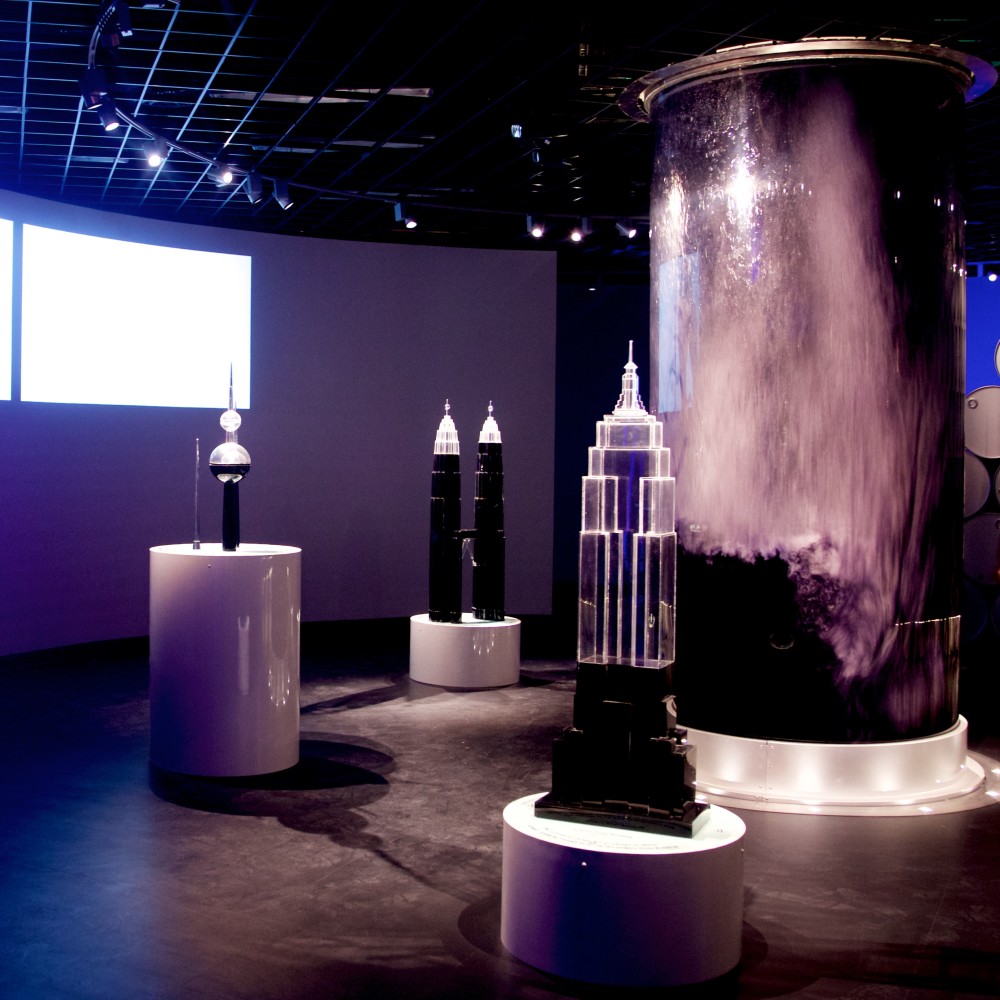 The Heroes of Fire theatre screens a powerful film complete with high energy pyrotechnics. The film relives the bravery of the teams responsible for capping the oil wells, following the attacks during the Gulf War. The film (undertaken by Graham English) identifies how the many countries came together to support Kuwait in averting a world changing disaster. The emotional imagery and narration coupled with the heat from the flame canisters makes for one of the most emotional films BECK have witnessed.

BECK were commissioned late on in the build of the project along with their sister company, the Hub, to complete the museum,  undertaking both the role of construction manager, prefabrication and installation of all setwork exhibits and the commission of specialist sub-contractors.

The Ahmad Al-Jaber Oil and Gas museum not only identifies the international reach of BECK and its unrivalled experience in managing and delivering projects in the Middle East region but the significance of British companies; from our world class designers and project managers such as Event, to audio visual, lighting, display case, model makers, interactive and graphic production specialists who are central to delivering many of the major museums around the world.