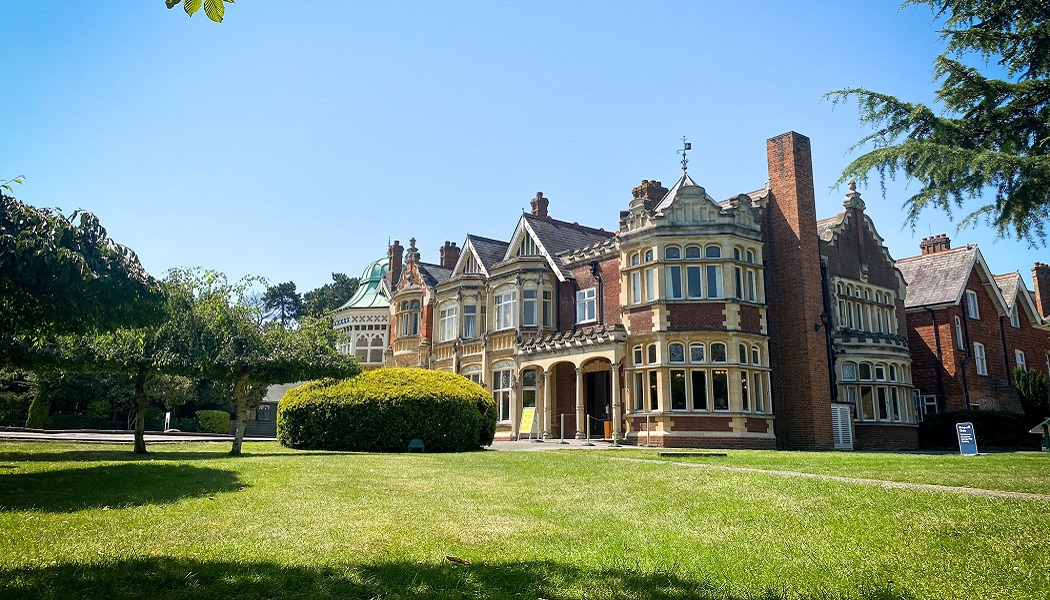 Ralph Appelbaum Associates and Marcon have successfully delivered the Design and Build project within Bletchley Park’s Grade 2 listed Block A to create their largest onsite exhibition, The Intelligence Factory.

Bletchley Park is an internationally renowned heritage attraction and museum and was home of the British World War Two codebreaking. During World War Two, the team at Bletchley grew from a small number of specialists to a vast intelligence factory of thousands of dedicated women and men.

Block A was constructed in 1942 to house the expanding team which also included the Air Sections, Naval Sections, and the Naval Plotting room. Staff who worked there, tracked, and plotted the positions of vessels around the world through details gathered from intercepted messages. They provided vital intelligence and developed pioneering technological innovation that had a direct and profound influence on the outcome of the war.

For the first time in Bletchley Park’s history, visitors will now be able to explore the newly restored Block A building, which houses the new exhibition.

The exhibition is split into zones, taking visitors on a journey, and allowing them to see what life was like there at the height of the conflict. It focuses on objects, human stories, and thrilling moments of interaction from Bletchley Park’s wartime operations from 1942 to 1945. Shining a spotlight on the incredible personal stories behind the people who worked across the site, the exhibition throws visitors into the action at the peak of Bletchley Park’s operations. From tracking positions of Allied and enemy vessels, to handling vast quantities of information, and with the corresponding recruiting, feeding, and housing thousands of staff required to sustain this enormous effort.

Visitors will be able to view Bletchley Park through multiple lenses – from intimate portraits of staff, through the day-to-day environment of the workplace itself and the challenges involved in keeping the entire operation afloat. Snapshots of the present day will reveal Bletchley Park’s enduring relevance and legacy, from tackling cybercrime to supplying intelligence to soldiers in the field today.

Other highlights of the exhibition will include, recently discovered wartime footage of Whaddon Hall; An unusual insight into the Naval Plotting Room which once housed Britain’s maritime codebreakers, A closeup look at wartime machinery including a Hagelin C-38s and an original Hollerith machine.

Heritage Contracts Manager at Marcon, Martin McErlean, commented: “This is the largest and one of the most significant exhibitions delivered at Bletchley Park regarding the outcome of the second world war. Marcon is proud to have been integrally involved in delivering this scheme, working collaboratively with both RAA; Bletchley Park Trust and our supply chain to make a real difference and bring this wartime building and the personal stories of those who worked there to life.”