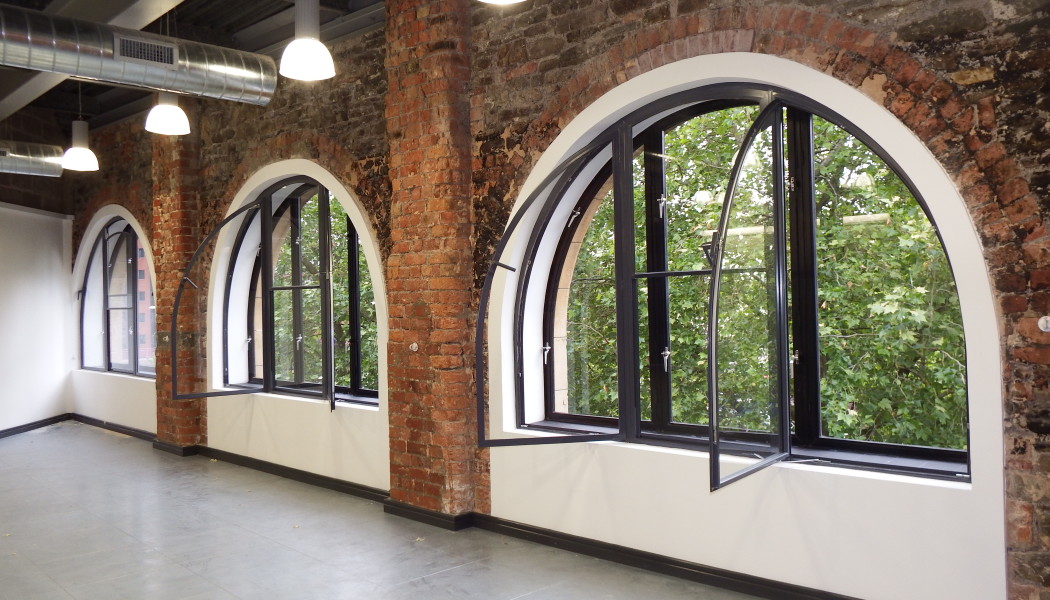 Grade II Listed Brew House has been transformed, not only in name but also in its use – previously known as Company House, it was built back in 1865 and ran as a brewery. It is located close to the centre of Bristol, adjacent to Cabot Circus the region’s biggest shopping centre.

The striking building has been altered to create a quirky office space. The refurbishment was undertaken with great care and attention to detail, in order to preserve as many original features as possible, yet bring it up to 21st century office standards. With detailing such as exposed brick work, arched windows and creative interior design, it has been gorgeously transformed.

For the conversion of the building to offices, serious attention had to go into making a comfortable and stylish working environment. One of the areas that needed tackling was heat loss from the original draughty primary windows which were unable to be replaced due to the Listing of the building.

A local company Caddy Windows was tasked to provide an alternative solution to replacing all the windows and doors. The existing openings were complex in shape and make-up, so Caddy Windows looked to Selectaglaze drawing on their 50 years’ experience in secondary glazing for support.

The thermal efficiency was improved by using high performing secondary glazing which traps an insulating layer of air cutting heat loss by about 40-50%. All of Selectaglaze’s units are bespoke to ensure the tightest fit. In addition the building has also benefited from sound insulation with the introduction of secondary glazing.

Nick Porter of caddy windows said: “The products are great and the customer service we received from everyone was fantastic”

Selectaglaze is the leading specialist in the design, manufacture and installation of secondary glazed units. Established in 1966 and granted the Royal Warrant in 2004, it has a wealth of experience, working closely with clients on all different building styles from Listed buildings, to new build.

Selectaglaze celebrates 50 years of providing windows to the world