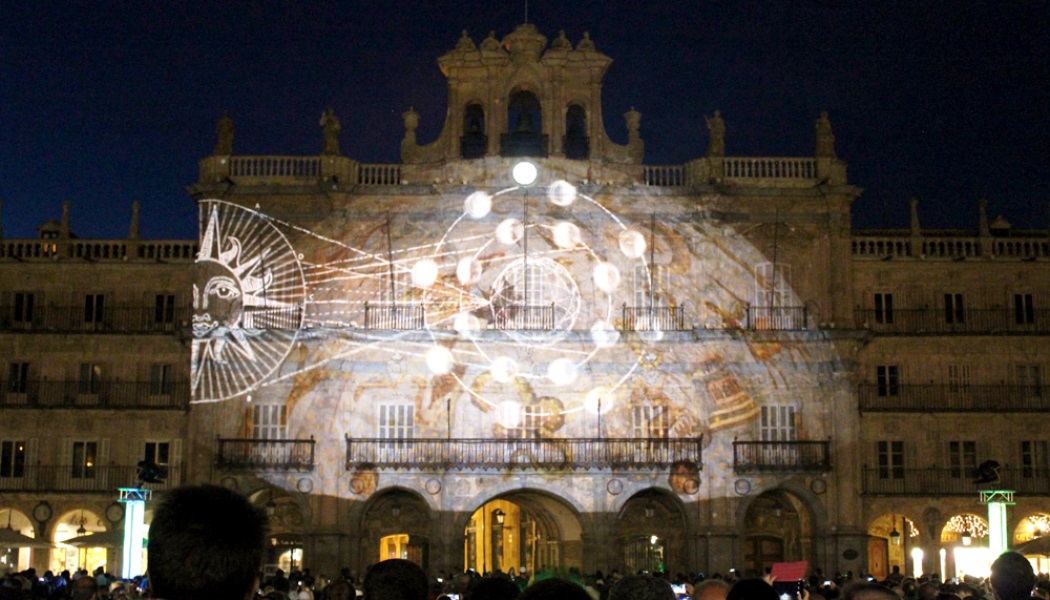 In 1524, the Dominican Order built the Monastery of San Esteban in Salamanca, a building combining Gothic and Baroque styles and a genuinely stunning Plateresque facade. Not far short of its 500th anniversary, this was the facade mapped for the Festival de Luz y Vanguardias held for the first time this year, using the city’s most iconic monuments as impromptu screens. Three Christie Boxer 4K30 projectors, managed by the rental and staging company Sono, powered 90,000 lumens to create a spectacular mapping projection on the monastery.

At the helm of the technical production was José Luis Iglesias, director of events company Heavents, who brought on board Sono as the event’s audiovisual supplier. Sono facilitated the rental of the audiovisual equipment, the adjustment of the video projections, the mounting and technical assistance to cover the various spaces employed for the festival.

Daylight by the artist Anna Barriball was projected on the façade of the Monastery of San Esteban. The work showed the shadows of leaves trembling and swaying in real time, coming in and out of focus. The façade of the monastery was completely taken over by nature, transforming its essence and interacting with the exuberant vegetation of the trees surrounding it.

The projection surface measured 17 x 21.9m, making for a total of 335 sq m. Sono decided to use the Boxers because of their light output, given that the projection called for at least 200 lumens per square metre. The three projectors were mounted on a Layher scaffolding system at a projection distance of 40 metres. Each one covered a part of the façade, which meant edge blending was brought into play. 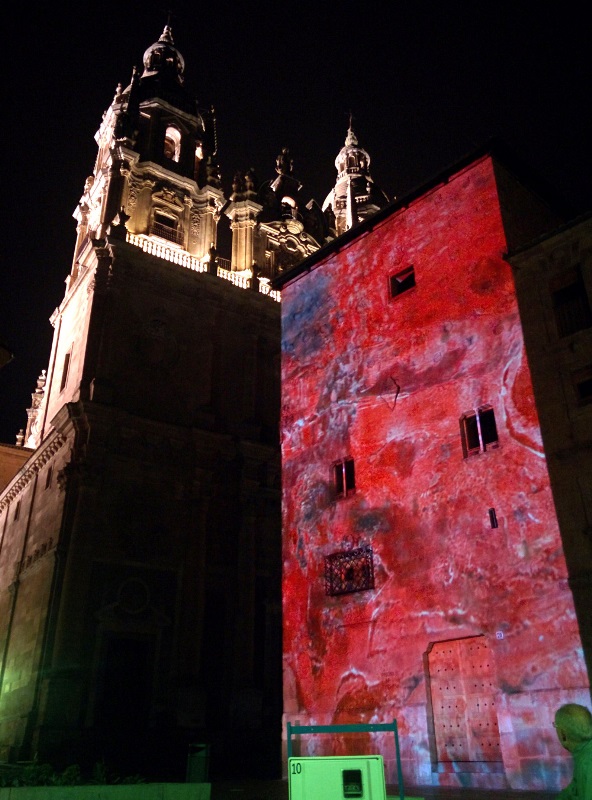 The playback system used was Watchout, working at a total resolution of 1700 x 2190. “I have to say that the projectors were flawless, without the slightest hitch”, enthused David Redondo, project manager at Sono. “We are really happy with this product. The quality of the image and its features, coupled with the low weight and size, put it at the top of its class”, he added.

Sono’s technical team discovered Boxer during a trip to the Christie factory in Kitchener, Canada, where they were immediately won over by its functions. “No other projector of this quality has a 4096 x 2160 native panel, 30,000 lumens and weighs just 68 kilos,” said Francesc Comabella, technical director at Sono. “In addition, it is 360-degree omnidirectional, so it can be used in any position. It also has other interesting features, like the multi-lamp system, low energy consumption, built-in warping and blending and signal processing. And on top of all that, it is really easy to handle.”

Comabella also said that in the rental market there were not many top quality projectors with these features that can be mounted by two people and that if you need four people or a crane during installation, then there is a knock-on effect on the price.

Returning to the festival in Salamanca, the joint input of Christie and Sono went much deeper, with three Christie Roadster HD18K projectors (3DLP technology, 18,000 lumens, HD resolution) used for another mapping in the Patio de Escuelas at the University of Salamanca, and another two Christie Roadster HD14K-M projectors (3DLP technology, 14,000 lumens, HD resolution) at Casa de las Conchas.

The festival took place on the streets of Salamanca with a particular emphasis on its many unique buildings which were used by a selection of guest artists, university students, freelance artists and video companies to project their creations, conceived especially for the specific architectural characteristics of the chosen buildings.

Marcos Fernández, Christie director for Spain and Portugal, said: “We are proud that our 3DLP projectors, including Boxer, were an instrumental part of such a creative event. Christie’s 3DLP line has a fantastic range of resolutions and levels of brightness that guarantee reliable performance and uniform brightness when projecting on almost any surface.”