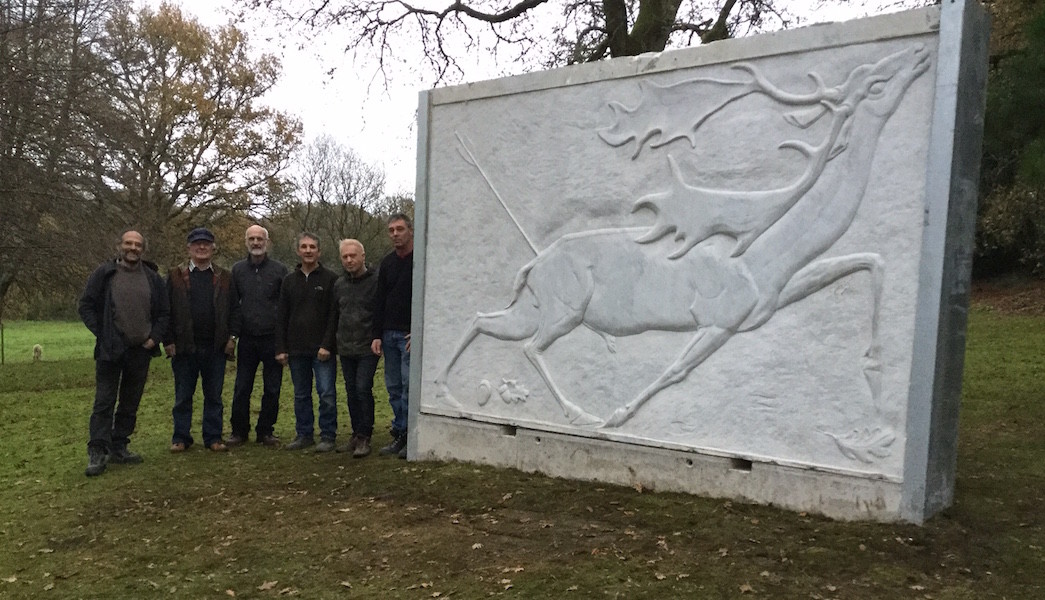 The 11ft x 7ft block of Carrara marble was a popular installation at the Versalis factory in Hythe, near Southampton, before the site was closed and buildings demolished.

Staff were quick to express their concerns about the future of the Carrara marble ‘White Buck’ in the entrance to the administration offices. Many had passed the beautiful and dramatic carving of a stag on a daily basis, some of them all their working lives.

The skilful operation to move it required a 40-tonne crane, very careful handling and a 40-minute journey across the New Forest to Godshill, its final destination. Michael Festenstein and Robin Hemensley of specialist art movers Crown Fine Art were central to the process.

The sculpture, made from a block weighing 7.5 tons, was carved in situ almost 60 years ago, following an exhibition of Sven Berlin’s work in 1956 at the Fox & Hounds in the New Forest village of Lyndhurst. Here Berlin met Donald A Bennett, the general manager of a large factory complex being built at Hythe on Southampton Water, for the International Synthetic Rubber Company. On 13 June 1957 Bennett officially commissioned Berlin to produce the carving for the entrance to the new offices. The powerful image was completed ready for the factory’s opening in August 1958.

Fifty seven years later the sculpture was in danger of being destroyed. However local art collector Anthony Green, who was born in the New Forest and who has been a long-term champion of Berlin’s work, recognised the significance of the piece, which relates to the death of William II (Rufus) in 1100, and stepped in to try and save it.

Working with John Miller of Versalis UK Ltd, planning began almost two years ago to re-site the sculpture and investigate how best to extract it from its surrounding brick wall. “I and all the employees at Versalis UK Ltd. are very happy with the outcome and pleased to see the ‘white buck’ in its new home,” said John Miller. 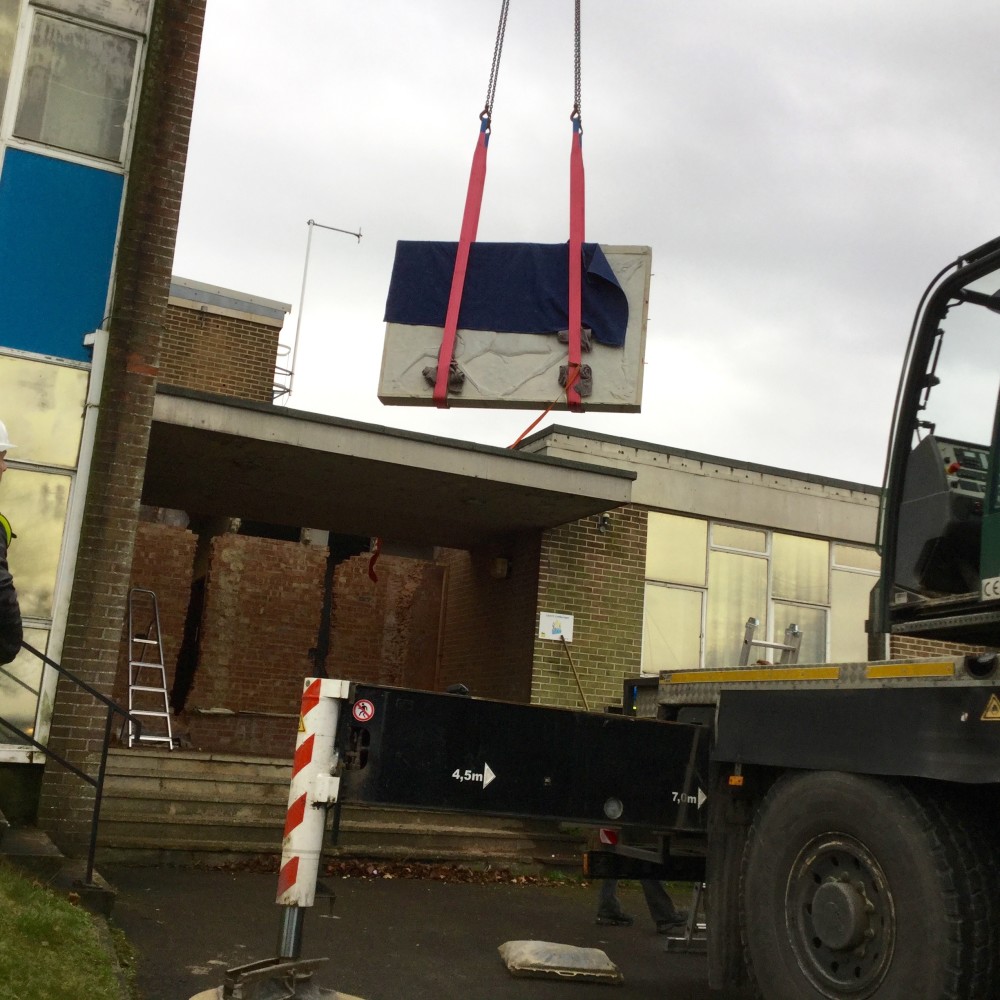 The White Buck has now been carefully positioned in Godshill, the image facing towards the west, the direction of its flight from Rufus Stone, via Fritham Plain, after, according to local folklore, being struck by an arrow from the bow of the king, ‘Red Rufus’. It joins Berlin’s portrayals of the New Forest Shave Green Gypsies and other important sculptures, drawings and paintings in the Anthony D Green Collection.

Michael Festenstein, Special Projects Manager at Crown Fine Art, said: “It was a privilege to be part of this project. Although it was complex, we are delighted that this historic sculpture will be available for the residents of the New Forest to enjoy from the spring.”

Ironically, Berlin had once mentioned, optimistically, to Green that he intended to have the White Buck included in the retrospective he was planning before his death in 1999, blissfully unaware of the degree of difficulty it would entail.

For those looking to view White Buck, the display is set to be completed in the spring when interested people can get in touch by email – [email protected] – and arrange a viewing.