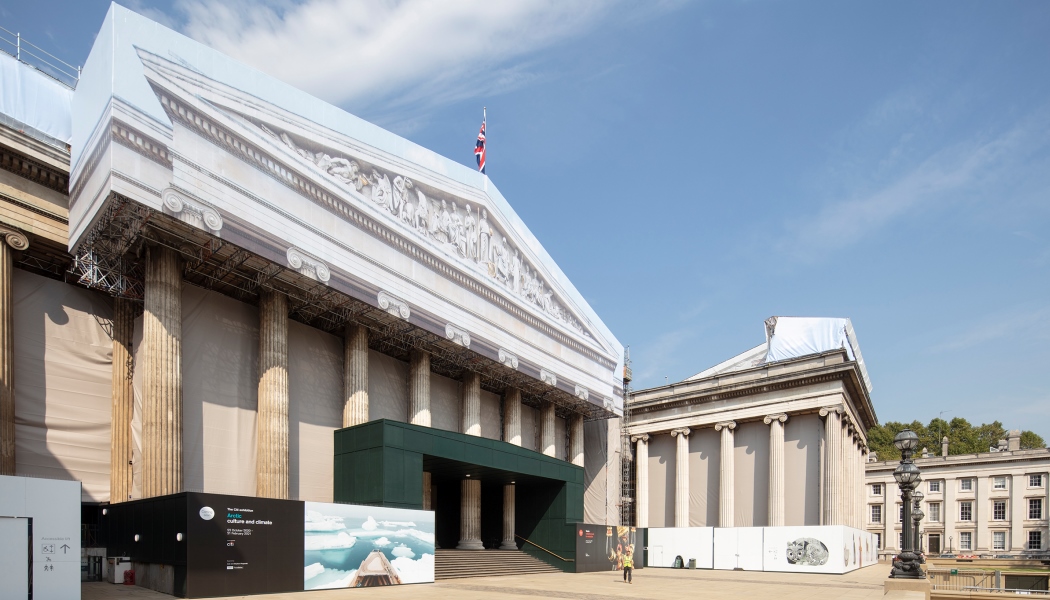 The final phase of essential refurbishment and building conservation works are underway at the British Museum, with Curo Construction serving as Principal Contractor

The privately-owned construction company, which predominately operates in Central London, is part of a scheme focused on the British Museum’s South Colonnade – including the replacement of the structure’s copper roof finish. 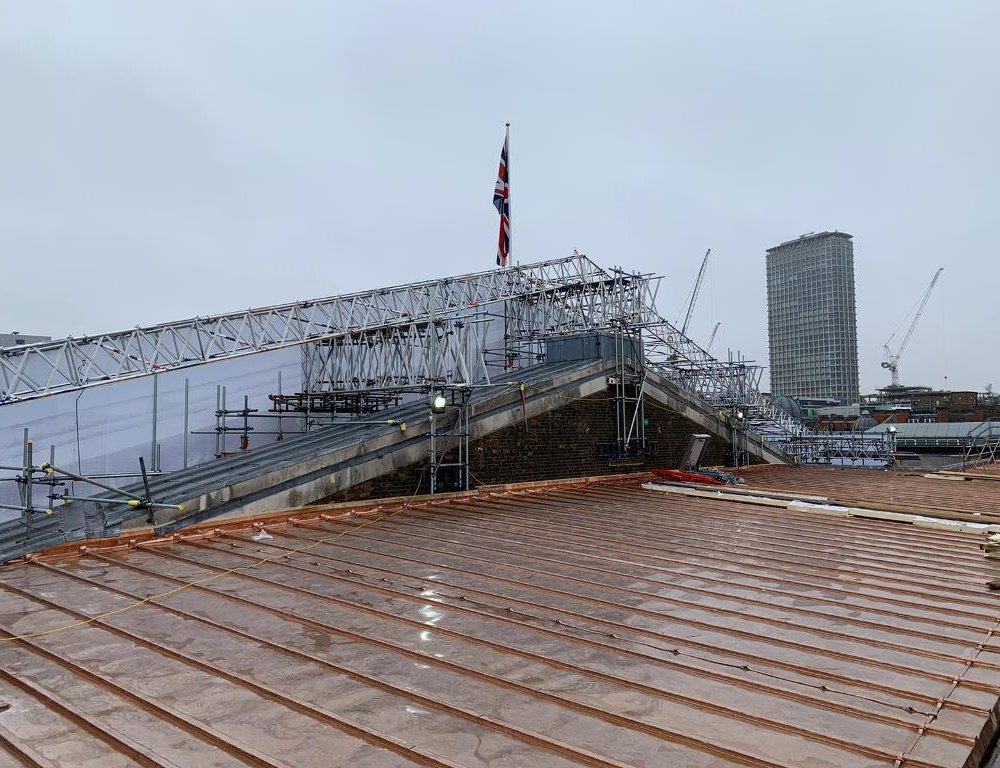 Underneath the vast sections of roof behind the colonnade, structural reinforcement work is also underway within the voids below. Stabilising structural elements and preventing any future water ingress will then facilitate work to the ornate soffit, which has undergone various repairs over the years. 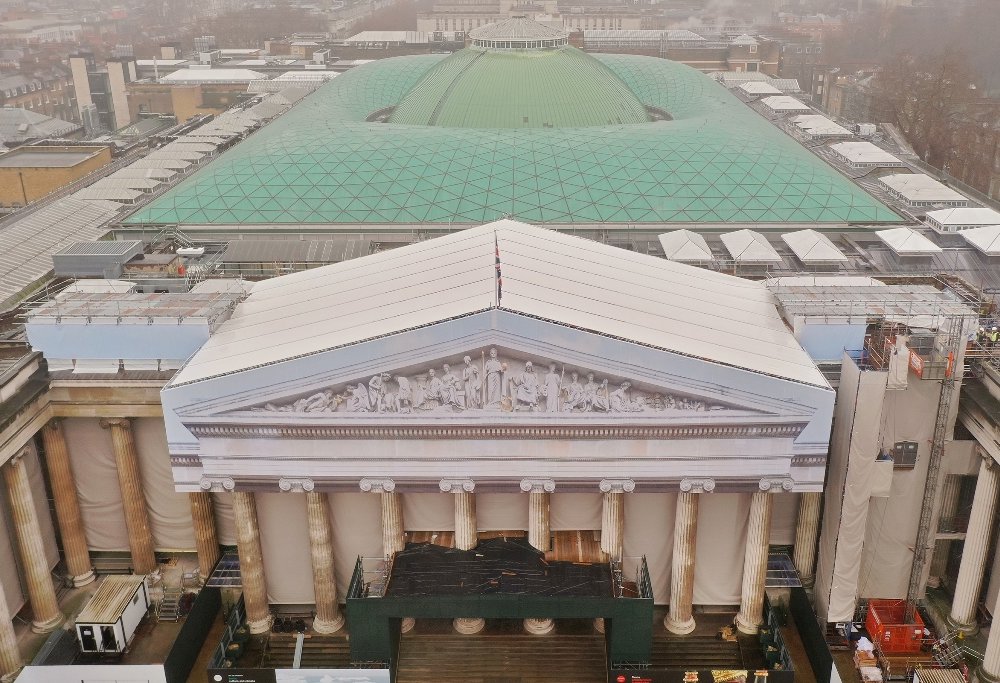 The key aesthetic element of the project is restoring the soffit; bringing it back to the correct historical context with the use of traditional plastering techniques and materials, ensuring it is finished to blend seamlessly with the surrounding Portland stone.

Rob Gordon, Curo Construction’s operations director, says that “being entrusted with restoring a part of history is a privilege and one of the most important projects the company has undertaken to date”.

“It is with an immense sense of pride,” he continues, “that we play a small role in restoring this part of the Grade I listed building with the leadership of the Museum’s Capital Planning and Programme Management department”. 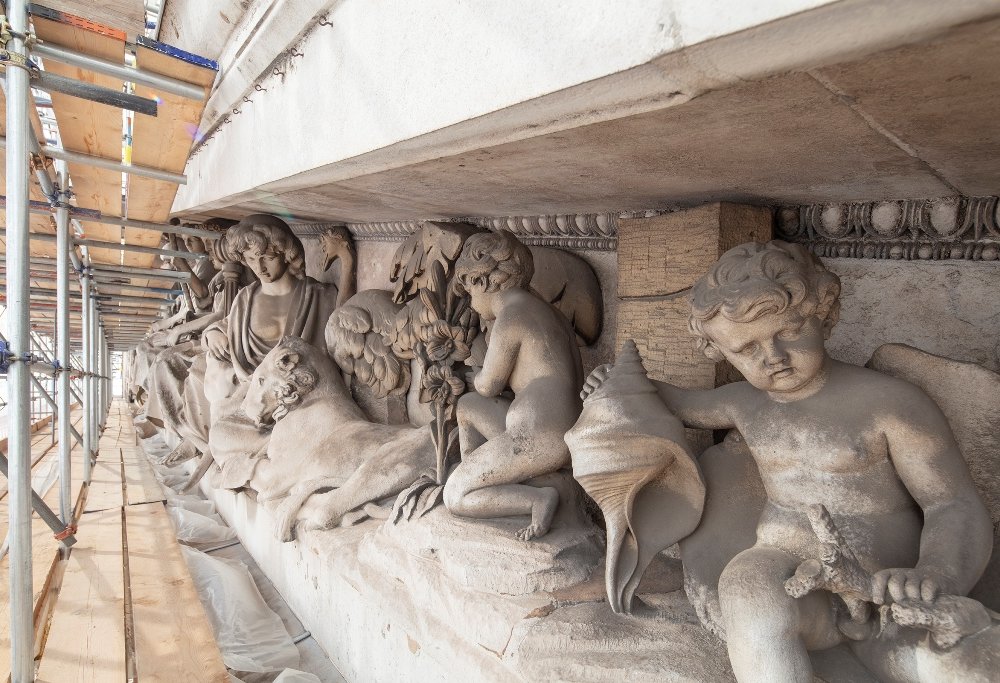 Extensive planning and liaison with the Museum’s stakeholders were carried out in advance of the works to ensure that visitor experience was maintained and that the building was fully protected in its temporary state.

“Forward planning allowed us to reduce the visual impact of the project during the period on site with the design and erection of subtle scaffold netting, a digital representation of the pediment and graphics to the temporary hoarding,” explains Russell Torrance, head of capital planning and programme management at the British Museum. 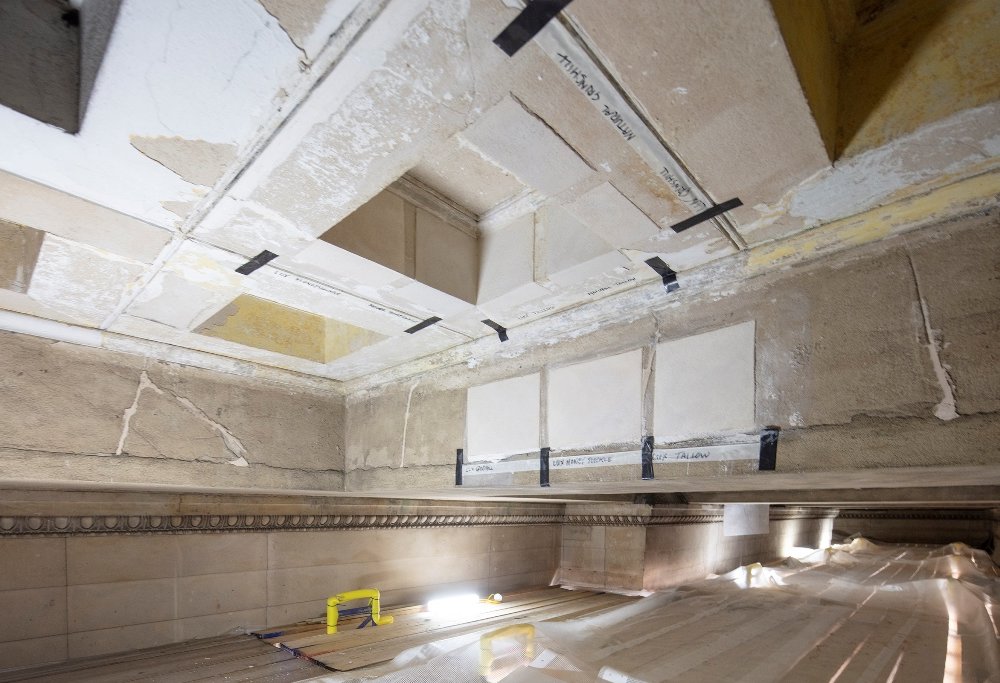 The overall project, which is due to be completed in the spring, has allowed for a holistic approach in carrying out carefully executed building conservation techniques throughout.

The pandemic interrupted the progress of the work for a period of time, but the project is now operating in Covid-secure conditions. The scaffolding, temporary roofs and temporary works have been meticulously evaluated to ensure that the Museum was able to open when government restrictions permitted. 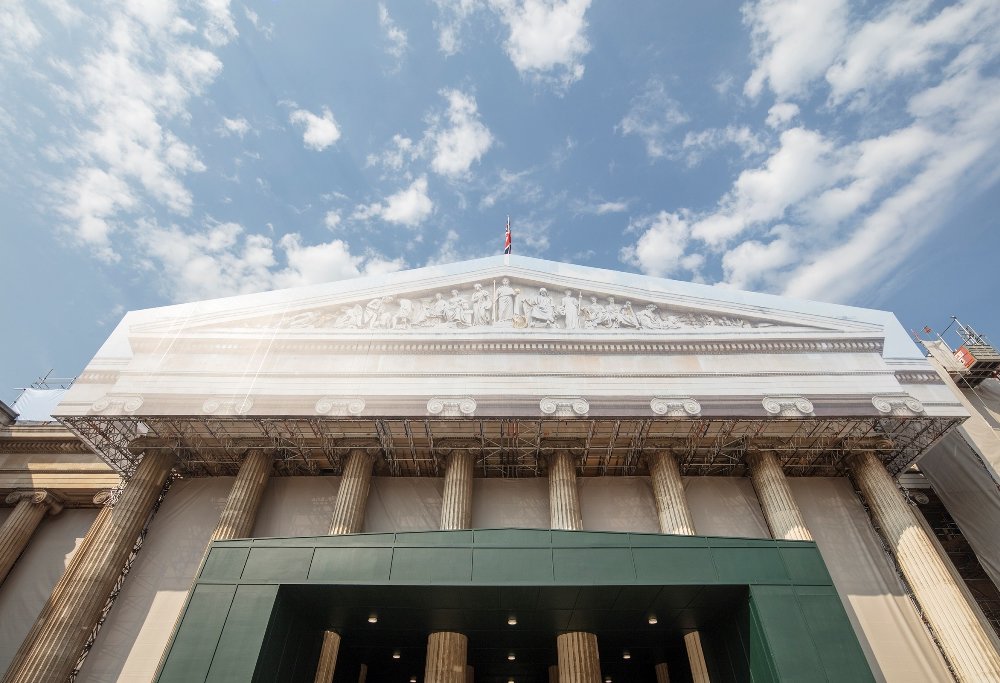 Curo Construction, Torrance concludes, has “responded well at rising to the challenge of deploying a project specific safe system of works within a live operational environment and at the same time worked collaboratively with our team to implement an enhanced level of control measures in response to Covid-19”.