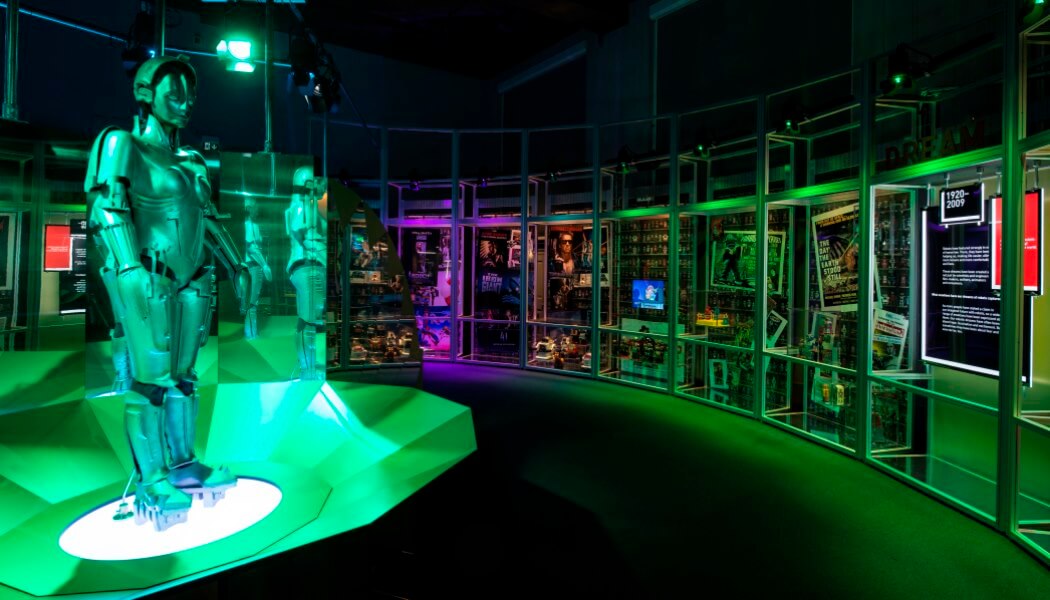 In January 2016 Drinkall Dean were appointed to design Robots, a major temporary exhibition for The Science Museum London

Designed as a self-contained touring exhibition, Robots tapped into Drinkall Dean’s fascination with re-creating the human form as machines and the world that these machines occupy.

Drinkall Dean was required to create a touring exhibition that provided a theatrical experience, and to this end the interior designers collaborated with theatre designer Tim Hatley. This is their second collaboration, having previously jointly designed the exhibition Diaghilev and the Golden Age of the Ballets Russes at the V&A.

For Robots Drinkall Dean set out to create spaces that sat within the museum’s architectural envelope hence creating bespoke back drops to the exhibits. The exhibition was a meandering journey, paced to take the visitor through the ages and into different immersive worlds. Drinkall Dean employed many techniques more usually used in the theatre including the use of stage fabrics and materials that catch the light.

The exhibition focussed on objects that are designed and built to move and the visitor expectation was be to see moving robots. From this perspective, the introduction of physical movement was gradual, with the first ‘impact’ object, an eerily realistic robotic baby that twitched and blinked. Drinkall Dean say they played on the emotions of this object by wall mounting it. The visitor is then met by the Bowes Museum’s magical mechanical silver swan, displayed in a dark and glittering world surrounded by some of the earliest surviving robots some dating to medieval times. 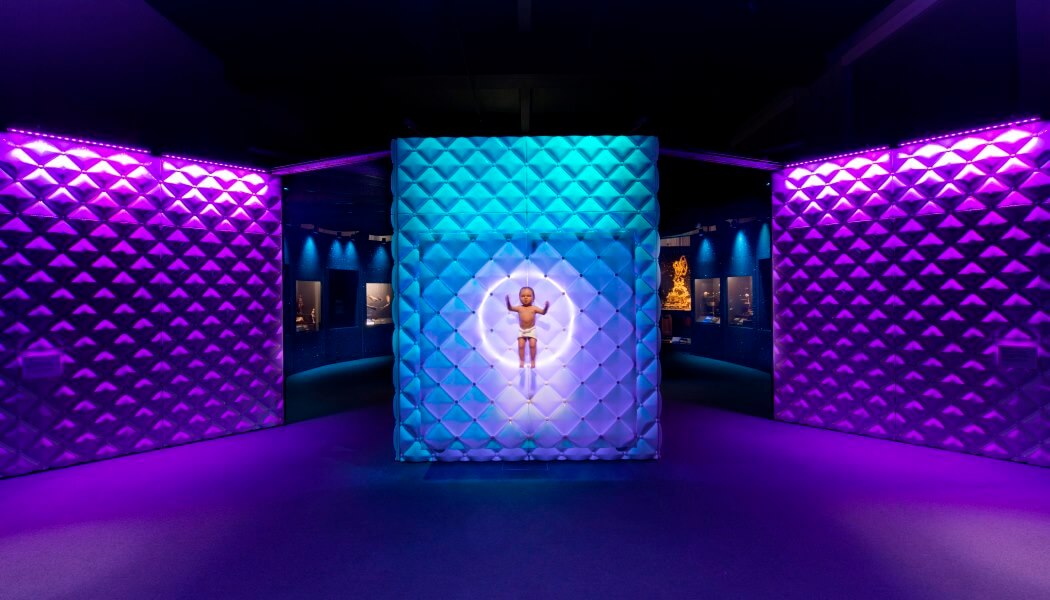 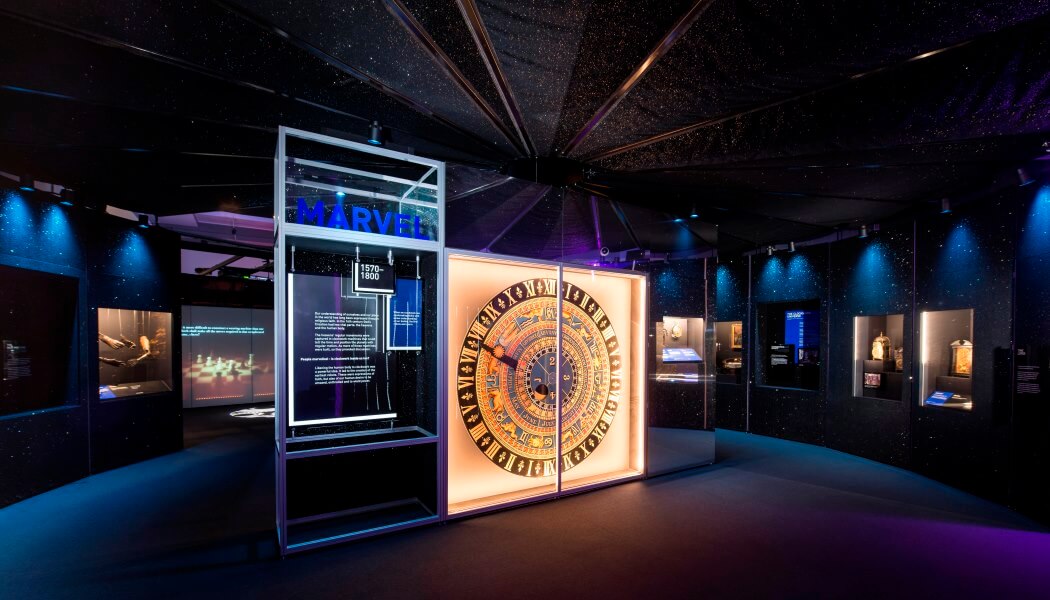 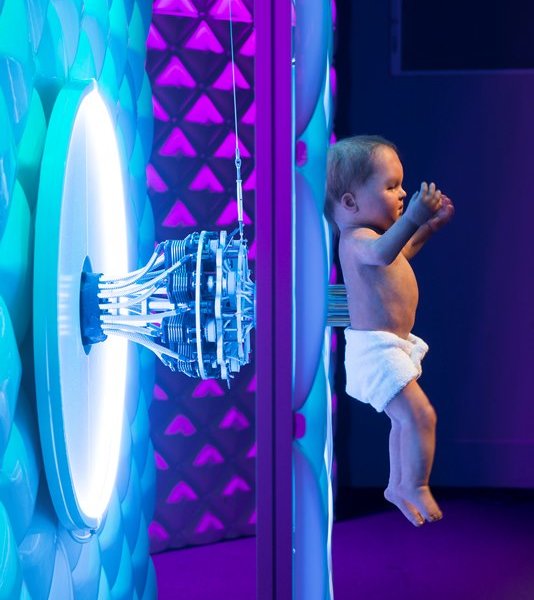 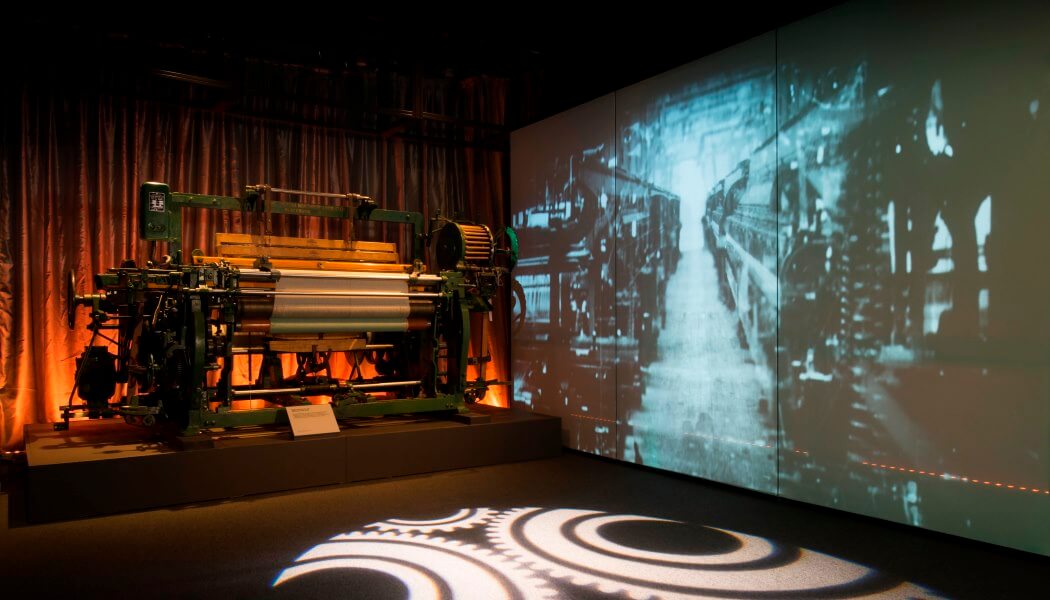 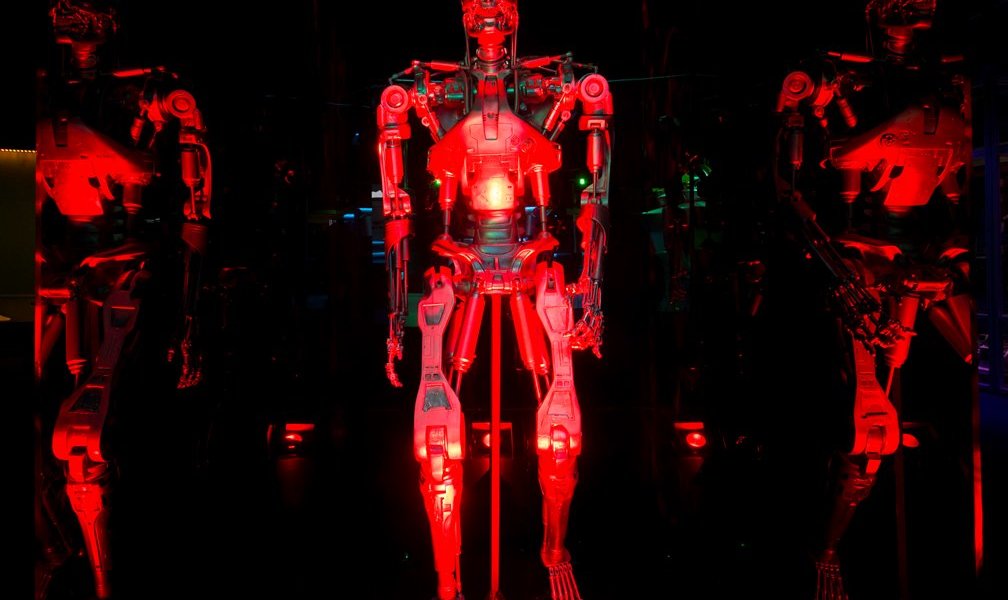 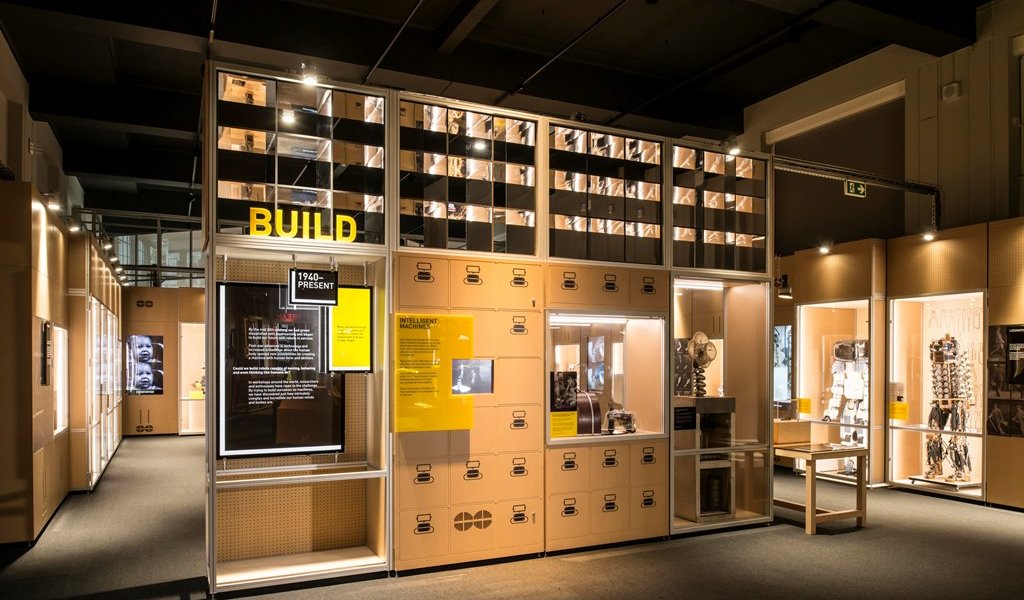 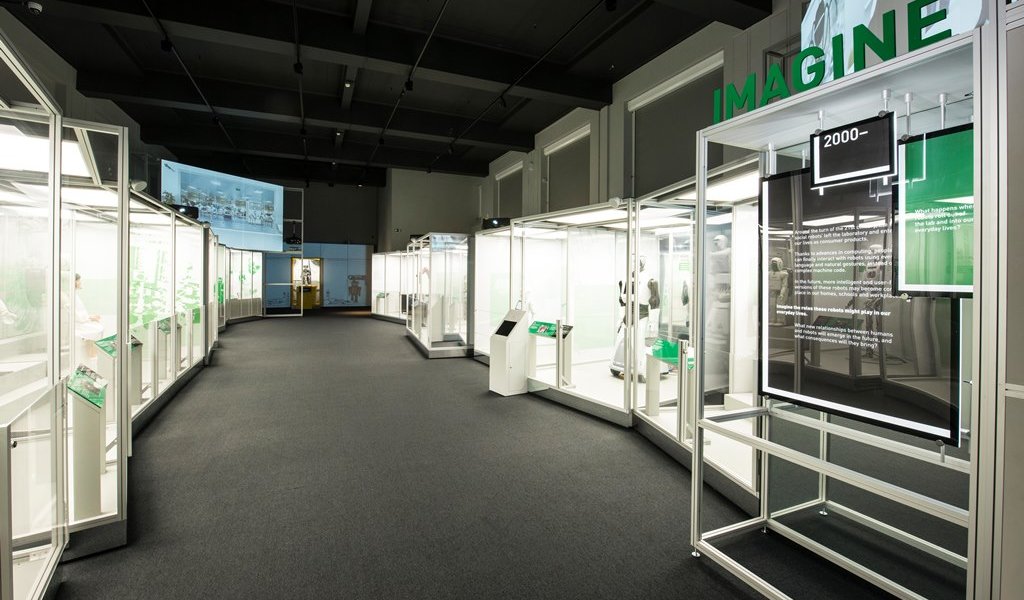 Midway into the exhibition stars of the screen were introduced with Maria from Fritz Lang’s film Metropolis and also The Terminator.  For The Terminator Drinkall Dean created and infinity-like surrounding to the object with black mirrors and for Maria, Drinkall Dean created an art deco inspired stage, both dramatically lit by David Atkinson of DALD.

Latter sections had an array of moving limbs, torsos, heads, eyes and fully interactive robots as the visitor moves into an imaginary workshop. Working with Drinkall Dean’s graphic designer, Helen Lyon of Studio HB, they aimed to draw out the technical ‘Mechano’ feel of the subject .

To support this and to add another layer of magic, small AV screens punctuated key narrative moments and objects with further film of static objects shown moving. The people behind the robots explained their individual stories and areas of expertise on ‘talking head’ monitors to give a human scale.

The visitor also had a sensory experience with sound evolving and unfolding along the journey with a unique, commissioned soundscape by Coda to Coda. For the second section, film was used at a large scale to tell the story of a unique mechanical chess playing Turk and its influence on the birth of the mechanical age and the northern mill looms with the repetitive and mechanical behaviour that emanates from the machines and their operators.

The final section was a surreal, stark lab inspired space, rich with interactive and moving robots and working with Squint Opera, we created an AV envelope to put the robots in a future context, an unknown context hanging over the room, triggering the visitors’ imagination. The finale is a very sophisticated robot that has the ability to learn. In this exhibition it had to be a static display, standing majestic as a conclusion. We surrounded the object with AV screens and projection to explain its sophisticated mechanical mind and show its capabilities.

Robots at the Science museum runs until September 3 and is then scheduled to tour around the world.