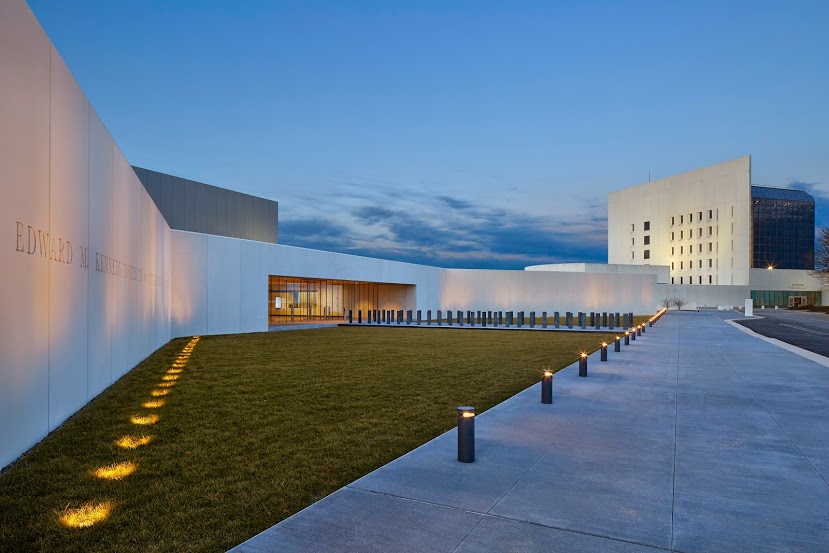 The Edward M Kennedy Institute (EMK Institute) for the United States Senate opened to the public on 31 March 2015, with audio-visual engineering, integration and programming performed by Electrosonic.

Named after Senator Ted Kennedy, the non-profit educational institution on the campus of the University of Massachusetts Boston is dedicated to educating the public, students and teachers about the role and the importance of the US Senate in our history. The EMK Institute features a unique Senate Immersion Module in a full-scale model of the Senate chamber in Washington, DC.

“There are three key components to the EMK Institute visitor experience,” says Electrosonic project manager Kevin Mayfield. “The building features three long hallways whose east, north and west walls have displays and exhibits. On the outer side of these walls are six classrooms for further interaction with the exhibits, and in the centre space is a full-size mock-up of the US Senate chamber where visitors get to see what it’s like to work on and pass legislation. 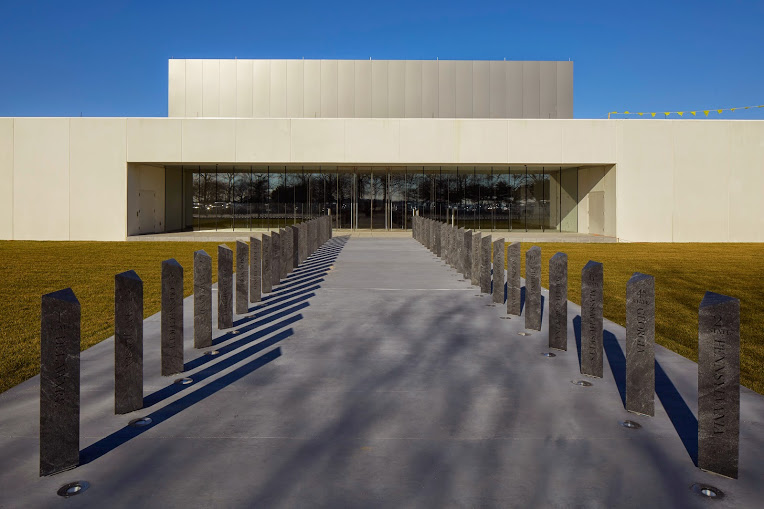 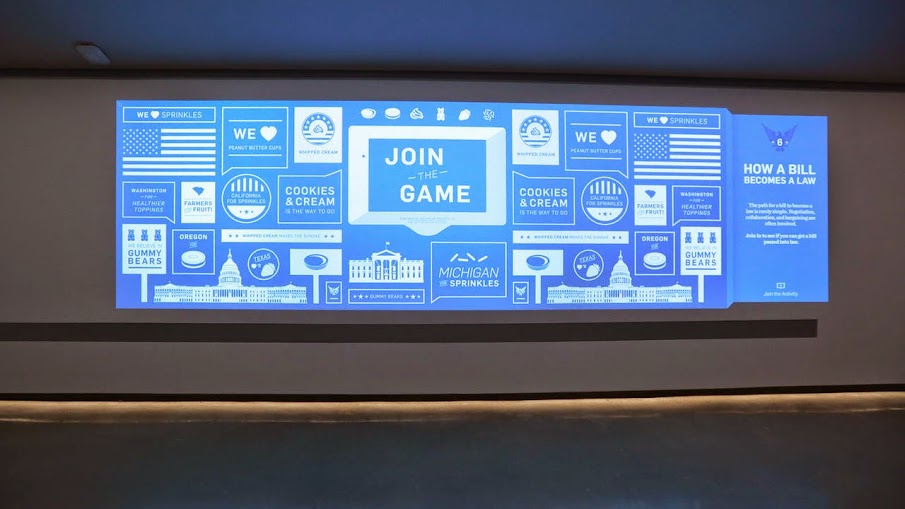 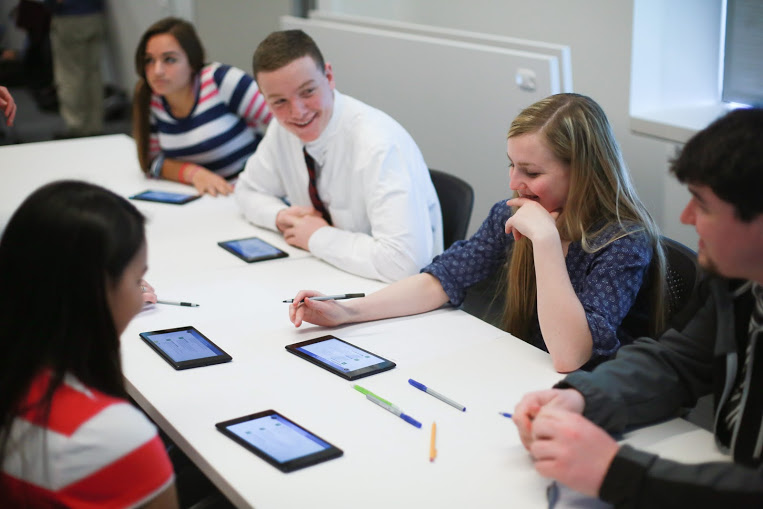 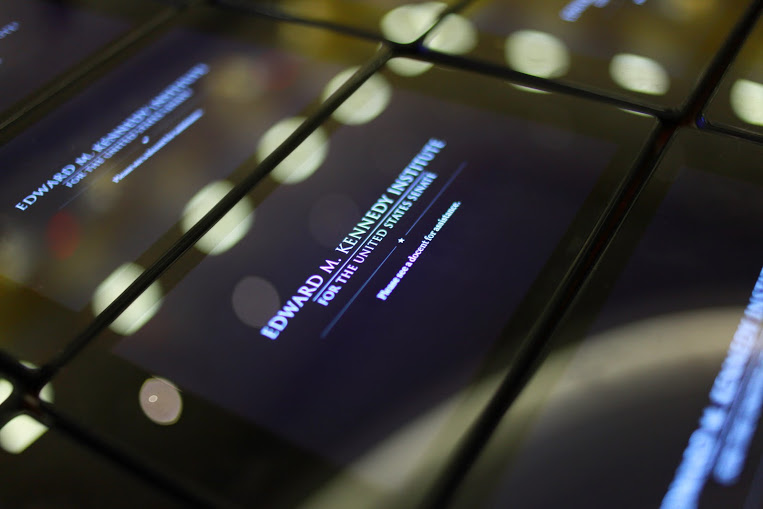 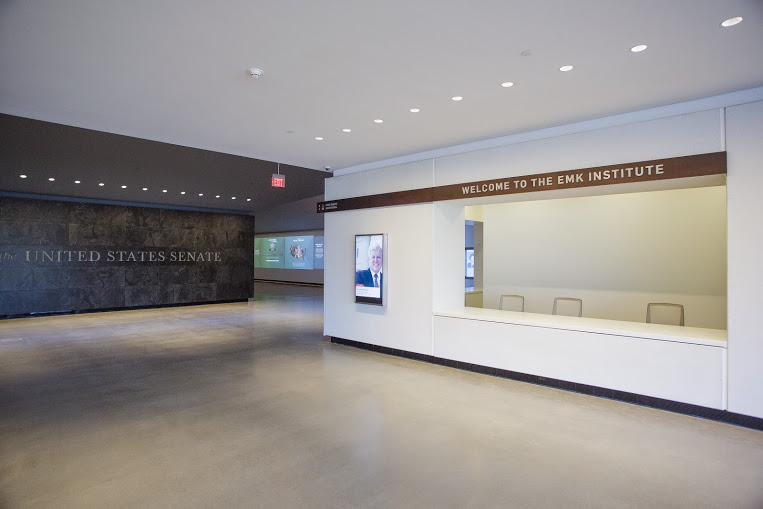 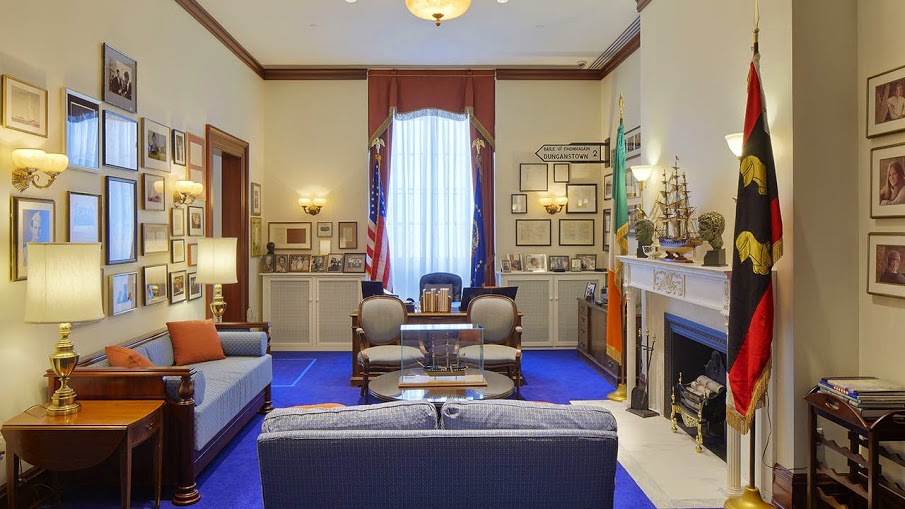 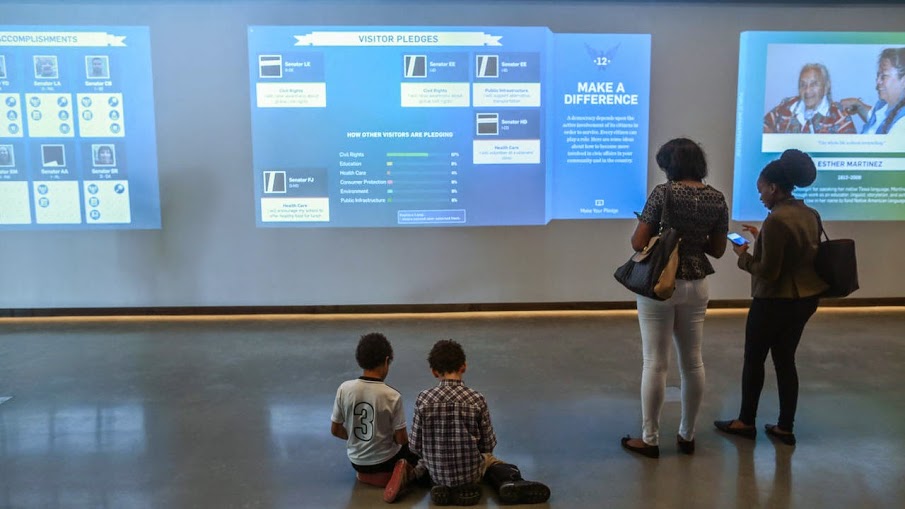 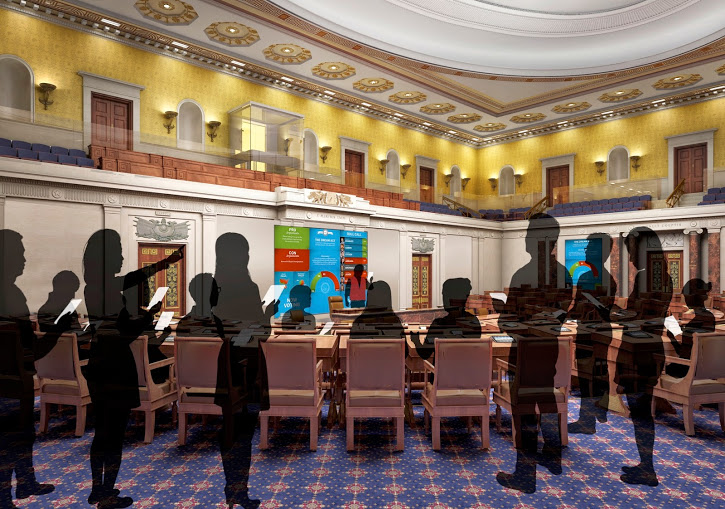 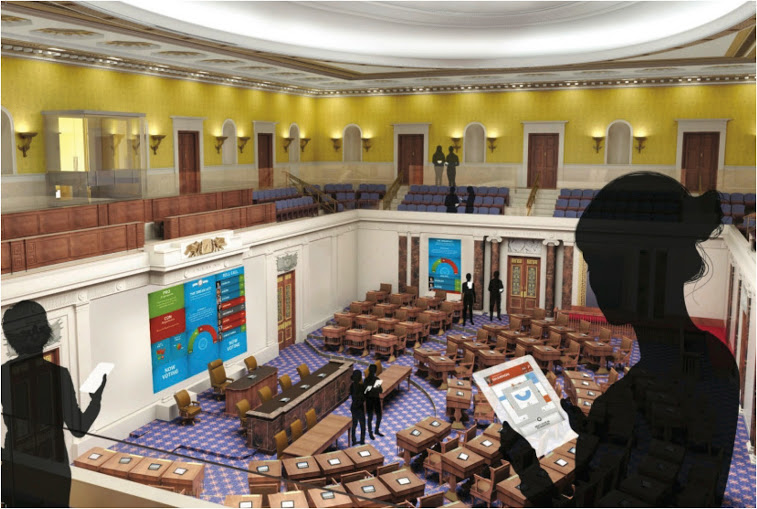 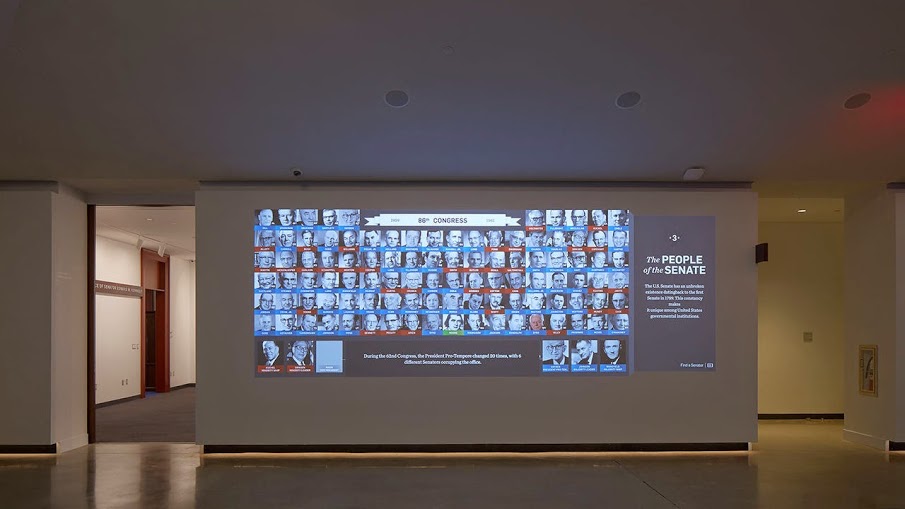 The layout of the EMK Institute posed a challenge for AV integration, notes Electrosonic sales consultant Bryan Abelowitz. “It was a difficult place to wire because the entire centre is wide open with the Senate chamber in the middle. We had to run everything around the outside of the facility,” he explains. “We used an all-fiber optic infrastructure, which allowed for longer cable runs.”

The EMK Institute also required a large amount of projection. “We had a number of projectors to keep aligned and blended,” Abelowitz says. “And since we were involved in the project from its early days, we had to devise systems that would be extremely flexible to meet the needs of the dynamic content still under development.”

In addition, the Electrosonic team had to deal with the death of their colleague Gary Barnes, the original project manager, who is dearly missed by his friends. Barnes passed away just as Mayfield was joining the company. “Kevin had to pick up a project that was already ramping up,” says Abelowitz.

“It was like jumping on a freight train going 100 mph,” recalls Mayfield. “I had to quickly come up to speed with all the players and how everything worked.” Associate project manager Brook Hoffman provided much needed continuity on the job, Mayfield says. “He helped me keep moving in the right direction.”

Electrosonic provided 750 Google Nexus tablets, with interactive software by Control Group, as the handheld interface visitors receive upon arrival. The devices allow visitors to choose a political party affiliation, vote, take pictures for display and assume the role of senator when they enter the US Senate chamber.

After receiving their tablets guests watch a short film in the Orientation Theater where three projectiondesign projectors and a tvONE CORIO Edge Blender display the content on a curved screen; the theater is equipped for surround sound.

The Quote Wall sports the first videowall on site, and is comprised of five 55-inch NEC video monitors.

Dynamic content depicting current events and issues in the U.S. Senate comprise the exhibits in the surrounding hallways. The east and west walls of the hallways also feature eight-projector blends addressing “What is the Senate?” and “What You Can Do,” respectively. The north wall has a nine-projector blend on the topic of “How a Bill Becomes a Law.” Christie DHD555 projectors display the content with Vista Systems’ Spyders performing the edge blending.

A recreation of Senator Kennedy’s office, in the northeast corner of the building, features two ELO touchscreen kiosks. Three classrooms, each of them dividable into two spaces, are each equipped with a pair of ceiling-mounted NEC projectors, camera and AMX touch panel to interact with the main Medialon Manager control system. “The classrooms can play live TV, interact with the Senate simulation or input their own AV sources,” notes Abelowitz.

He explains that Electrosonic spent considerable time ensuring that the classrooms could act as portals for customizing imagery displayed on the east, north and west walls when the space is used for parties and other special events. “We had to meet their expectations to easily plug in other sources to interact with the control system when the space is not in regular exhibit mode,” he says.

The Senate chamber boasts three videowalls comprised of Sharp 60-inch video monitors. A 4×3 videowall forms a backdrop along the north wall; two 1×3 walls flank that configuration on the east and west walls. There is a full sound system, and a complement of Sony cameras enables simulations to be broadcast to the classrooms; an extensive video matrix system allows any source to be switched to any room.

“We enjoyed partnering with Control Group on the software development,” Mayfield says. “We provided the AMX and Medialon interfaces, and Control Group programmed the simulation.” A central equipment room is located upstairs in the southeast corner of the building. Electrosonic holds a post-opening maintenance and support contract for the EMK Institute.