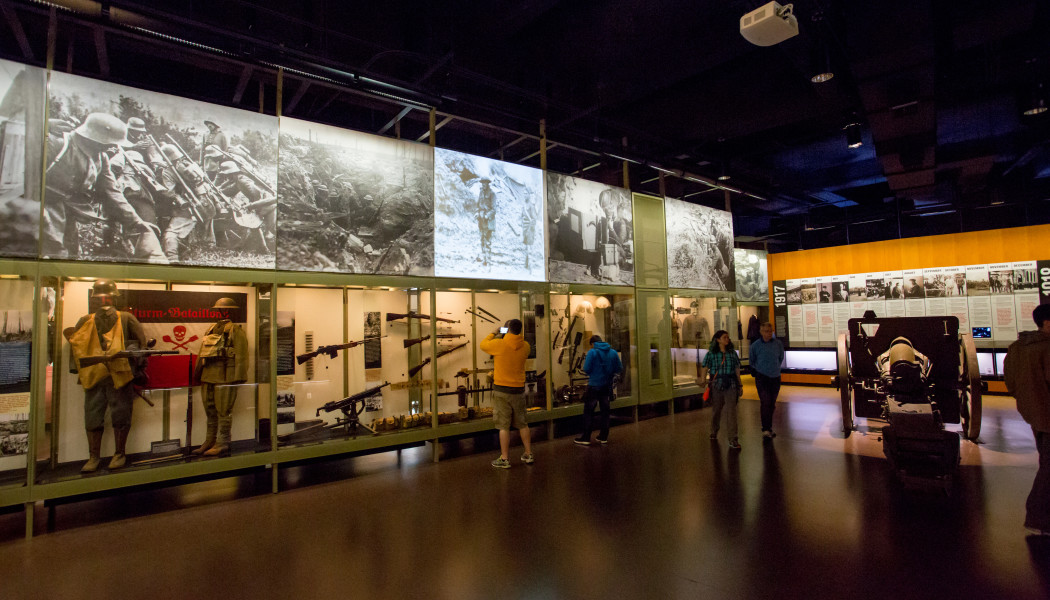 As the world continues to mark the centennial of World War I, the National World War I Museum and Memorial in Kansas City, Missouri, has experienced an audio-visual technology upgrade with support from Electrosonic. Nine years ago, Electrosonic designed and installed the facility’s original AV system; the company recently returned to replace all the museum’s displays and head-end drive equipment.

The National World War I Museum and Memorial tells the story of The Great War and related global events from 1914 through the 1918 Armistice and 1919 Paris Peace Conference. It has been designated by Congress as America’s official museum and memorial dedicated to World War I.

“Equipment has really advanced in the ten years since our initial install,” said Electrosonic project manager John Meyer. “While the upgrade was seamless to visitors, we were able to reduce the number of components in the system by a huge amount. At least 30 per cent of the behind-the-scenes hardware has been eliminated. That means fewer points of failure and greater streamlining for the museum’s technical staff.”

At the core of the museum is the Horizon Theater, which features a life-sized diorama and 100-foot wide panoramic screen. A video presentation tells visitors about the events leading to America’s entry into the war while the No Man’s Land diorama in front of the screen depicts a British patrol across a barren landscape littered with authentic objects from the conflict.

To deliver the video, six 5700 ANSI lumen projectors are edge blended to fill the screen with seamless images. Previously, the projectors were fed and synchronized by individual players, which went through a warp and blend machine, Meyer notes. “Now, video playback and edge blending are done in Dataton’s WATCHOUT video server. We’ve replaced eight pieces of hardware with one unit.”

The entire theater system is controlled by Medialon Manager LITE software, a network-driven technology that is “a big advance over the old equipment,” Meyer says. “We also added new HP 3500 Series network switches, which are so much faster and cleaner – they have eliminated a lot of bottlenecks.” 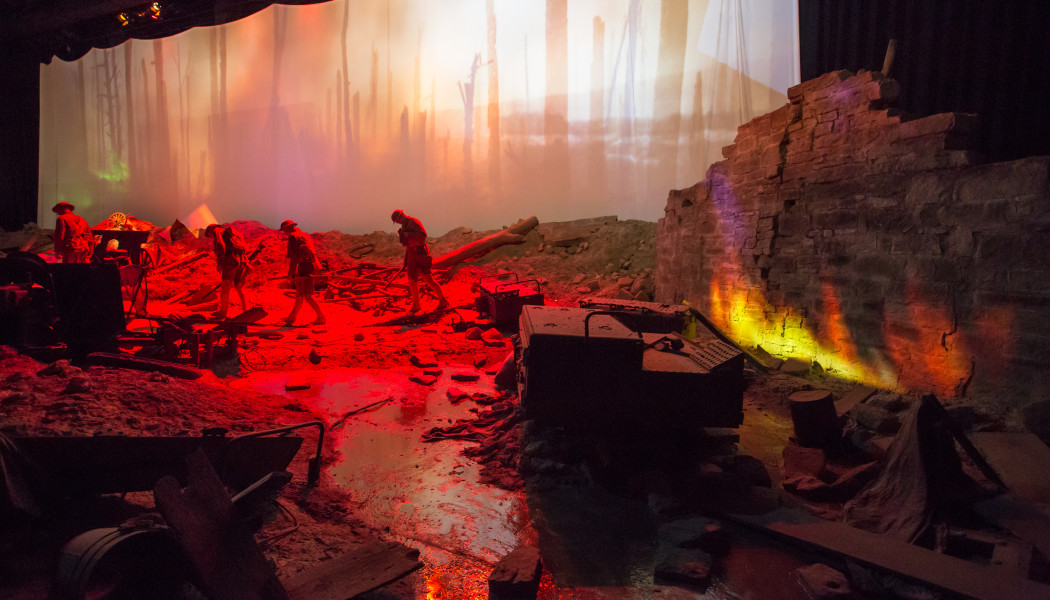 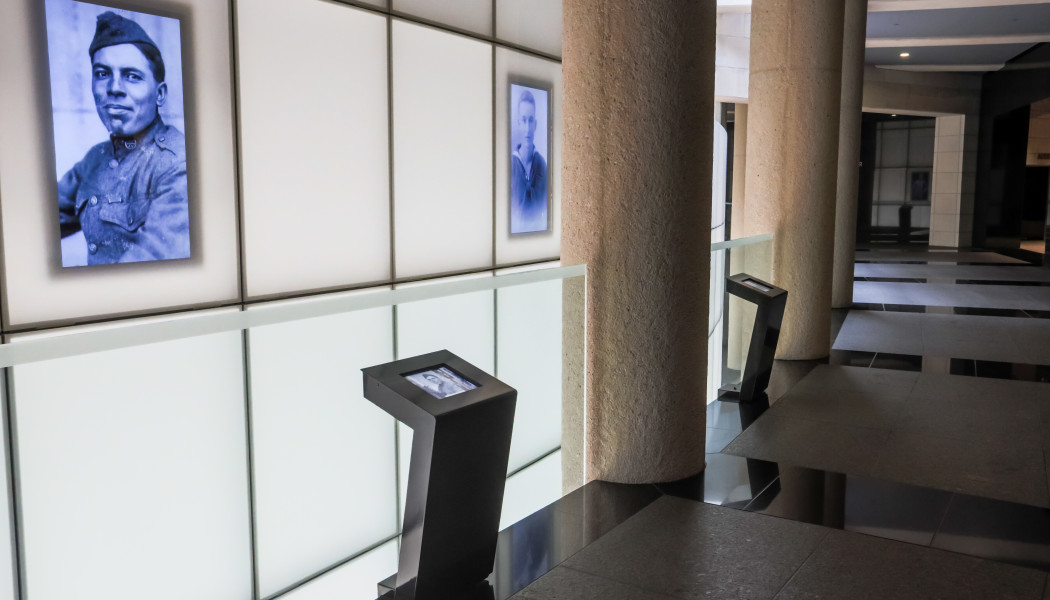 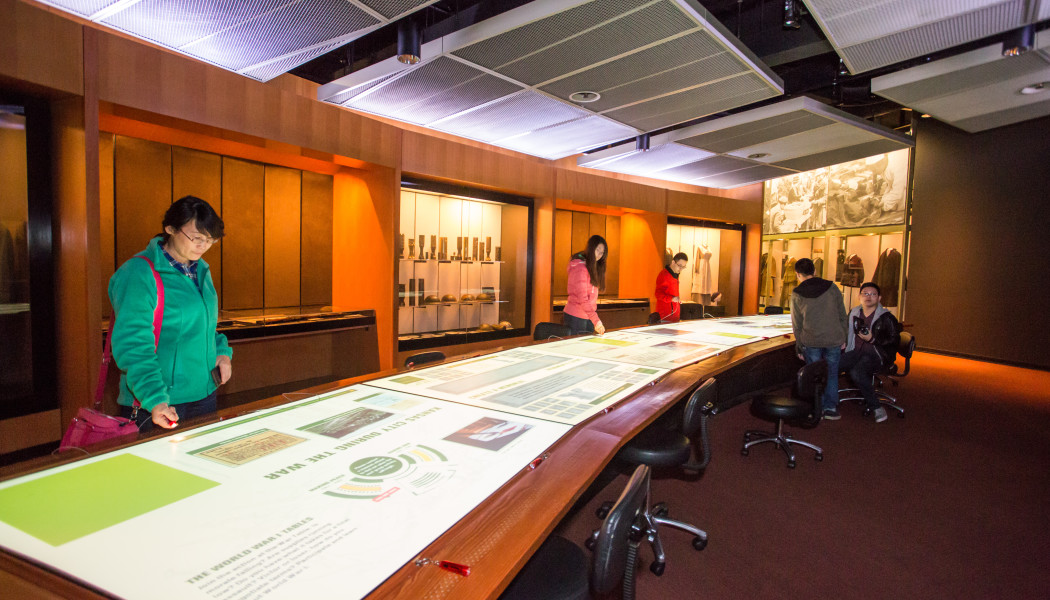 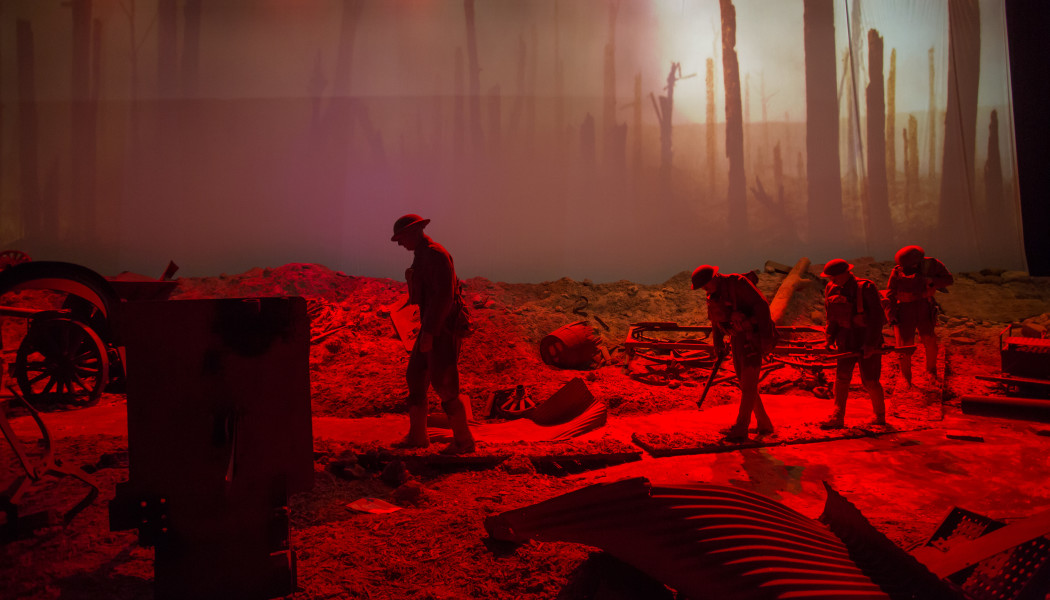 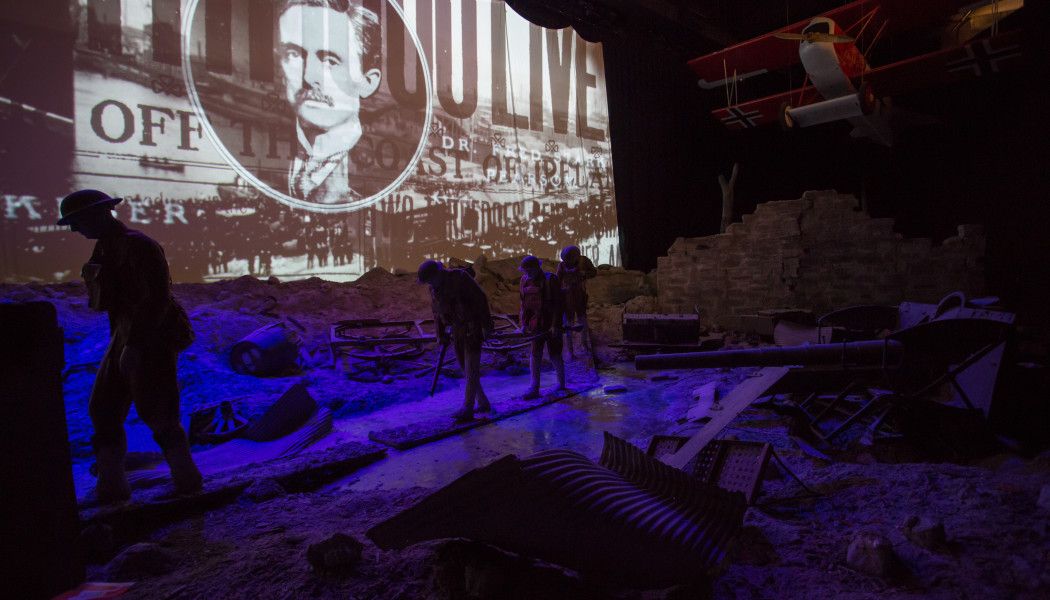 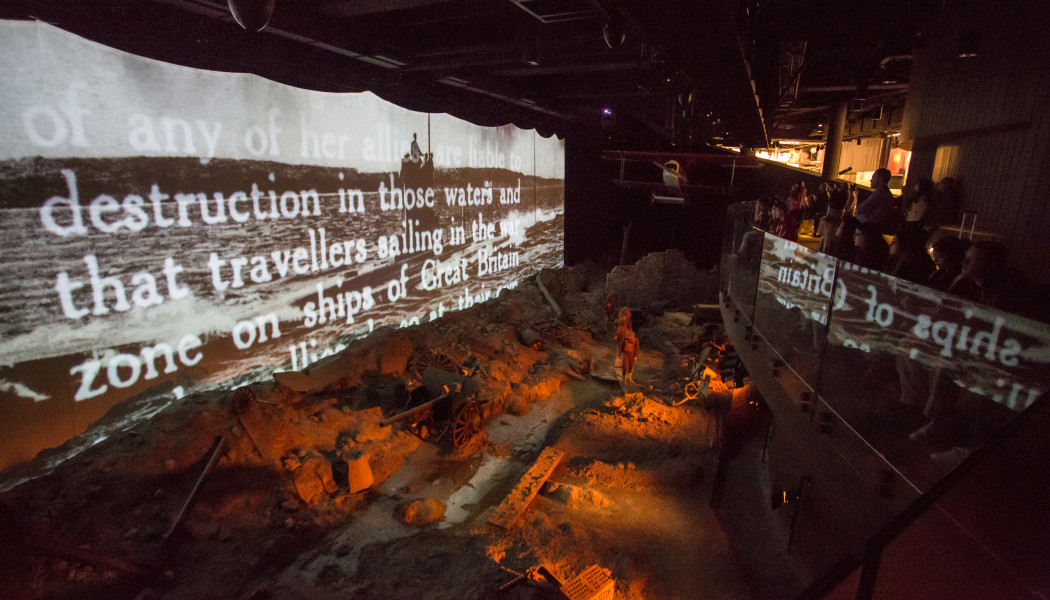 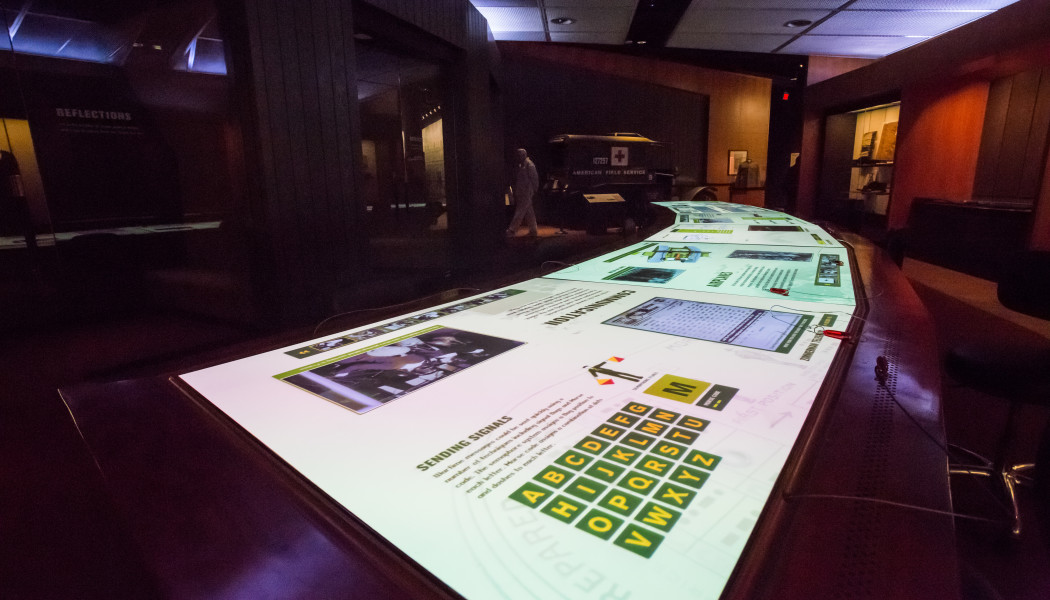 The museum’s permanent Main Gallery gives a comprehensive journey through the war. There are numerous interactives, ranging from personal kiosks to 46-inch LCD touchscreens, enabling visitors to discover the workings of a Lewis machine gun, the uses of camouflage and how to make their own poster. Many of the interactives were upgraded with solid state technology. “The use of solid state drives in 30 PCs and in BrightSign players now offers increased reliability,” said Meyer.

QSC’s Q-Sys handles audio routing and processing throughout the museum; it includes the audio playback option to further simplify the system. “Q-Sys has allowed us to eliminate perhaps two full racks of equipment,” Meyer said. The museum’s amplifiers and speakers remain the same.

Electrosonic also has a service contract for the site and has placed a full time on-site technician.

“The Museum was very pleased with the technological upgrades to our organisation facilitated by Electrosonic,” said National World War I Museum and Memorial President and CEO Dr Matthew Naylor. “Electrosonic managed a tremendous amount of upgrades in a timely, efficient and professional manner.”