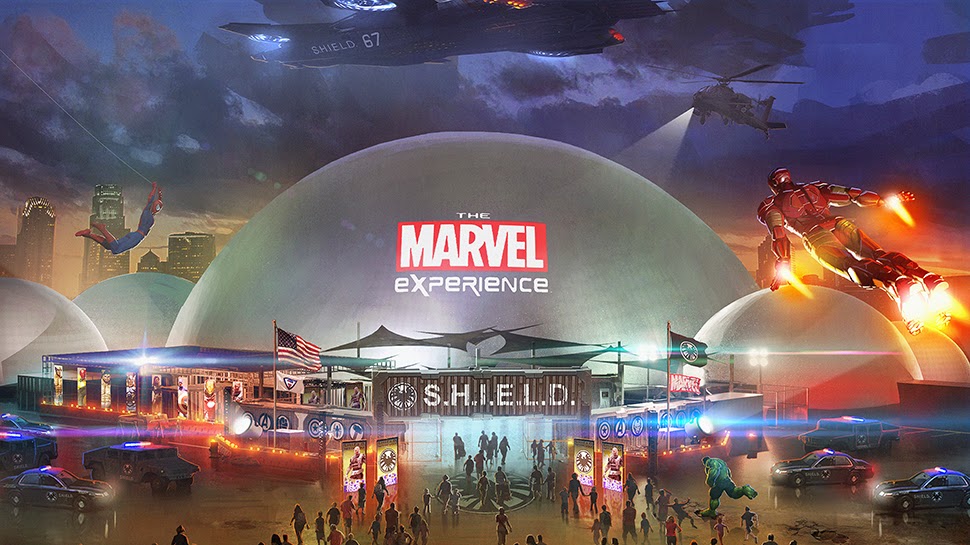 The Marvel Experience is an immersive attraction that gives Marvel fans the opportunity to become agents of S.H.I.E.L.D. in training. Using numerous interactives, augmented reality technology and multi-person gaming, fans join Spider-Man, Hulk and Iron Man in a fight against Red Skull, M.O.D.O.K. and an army of evil Adaptoids. Produced by Hero Ventures, “The Marvel Experience” is currently touring North America with plans for multiple international locations as well.

Electrosonic provided audio-visual equipment and support for the interactives located throughout the seven inflatable domes housing the touring show. Systems were designed to fit inside set pieces and pack in custom road cases to meet the demands of an attraction touring worldwide. “The show is more akin to a concert or other large, temporary, high-tech venue that travels,” says Electrosonic project manager Steve Calver. “There are no fixed rooms. Everything was installed as part of a transportable show.” 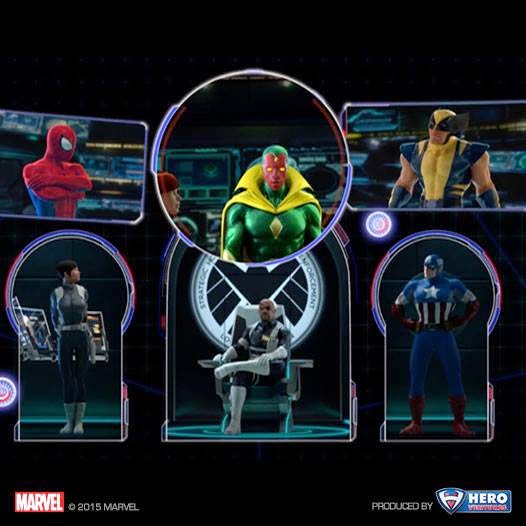 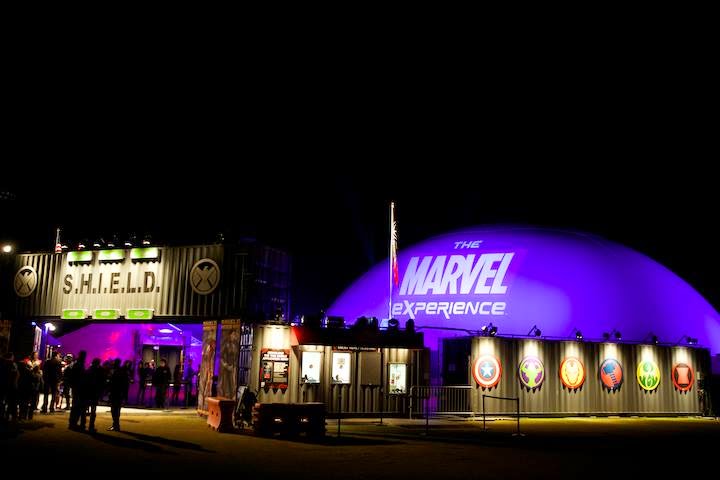 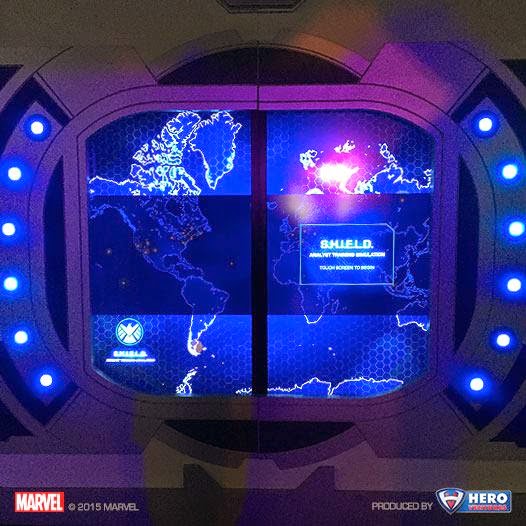 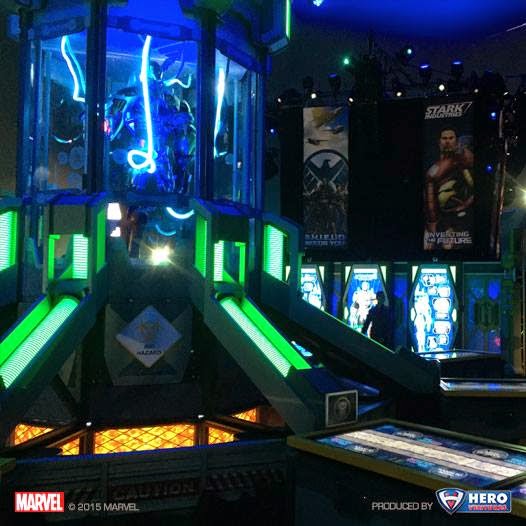 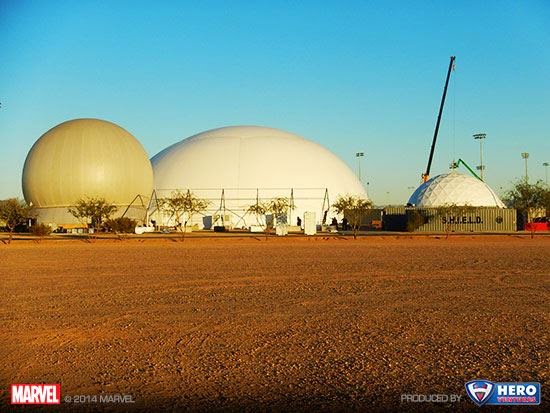 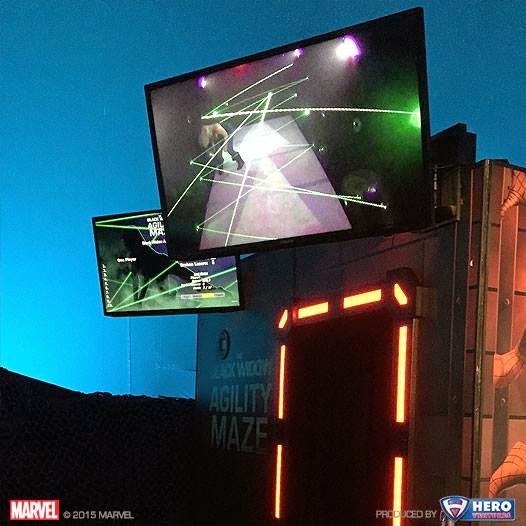 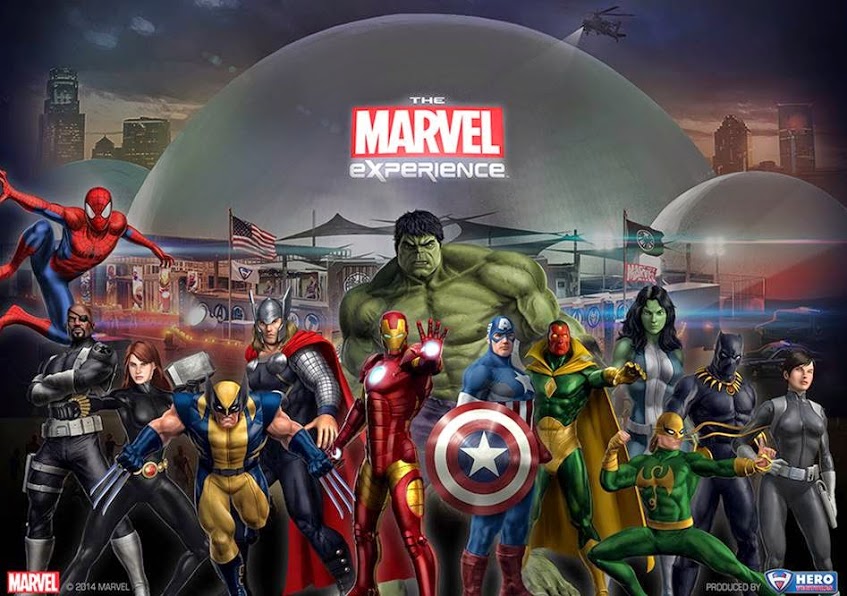 Production Resource Group (PRG) went on to furnish the projection and audio systems based on Electrosonic’s design while Electrosonic moved on to provide the interactives for “The Marvel Experience.” Electrosonic established a mock-up of the interactives at Rando Productions in North Hollywood and supplied installation support at the show’s first venue in Scottsdale, Arizona.

“Our biggest challenge was supplying a touring show with the types of equipment normally used in permanent installations,” says Calver. “We had to use different mounting techniques and flexible cabling and ensure easy access. Everything had to fit properly into unusual scenic elements – each interactive was unique and required a slightly different approach and installation hardware. And everything had to be easily installable and removable from venue to venue.”

Fans get to Swing with Spider-Man as they climb vertical treadmills while a pair of Christie projectors displays dizzying views of the ground 100 stories below them on the floor. Cameras under the truss snap pictures of the climb to take home.

The Adaptoid Recovery & Containment game has six long Cybertouch tables connected by lighted ramps to an illuminated central tower like spokes to the hub of a wheel. “Each table has two 55-inch Cybertouch monitors placed end to end,” Calver says. “LED lighting controls inside the game interface make the ramp columns light up and energize the tower.”

The Villain Training Ship has Samsung monitors built into set pieces with Polywell PCs and touchscreens. Avengers Group Training uses augmented reality technology. As fans mimic the gestures of their favorite superheroes, Microsoft Kinect tracks the motion to the characters, which are projected next to them on the dome.