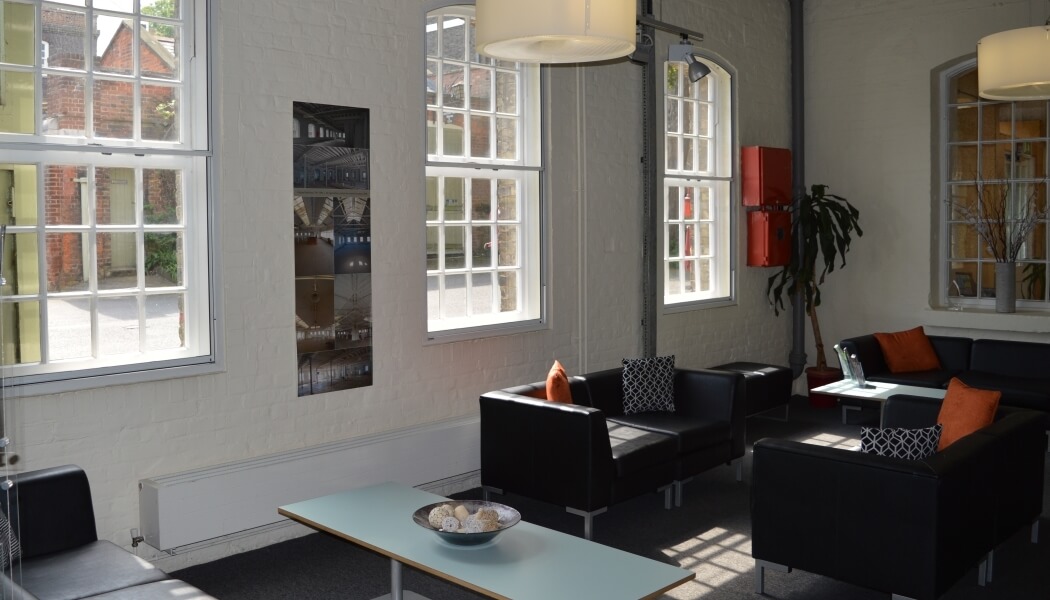 A-Hoy matey – is that secondary glazing we see?

The Historic Dockyard at Chatham in Kent, was one of the Royal Navy’s main facilities for four hundred years until it closed in 1984. Ownership was then reassigned to the Chatham Historic Dockyard Trust to re-purpose the site, opening it up as a visitor attraction, as well as including places where people can live and learn. It has also been used for filming with programmes and films such as, Call the Midwife, Mr Selfridge, Downton Abbey and Sherlock Holmes movies shot there.

The 80 acre site houses more than 100 buildings and structures dating from the Georgian and Victorian periods to present day new builds, many of which are Listed and required a great deal of advancement to bring them up to 21st century working and living standards. The most renowned structure on the plot is the Maritime Museum, which has historic buildings, museum galleries and historic warships, and provides learning activities and events celebrating the many eras of the Dockyard’s naval history as far back as the 16th century, plus three historical warships in dry docks – HMS Cavalier (1944), HM Submarine Ocelot (1962), and HMS Gannet (1878). Selectaglaze has worked with the Historic Dockyard Chatham for a number of years, having first started work at the maritime museum on the Grade II Listed Joiner’s Shop back in 2008. 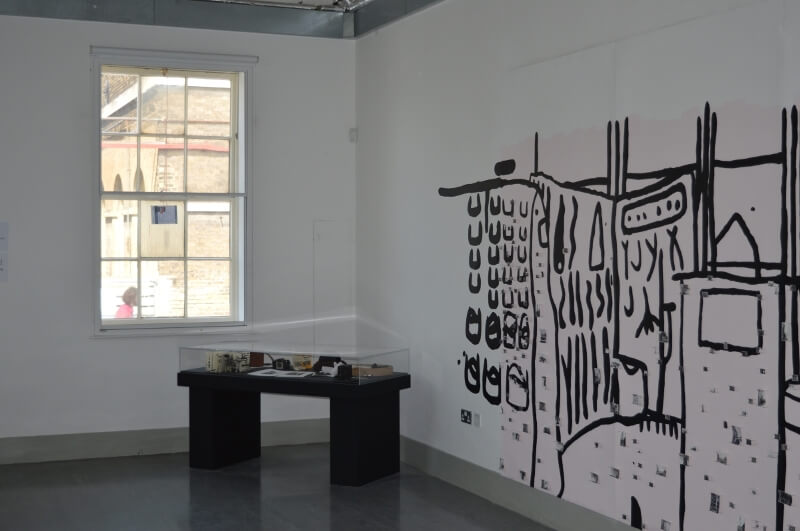 The Chatham Historic Dockyard Trust, SEEDA and the Local Council decided to develop the old Joiners Shop into a hub for creative businesses to be based. The 200-year-old building underwent a £3.5m facelift and provides 19,000sqft of high-specification commercial accommodation and creative space comprising of studios, workshops, office units, meeting rooms and communal facilities.

Many of the structure’s remarkable original features were conserved and fused into the new design. As part of the refurbishment, Kingswood Construction contacted Selectaglaze to provide a solution to augment the thermal insulation of the existing single glazed timber windows in the reception, office spaces and communal facilities; some of which had to be 30 minute fire rated. Overall, 85 units were installed. The long row of primary windows on the first floor, complimented by a cast iron structure, was treated with a number of Series 20 vertical sliders. To aid ease of use, maintenance and cleaning, the sashes were reversed to accommodate a full width grab handle on the meeting rail and a lower handle along the bottom sash. The inclusion of secondary glazing in the renovation has created a more amenable working environment in the Joiners Shop.

In 2010 Selectaglaze worked with the Historic Dockyard Chatham when a number of units including the Series 10 3-pane horizontal slider and the Series 30 Lift out units were installed at the Grade II* Listed Armour Plate Shop.  This scheduled monument which was built in 1865, was one of the first buildings used for the introduction of iron and steel in shipbuilding technology and is now the Trust’s railway workshop and Waggonstop Canteen.

A year later, Selectaglaze was contacted by the Historic Dockyard Chatham to install a total of 25 secondary glazed units to the first floor of the Sail and Colour Loft, again for the purpose of improved thermal retention. Series 20 Vertical sliding counter-balanced units glazed with 4mm toughened safety glass were installed to 21 of the smaller window openings. The 4 larger windows were fitted with the Series 90 heavy duty vertical sliding units, curved at the head to match the existing reveal and glazed with 6mm toughened glass. This building which was constructed in 1723, was once used to make sails and flags, but closed in 2001 after almost three centuries. It is constructed from recycled timber, thought to be from Warships from the Dutch Wars. It now belongs to the University of Kent, who occupy a number of buildings at the Historic Dockyard Chatham. With the inclusion of secondary glazing, the rooms are now comfortable and peaceful areas for working and learning. 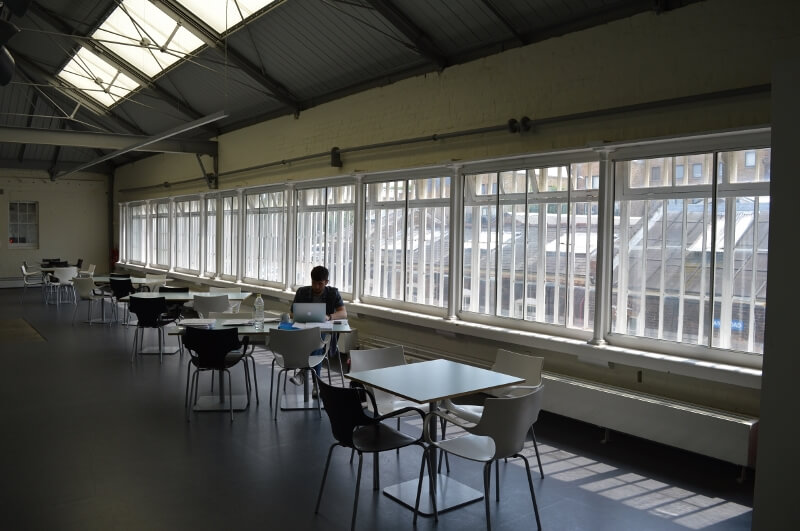 The Grade II Listed Engineering workshop, also part of the University of Kent, underwent a refurbishment in 2013. Selectaglaze was approached by main contractor Coombs Canterbury Ltd to provide secondary glazing for noise insulation and thermal retention. 21 units were installed on the ground and first floor windows including a number of Series 45 bottom hung and fixed lights, and Series 20 Vertical sliding curved head units. The engineering workshop is now an exhibition space for the University of Kent’s Art students. The inclusion of secondary glazing has made it a tranquil and thermally effective place for students to construct and present their creations.

Recently another building belonging to the Historic Dockyard Chatham; the Grade I Listed Fitted Rigging House which was built in 1793, received a £4.8 million cash injection from the Heritage Enterprise programme courtesy of the National Lottery Heritage Fund for its refurbishment and conversion. The project has produced new rental space within the building for commercial tenancy.  Furthermore, the Dockyard’s Library and Archive has been made into a more agreeable space, with enhanced visitor access to this nationally important collection. The redevelopment takes the overall investment in the Dockyard to almost £30 million. 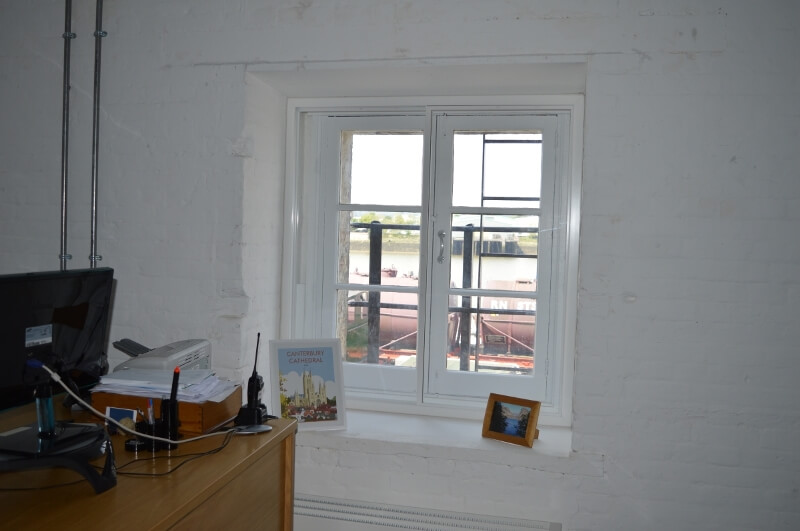 As part of the renovations of the Fitted Rigging House in spring 2018, Selectaglaze secondary glazing was specified on all floors of the building to help remove draughts. This was due to their long standing relationship with the Historic Dockyard Chatham. In the first phase of works, 133 units were installed, the majority of which were the Series 20 vertical sliding units. A second order was placed by Nigel Howard to fit the offices of the Chatham Historic Dockyard Trust, which is situated on the first floor of the Fitted Rigging House. 25 units were installed, again the Series 20 specified for the majority of openings. The large loop hole doors in the office that cannot be removed due to the buildings Listed status also required secondary glazing; so three Series 41 double side hung no threshold casement units were installed on door frames to improve thermal retention.

Overall, facilities manager Nigel Howard who has seen most of the redevelopment of the Historic Dockyard Chatham has been thoroughly impressed with the consistent quality of Selectaglaze systems throughout the years.

Selectaglaze, founded in 1966 and awarded the Royal Warrant in 2004 is at the forefront of the product development and design of secondary glazing. The extensive range of systems have undergone rigorous third party testing and are certified for acoustics, thermal efficiency and for enhanced protection against intruders and the effects of blast.