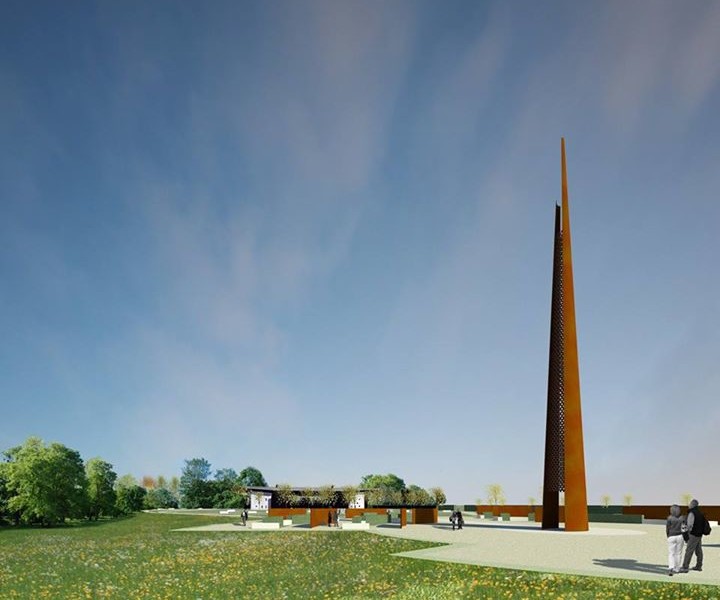 The new centre will be constructed on a hilltop site to the south of Lincoln, overlooking the city and Lincoln Cathedral, with its first phase to be completed September 2015.

The Centre is being designed to be the interpretive centre about Bomber Command, providing both an on-site and online hub of information and interpretation, as well as linking the Centre with other aviation heritage sites in this country and further afield.

Hsd’s project interpretation consultant, Alan Birdsall, said: “We are delighted to be working with The Lincolnshire Bomber Command Memorial Trust who owns and will manage The International Bomber Command Centre. The project design offers a real opportunity to engage people with the complex and contentious story of Bomber Command through dynamic access, the extensive archives and a wide range of personal perspectives.”

The vision for this Centre is to create a facility that will bring to life, through the multiple voices of those that served and those that suffered, the unique story of Bomber Command.

The Centre will fill a gap in the knowledge of the bombing war in Europe during World War II, as well as present new perspectives on this aspect of the War. It will focus on the human story, in an effort to promote understanding and reconciliation. This demands that Bomber Command is presented in all its complexity and ambiguity, for a 21st century Europe, without detracting from the bravery of those who participated in its operations.

The Interpretation Centre aims to highlight the complexity and diversity of interwoven narratives and to celebrate the orchestra of voices that have not yet been heard. The Centre will give a voice to many and will reach out to new generations who need to understand and pass on the memories across national boundaries promoting reconciliation.

“It is a real honour to be working on such an emotive project which explores the personal stories of those who served and those who suffered”, said hsd Senior Designer, Anthony Chadwick. “The visitor experience will be transformational in its offer due to the digital rich touch points which will add varied interactivity and engagement for all user groups.”

Adds Nicky Barr, Director, International Bomber Command Centre, said: “We are delighted to be working alongside hsd in this exciting and much needed project. The history of Bomber Command is classed as difficult heritage and hsd’s expertise in presenting stories of this nature was a major influence on our appointment decision. Their wide range of comparable projects internationally is of great benefit to the project as a whole”

Once complete the centre will comprise several interrelated elements: the Chadwick Centre, the Memorial Spire and walls, the Bomber Command Digital Archive and the International Peace Garden.

Currently hsd are completing interpretative design concept proposals for submission to the HLF and the exhibition content is being developed by project partner, the University of Lincoln, drawing from the project’s digital archive.

Hsd’s initial design ideas include a dramatic introductory AV experience relating the story of Bomber Command 1939 -1945, representing the heritage in a factual, unbiased way through drawing on the extensive film and photographic archives, immersive and interactive exhibits allowing visitors to explore Bomber Command’s operations during WW2, the national and international dimensions and the work and losses of the Operational Training Units.

There will also be an exhibition of ‘Talking heads’ – filmic reconstructions of air crew and people impacted by Bomber Command. These will present the stories of war in contemporary context and include the effect of Bomber Command’s activities on the populations of Germany, Holland and other European countries.

Access to the rich oral history archives will be provided via an ‘Orchestra of Voices’ audio gallery to enable visitors to explore unique perspectives through the personal stories of those that served, suffered, supported or were affected by operations.

Collectively, the range of visitor experiences on offer will provide a forum for international discourse and remembrance.