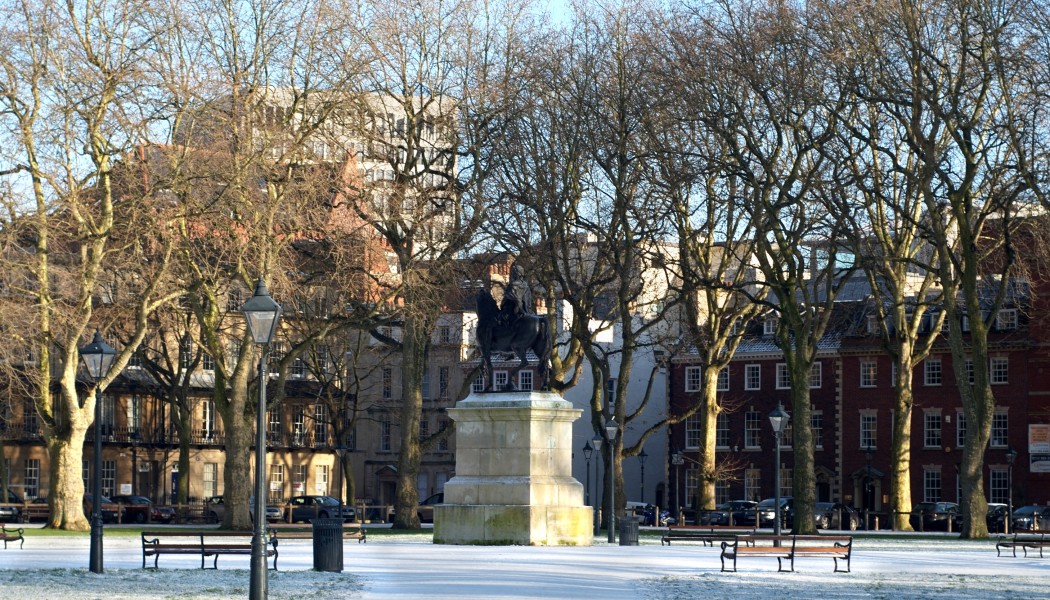 Magic moments with mobile apps – what they mean for heritage brands

You’re on a heritage tour of Bristol. Imagine walking across Queen’s Square, centre of the 1831 reform riots, and hearing the clamour of those riots – the cries of the mob, the struggle to keep order and the final charge of the 3rd Dragoon Guards. You jump at the sound of hoofbeats, turn around, step out of the way – and you’re back in the present. There’s nothing to be seen but the tell-tale wide eyes of the other people on the tour. You know what they’re feeling; you’ve felt it too, and nobody else on the square has.

Now imagine that this happens automatically; you downloaded an app at the start of your tour, it picks up GPS data as you move through the city, and elements of the soundscape are triggered automatically while you explore. We call these ‘magic moments’. No button pressing, no pointing out landmarks – just an organic, immersive experience which develops as you explore a site at your own pace.

The equation is simple: Smartphones with increased media capabilities + ubiquitous mobile data and GPS technology = opportunity to enhance a physical landscape with an interactive mediascape. The result, for users, is a changed experience – a series of magic moments in which past and present start to dance. An app might give a profile of a significant figure, just as the user is passing by their statue. From the user’s perspective, elements of the physical world interact with the soundscape, drawing them into a rich, augmented historical reality. Even the moments when the user’s immersion is strained – when they’re prompted to look at the space where something used to be, or when something new intrudes on the narrative the app’s delivering – become part of the experience, weaving the user in and out of time. The history of the space fills the user’s perception and a site they might pass through every day is enriched and extended, almost seen through new eyes.

What makes for magic moments?

Immersion: Immersion means seeing more than what’s really there. It means the ear deceives the eye and inspires the mind. It transcends information; it demands imagination. Sight and movement come first. Users who are worried about being safe or getting lost are breaking their immersion to check and double check their surroundings. Guide them through the site; steer them along paths you’ve chosen. Think about what they’ll see, where they’ll look – or not look. If there’s something big that they can’t help but see, fit it in: if there’s something small they might otherwise miss, show them where to find it.

Sound follows. Sound is how you create your magic moments, and it’s how you sustain the immersion that makes them work. A few seconds of background loop aren’t enough: the repetition becomes obvious and disbelief, unsuspended, comes crashing down on your users. You need a tapestry of sounds that changes as they move around – new sounds replacing old ones, cycling in and out to create an audible world that shifts, just as the visual one does. You need intimate knowledge of your site; know where the little details are, the lines of sight, the places where the bark of a cannon or the cry of a trader will turn heads in the present and anchor feet in the past.

Do it right, and your app users will clock each other as they move around the site. They won’t be able to help it; they’ll be responding to the same things, sharing the same space that you’ve created for them. These present-day people in their imagined past make it real, complete the illusion, populate it with others who are as lost in the moment as they are. People bring the sight of the present and the sound of the past together. That’s the power of the app. Every user is part of a shared fantasy, a shared memory; every visitor includes every other in their experience. Heritage tour apps transport participants into a time, a place, an experience. Where would you take them? What could you show them? Is there a story you want to tell, a feeling you want to evoke, a memory you want to create? What could magic moments do for you?

For more ideas on how heritage businesses use apps to offer enriched visitor experience, read some of our client case studies.