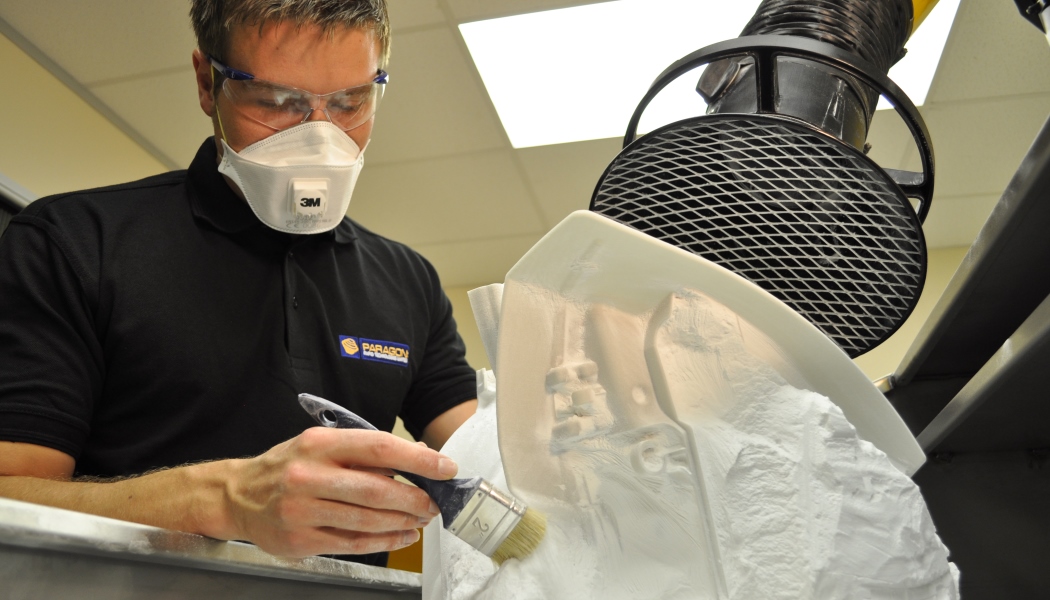 With another couple of Star Wars stories in the offing, he is already hard at work building more droids. These new creations remain under wraps until the films are released, but Lee’s work mechanising security droid K-2SO and designing the cute little BB-8 will already be familiar to fans.

In Episode IX, we meet a new droid, D-0, a friend of BB-8. While the latter’s creation is well-documented, details of D-0’s origins are a little harder to find.

From an engineering perspective, the creation of BB-8 saw multiple components in play. For the visual elements, BB-8 was cast from a silicone mould in a resin that could withstand the rigours of filming in the desert. D-0, on the other hand, was fabricated mainly from 3D printed parts 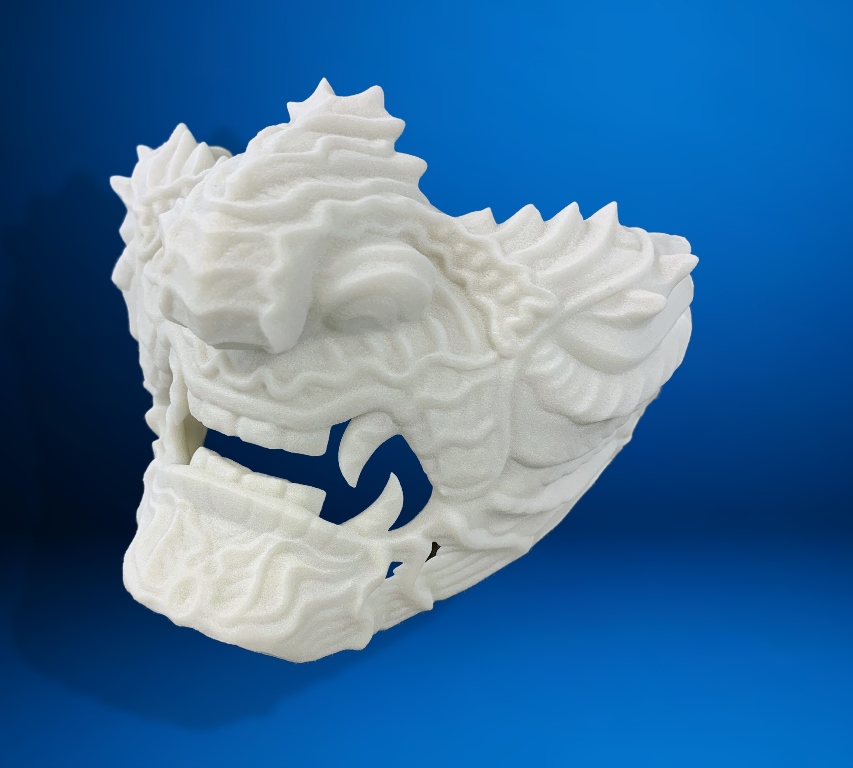 Film Props and Models for animatronics 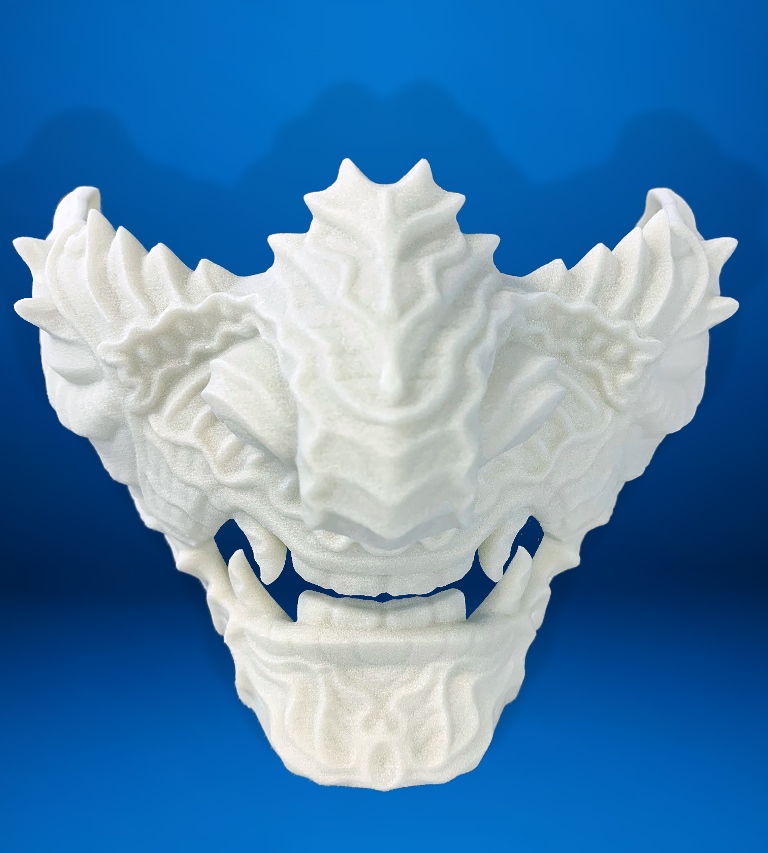 The versatility of SLS

Lee is a big fan of SLS (selective laser sintering), a powder bed fusion 3D printing process using a reinforced nylon powder. The resulting prints are tough, durable, and slightly flexible, and the level of detailing can be quite intricate.

Unlike some other laser printed processes, SLS does not require support structures, which considerably reduces the finishing time on parts. When you are up against it – producing models and complex moving parts to meet filming deadlines – every time saving process is welcome.

“The biggest advantage of SLS, in addition to cost, is that there is time saving in both the designing of pieces and in the prep work of parts,” says Lee. “The material has just enough flexibility to enable snap fitting of parts, and at the same time, it is really quite robust.

“To start off with, we used 3D printing in SLS for creating pattern masters, because the printed core can be modified very quickly and easily by gluing modelling clay to the nylon substrate. Most of BB-8 was cast using a silicone mould created around a 3D-pinted core. As we made a number of BB-8s, it was just as quick to 3D print some of the component parts and paint them up.

“We use SLS for end-use parts because once polished up, you cannot see the layering. It’s easy to paint and bonds well with other parts. We’ve also found the slight porosity of the SLS is actually advantageous for us; it grabs our paint system really well and the paint never cracks or flakes off.” 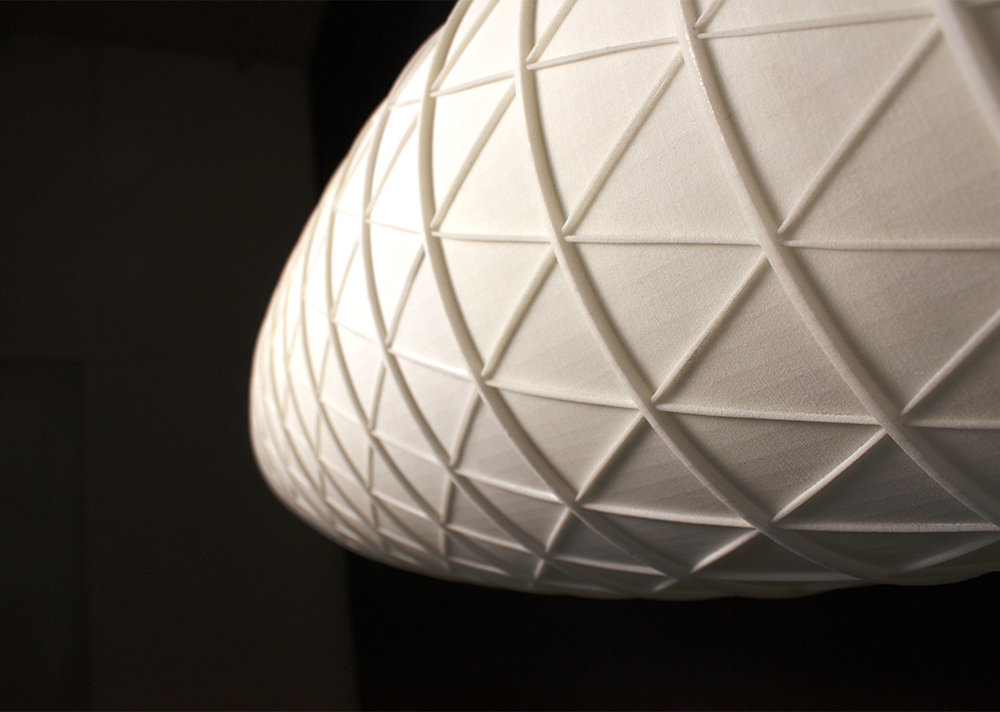 “Because SLS printing is a relatively cheap build, any parts that are not quite right can be re-done,” the animatronic designer continues. “In fact, one of the greatest things about SLS printing is that you can try out many different iterations of an idea in a relatively short space of time, and without having to push the budget too much. It’s a lifesaver when a director comes up and says, ‘Can we just change that and re-shoot tomorrow?’ With 3D Printing, the answer is usually ‘yes’.

“SLS printed parts are tough and are also quite forgiving. If you are inserting bits of metal for animatronics, it takes the intrusion well. A thermoset resin from a process like SLA is a lot more brittle and you would have to be very careful designing for the insertions. SLS tends to bend rather than break.

“If we really punish it on set, the crack doesn’t run and it can be snapped back into place. It bonds strongly with superglue – a lifesaver when minutes spent mending can cost thousands of dollars in production fees. Similarly, fibreglass reinforcement to the back of SLS parts bonds very strongly; it becomes virtually indestructible.”

Lee is sworn to secrecy for his latest projects. In fact, he’d rather not outsource his 3D printing as it would make keeping secrets much easier. For the time being, though, he’s happy using Paragon Rapid Technologies for all his larger 3D projects that won’t fit on his desktop printers at his studios. As an approved Disney Supplier, they too are sworn to secrecy. 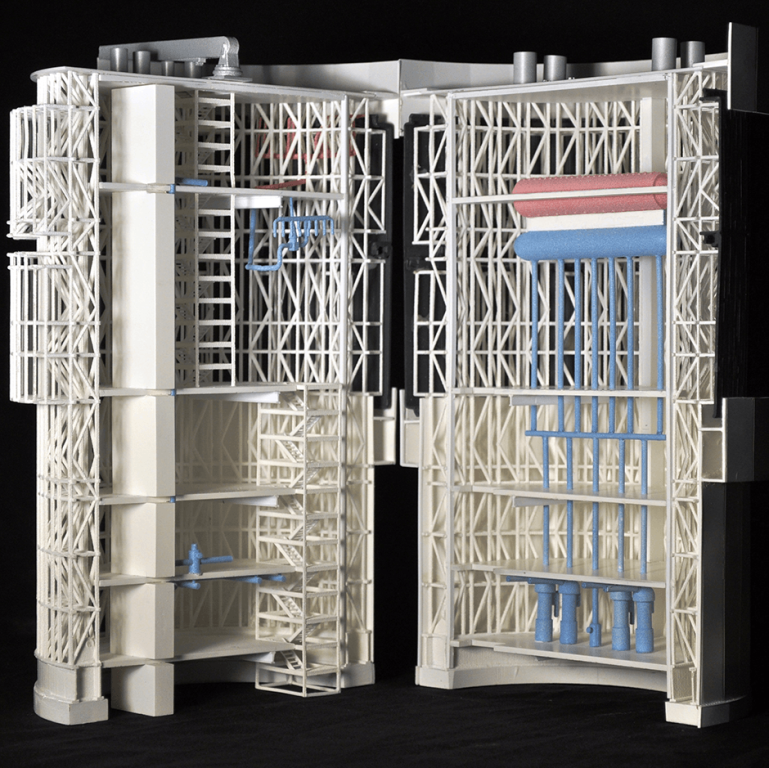 Aurora Rises: How to get ahead in modelmaking