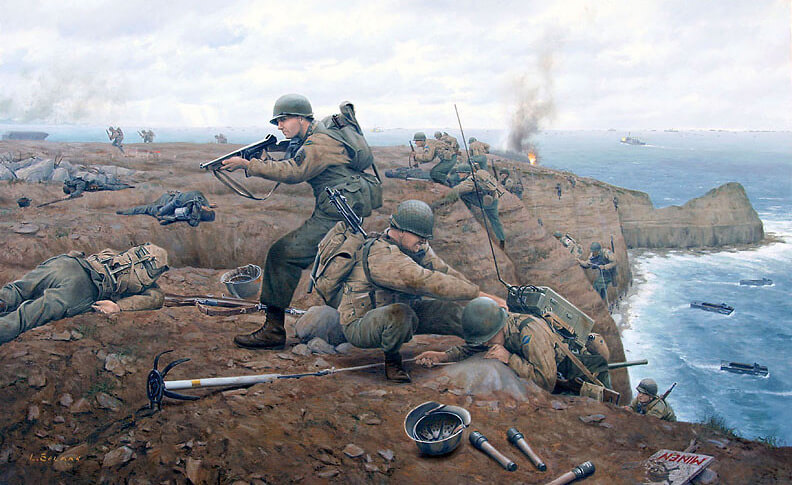 Marcon appointed to redevelop US Rangers Museum in County Antrim

The unique facility first opened in 1994 following a 50th anniversary event when visiting US Rangers veterans generously gave their photographs and memorabilia to create a permanent exhibition.

The museum is dedicated to the men who joined the first battalions of the elite American Army unit, formed at Sunnylands Camp in Carrickfergus in June 1942.

Marcon will be responsible for the manufacture and installation of specialist joinery, plinths, fitted furniture, graphics, touch screen interactives and display cases that will house the many artefacts from the museum.

“When complete, the facility will boast a new, visually striking set of displays that will include previously unseen artefacts, photographs and extensive film footage,” said the Mayor of Mid and East Antrim Borough, Councillor Audrey Wales MBE. “The updated museum will offer a high quality visitor experience which aims to be a fitting tribute to the men who volunteered their services to the elite fighting force the US Rangers.”

The US Rangers – which is part of the US Special Forces today – was set up as a ‘Commando style’ unit drawn solely from volunteers and was nicknamed ‘Darby’s Rangers’ after their dynamic leader Lieutenant Colonel William Darby.

They trained in extreme conditions and went on to fight in some of the deadliest battles in Europe and became one of World War II’s most courageous and decorated units. It remains the only US military unit ever founded on foreign soil.