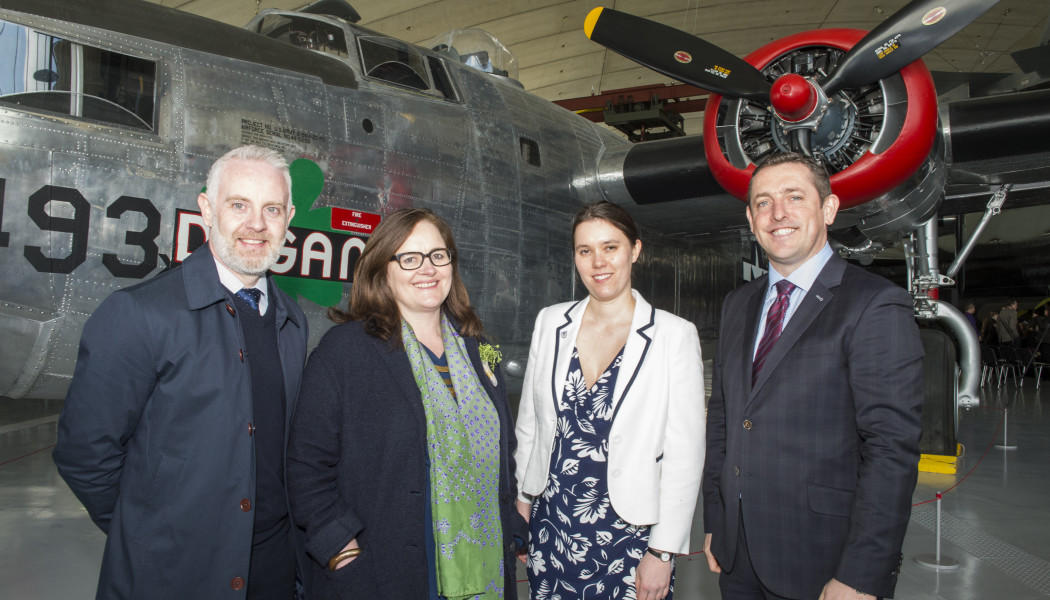 Northern Ireland based fit-out specialist Marcon has completed a major contract at the American Air Museum at IWM Duxford, Cambridge – one of the renowned Imperial War Museums

The American Air Museum houses a unique collection of American aircraft which is the largest collection on public display outside of the United States.

The £3 million transformation of the American Air Museum opened to the public towards the end of March and tells the story of Anglo-American collaboration in 20th and 21st century conflict, as seen through the eyes of the people linked with the aircraft and objects on display. From Private to President, the American Air Museum tells the personal stories of 85 people whose lives have shaped or been shaped by their experiences of conflict. It focuses on the key role played by American air power, in conflicts from 1918 to the present day, with dramatic displays of historic and contemporary aircraft.

Upon entering the American Air Museum, visitors will be greeted by the commanding sight of 18 aircraft, some suspended as if in flight and will be introduced to the chronological themes of the exhibition – World Wars, Cold War and War in the Mountains and Deserts – through introductory films featuring some of the remarkable people they will encounter as they explore the museum.

Visitors will also be able to view 850 objects including equipment, uniforms, keepsakes and photographs. Many of these artefacts have never been seen by the public before. 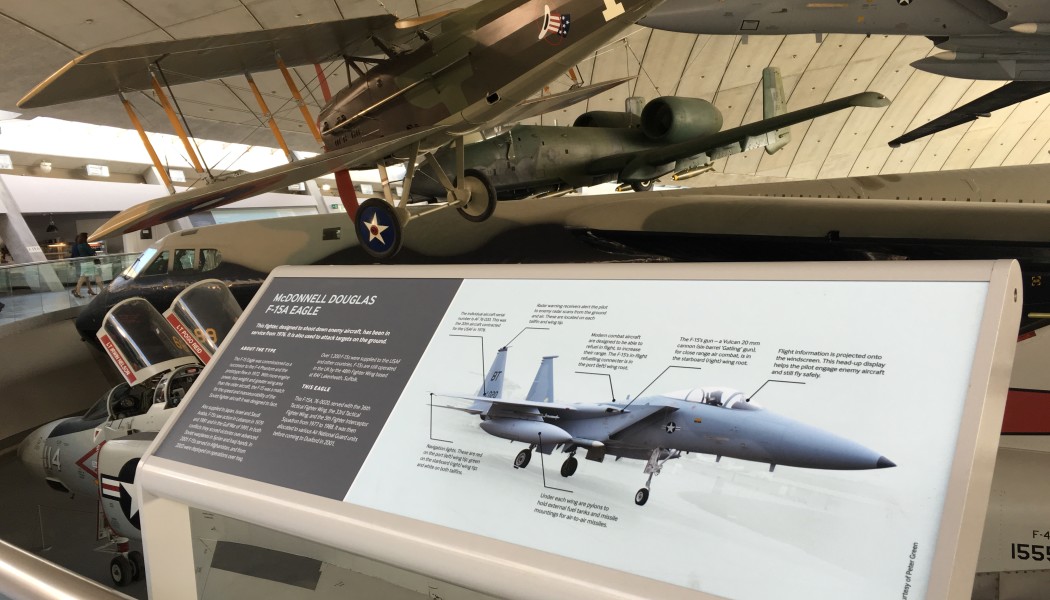 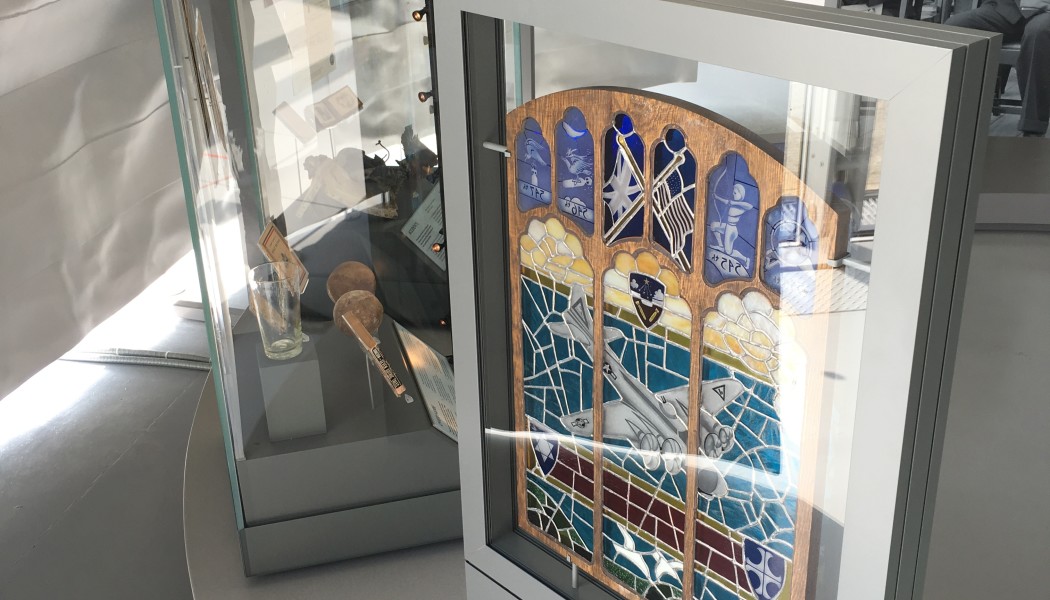 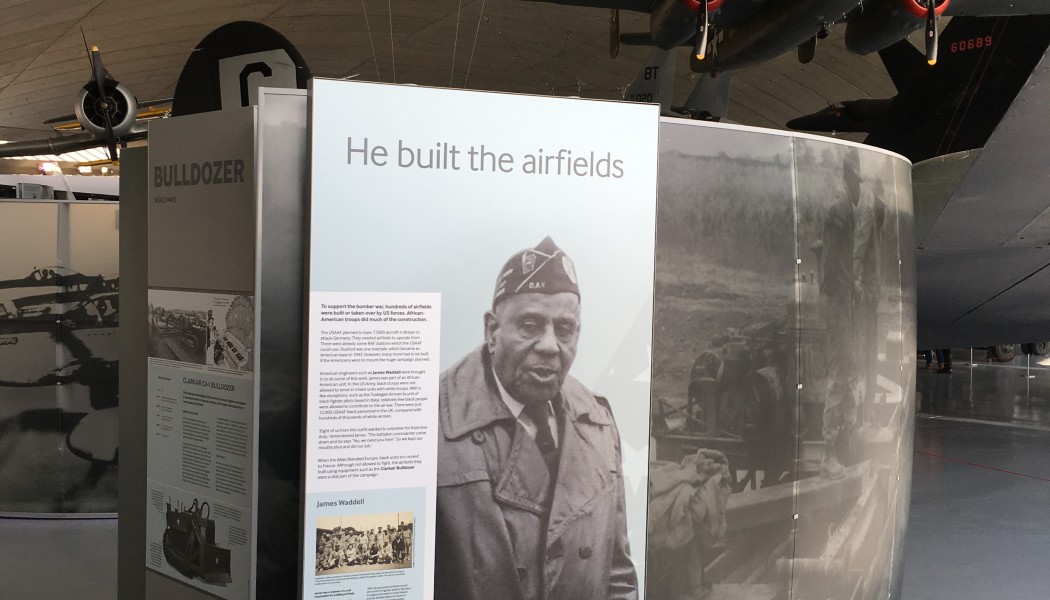 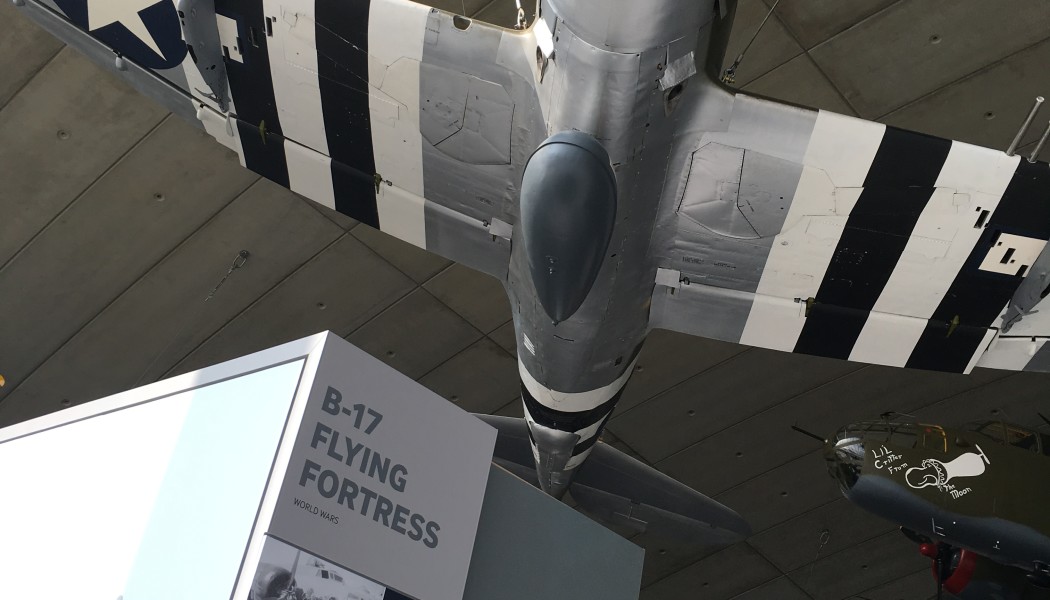 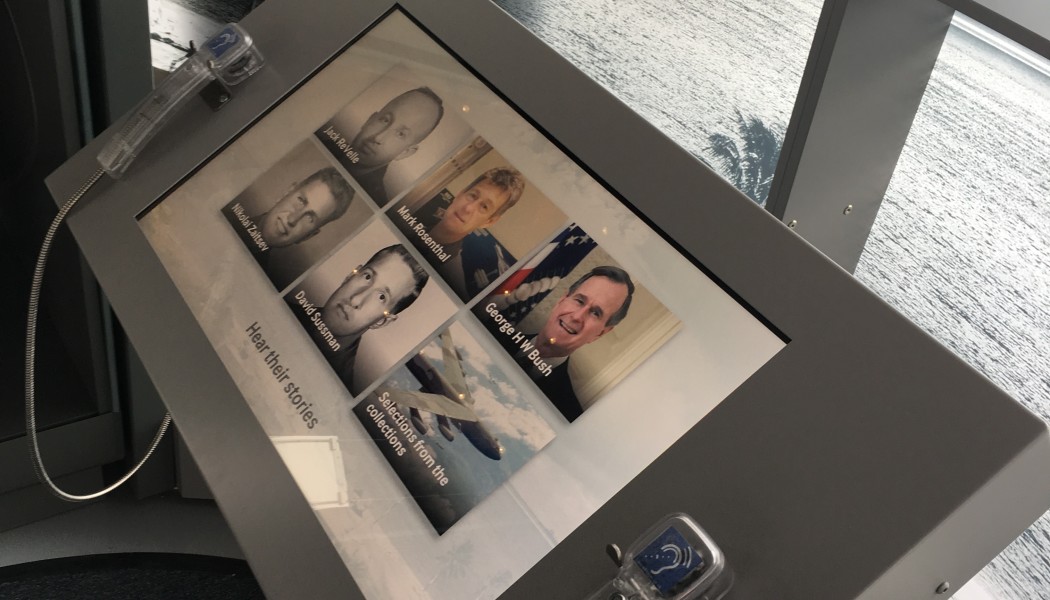 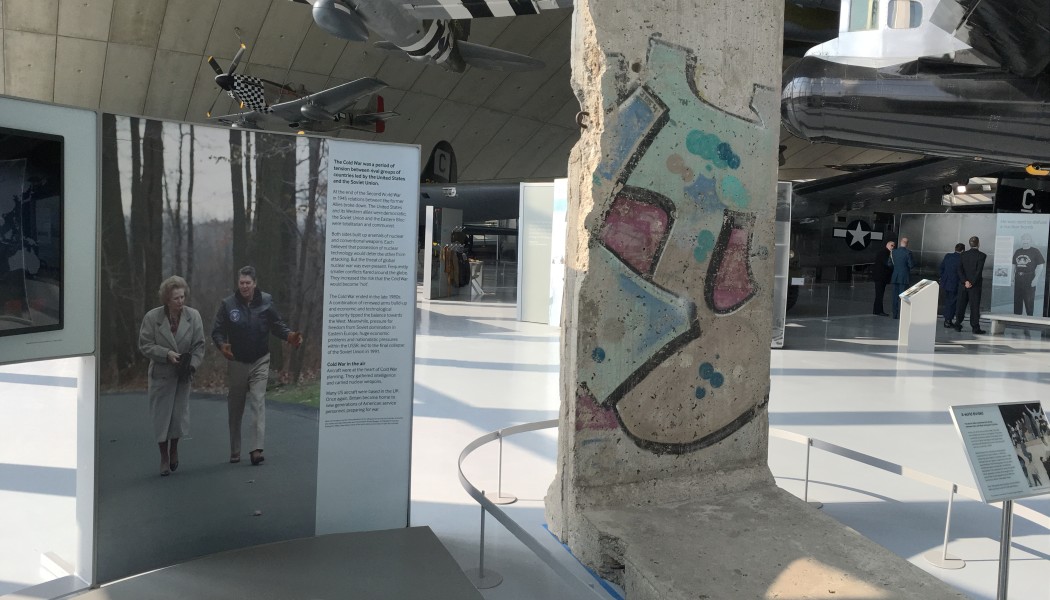 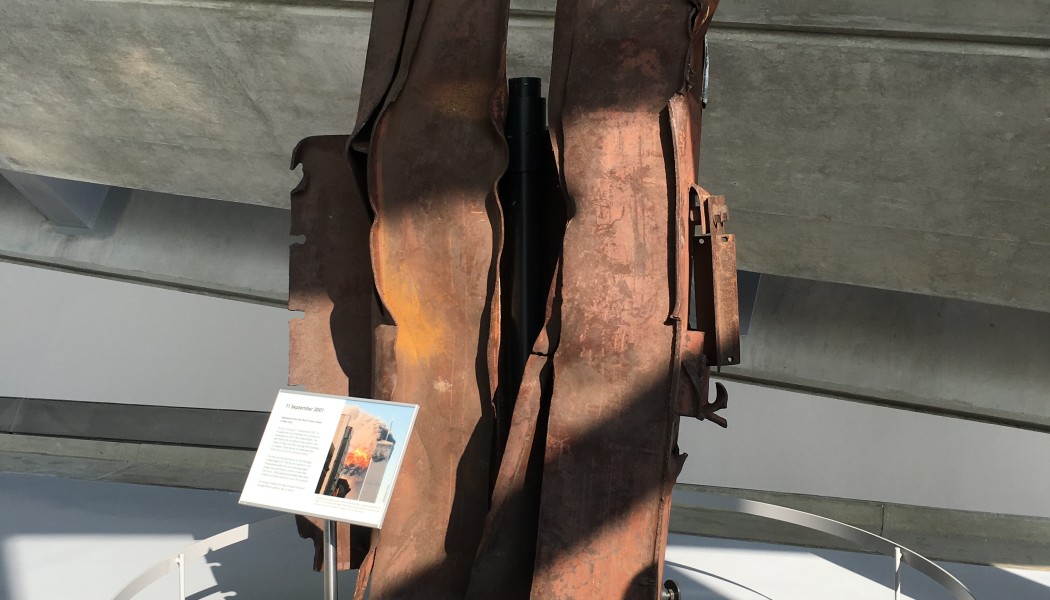 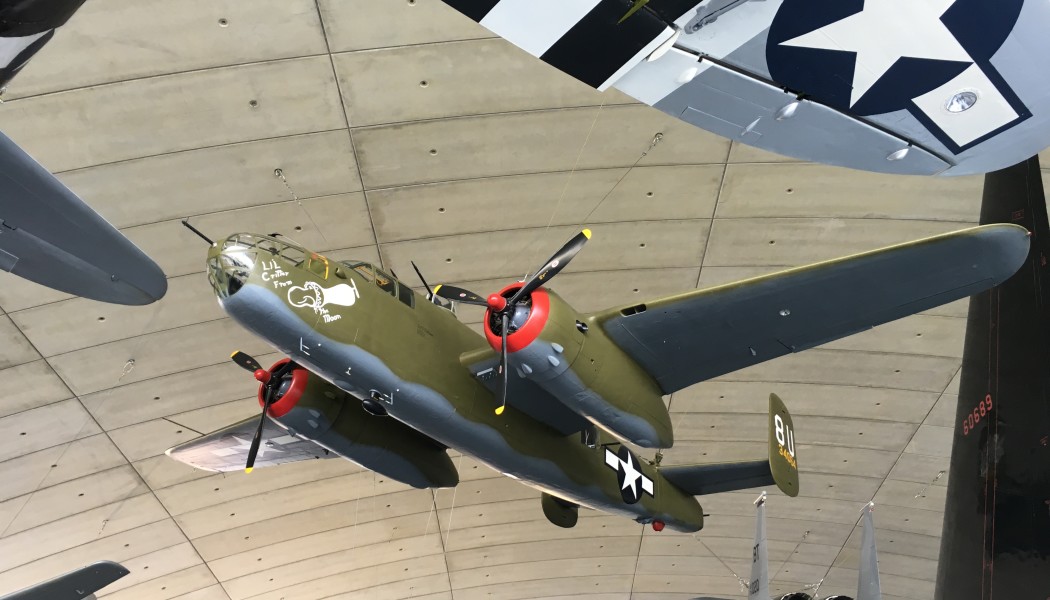 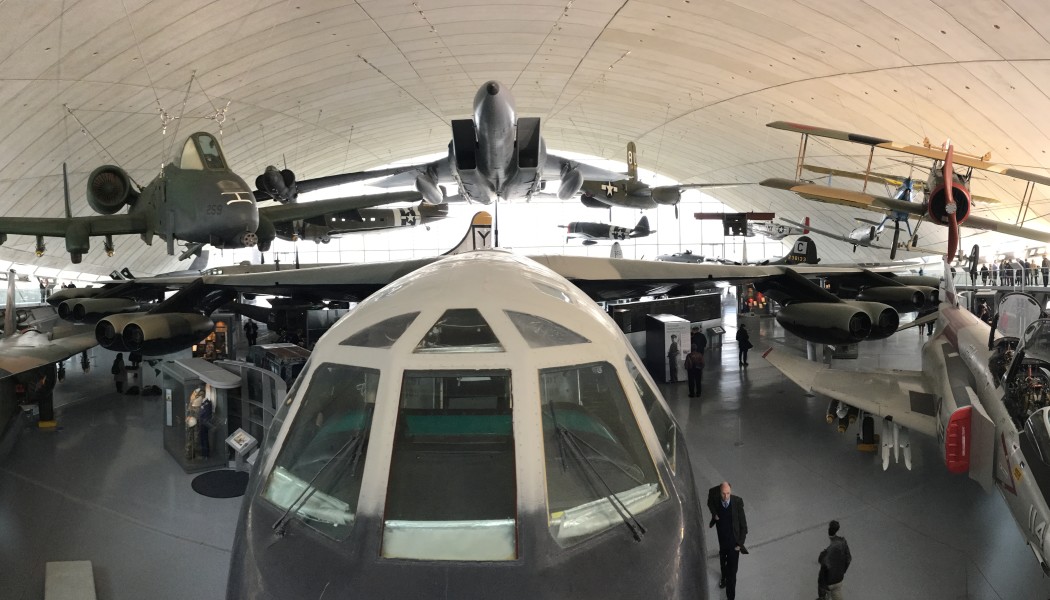 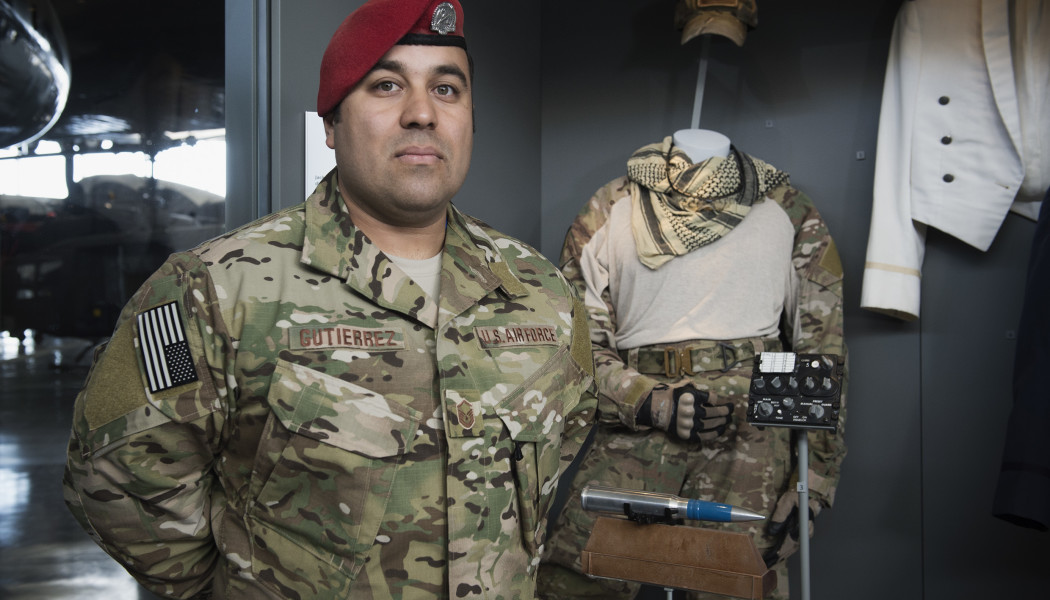 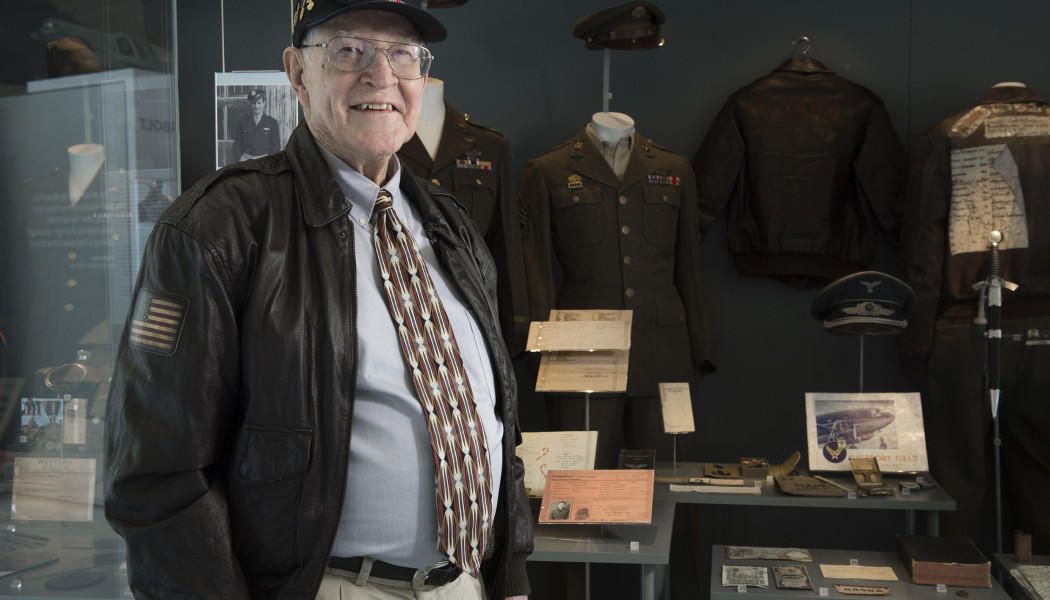 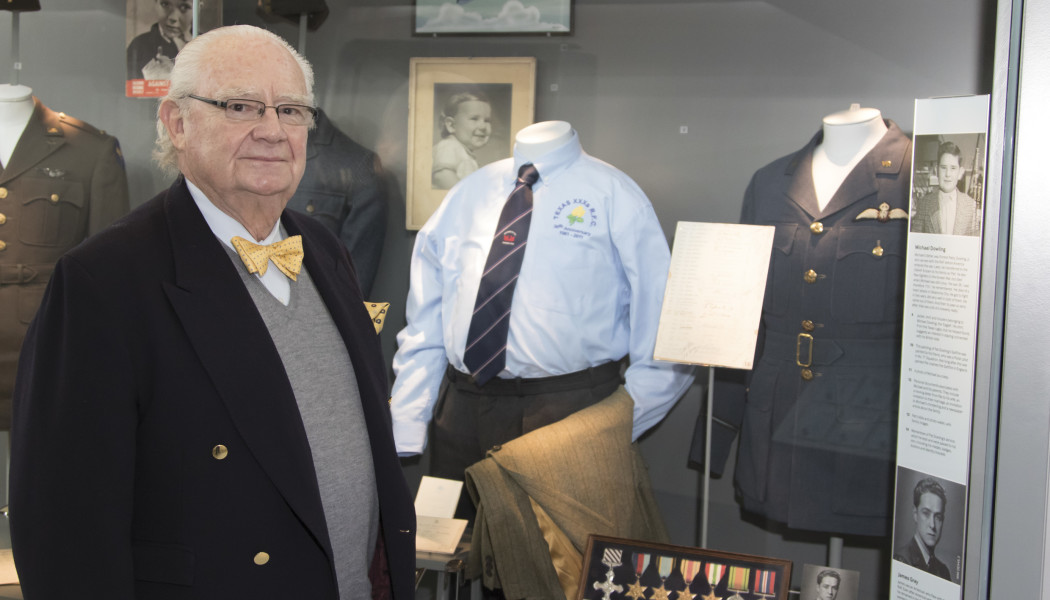 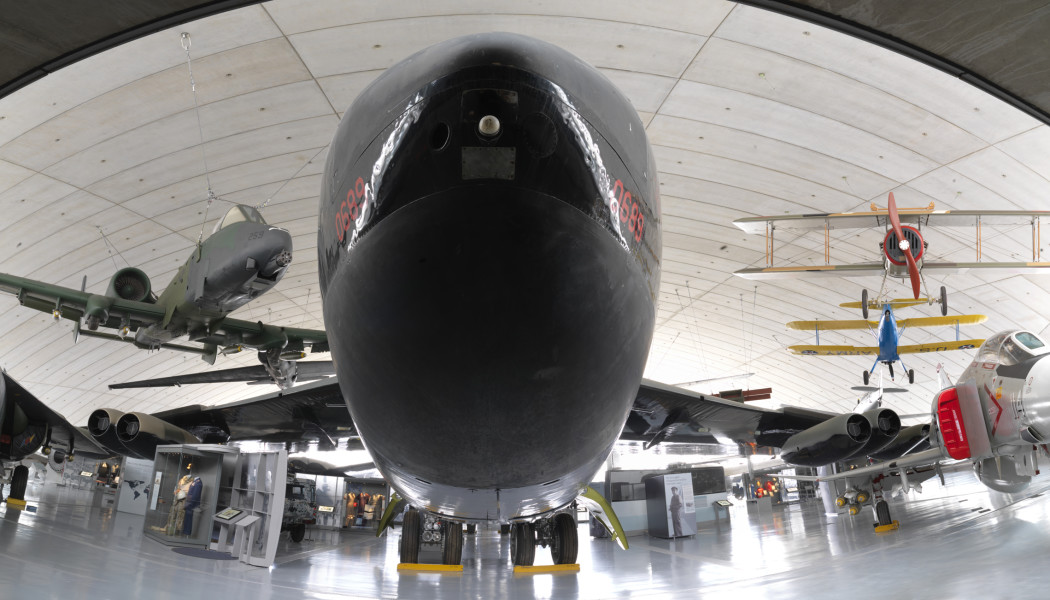 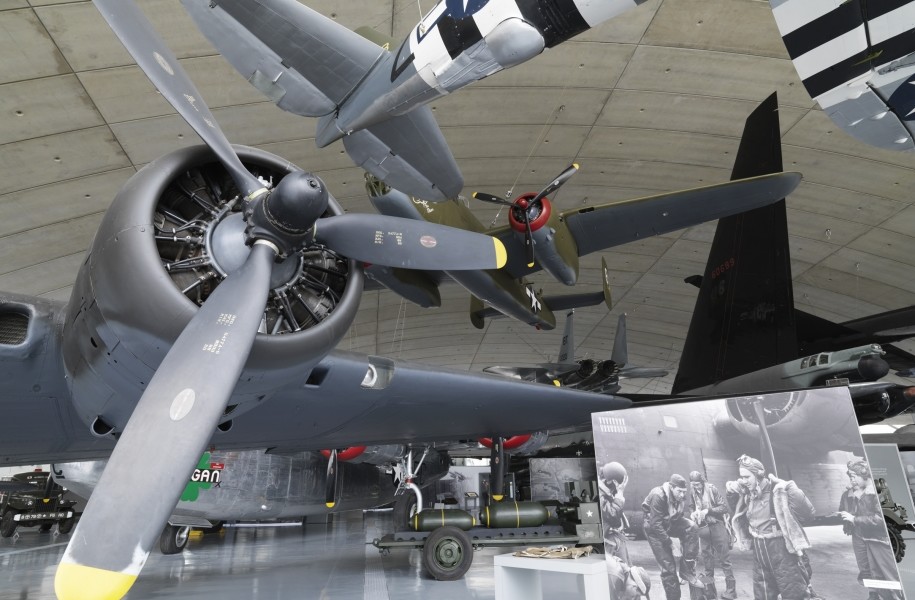 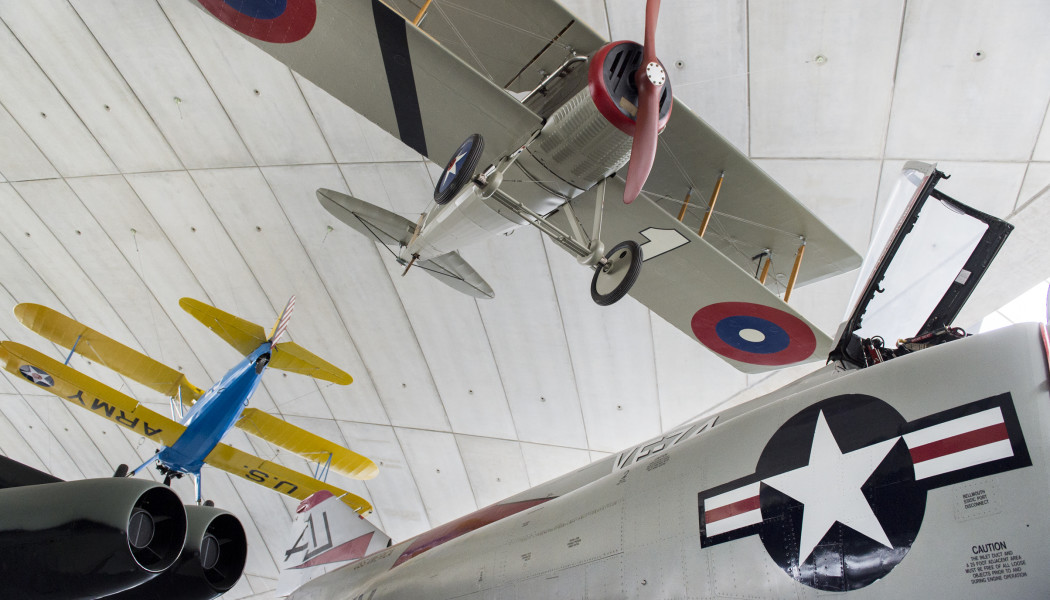 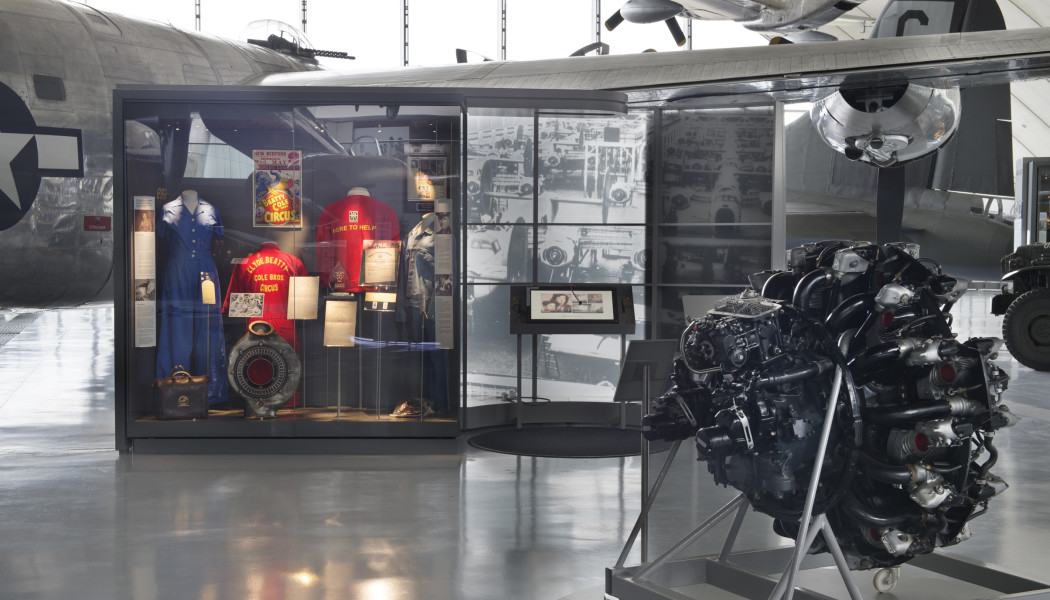 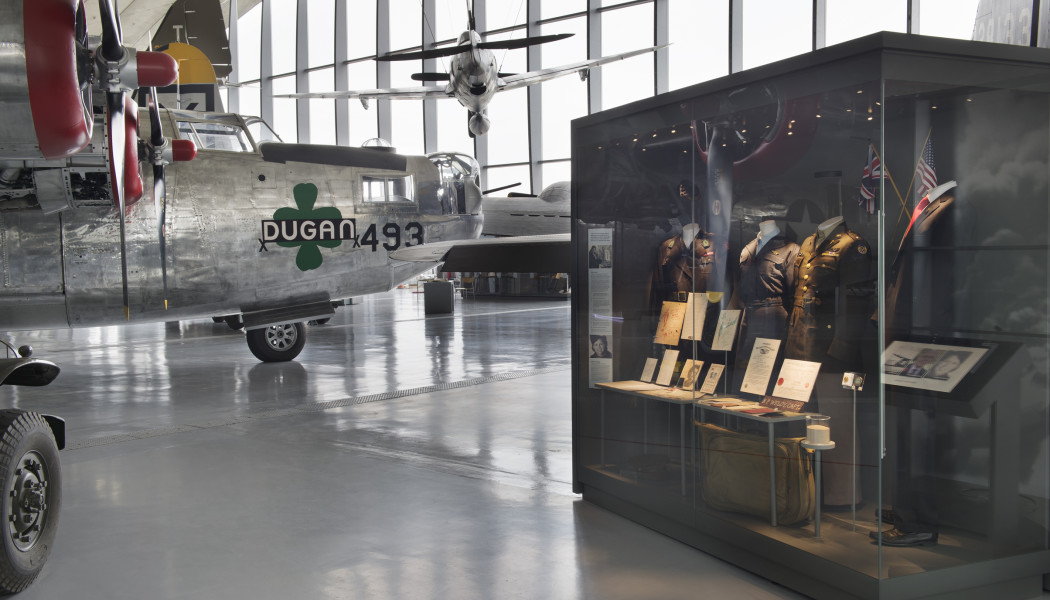 Marcon completed all of the museum setwork displays, graphics, interactive exhibits and coordinated the installation of the integrated audio visual hardware and display cases. The company’s specialist joinery workshop manufactured free standing ‘Narrative Islands’ that contain graphic and digital interactives. The project also included the creation of three feature displays containing steel girders from the World Trade Centre, a section of the Berlin Wall and a 20ft long flag of the United States of America made from reinforced fibreglass.

Mark O’Connor, Director, Marcon, said: “For Marcon to play such an integral role in the high-profile redevelopment of the American Air Museum is hugely satisfying and a great achievement for the company.  Our project team has thoroughly enjoyed working in partnership with IWM and Redman Design.  This is a very significant project for us as we continue to enhance our growing reputation within the museum and heritage sector.”

The museum follows the story of warfare in chronological order, beginning in 1918 through the Cold War and more recent conflicts in the Gulf, Iraq and Afghanistan. The numerous displays include the stories of a variety of people ranging from pilots to a female riveter who built aircraft and an African-American engineer who built airfields.

Diane Lees, Director General of IWM, said: “The transformed American Air Museum tells the story of the relationship between Britain and America in very human terms. Personal stories come to the fore, vividly demonstrating the consequences of war in the 20th and 21st centuries.”

A B52 Stratofortress and SR-71 Blackbird from the Cold War, a B-25J Mitchell bomber used in the Second World War, a Huey helicopter used in Vietnam and an F-111 which was operational in the Gulf War are all on display.

Jenny Cousins, Project Leader for the American Air Museum at IWM Duxford said: “Marcon worked with IWM and our exhibition designers Redman, to produce high-quality displays with a close attention to detail. It felt more like a partnership: I was able to relax and leave the installation team to get on with it, confident that they would make decisions for the good of the final visitor experience, rather than expediency.”

The major redevelopment of the museum, originally built in the late 1990s on the former site of First World War US hangars, was funded by a number of funders and sponsors, including the Heritage Lottery Fund.

Eilish McGuinness, Director of Operations, Heritage Lottery Fund said: “The Heritage Lottery Fund has been delighted to support the redevelopment of the American Air Museum, telling the story of the vital cooperation between the UK and the United States.  The new displays communicate the stories of those who were involved directly but also the wider stories of the communities which surrounded the airbases, and through the ‘virtual volunteers’ everyone can get involved to share in this heritage. Thanks to National Lottery players and congratulations to Imperial War Museum and all those involved.”