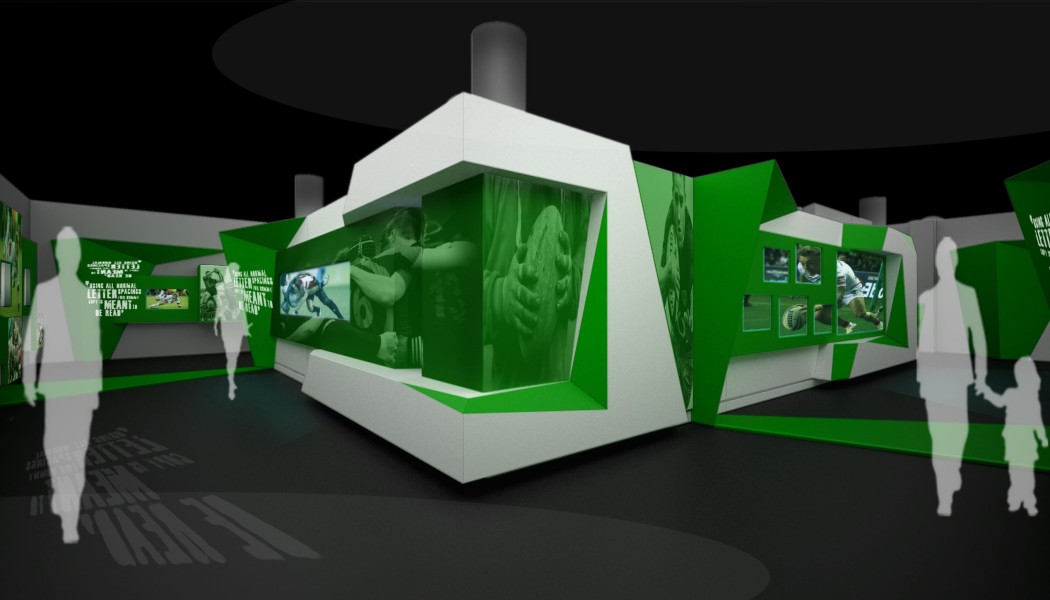 Manchester based design consultancy Mather & Co has been appointed by the global governing body for rugby union, World Rugby, to take on the project of designing a brand new attraction in Rugby – the World Rugby Hall of Fame.

Following a successful Rugby World Cup tournament in 2015 and with a return to the Olympic Games in Rio de Janeiro set for this year, the world’s second most popular sport has never been so celebrated. World Rugby delivers a whole range of development services and programmes to help develop rugby globally, and looks to engage people further in the game through the World Rugby Hall of Fame.

Mather & Co boasts an impressive portfolio of sporting museums both in the UK and across the globe, including the Springboks Experience in Cape Town, South Africa, which delves into the history of rugby in South Africa for the first time, The Nevin Spence Centre, an attraction focusing on rugby in Ulster, and the National Horse Racing Museum in Newmarket.

Further Mather & Co. projects include The Olympic Museum in Lausanne, working with the International Olympic Committee, and the world’s leading offshore sailing events museum, the Volvo Ocean Race Museum in Alicante. With a long standing history of designing interactive, engaging attractions, Mather & Co will bring a wealth of expertise to this exciting project.

The museum will be situated in the birthplace of the sport, Rugby, UK. Mather & Co has been working closely with both World Rugby and Rugby Borough Council to help realise the designs for this unique attraction and bring them to life.

Chris Mather, Managing Director at Mather & Co., said: “It’s great to be working with another iconic sporting association in realising the designs for such a unique attraction. We hope that the project will further concrete Rugby’s ties with the sport and encourage visitors from around the UK and the world to get a real feel for the game.”

The team behind the brand new attraction will create a fully interactive museum showcasing rugby, its rich heritage and character building values as well as honouring the World Rugby Hall of Fame inductees.

Rugby, UK has a rich history as the birthplace of the sport in 1823 and the new project will invite visitors to immerse themselves in the experience and learn more about the origins and development of the game. The design will incorporate World Rugby’s extensive video archive and memorabilia collections with technological innovations to create an interactive visitor attraction that will showcase the sport like never before.

World Rugby Chief Executive Brett Gosper said: “We are thrilled to have a permanent destination for the World Rugby Hall of Fame that will allow visitors to relive rugby’s greatest moments throughout the game’s long and fascinating history. We will be working closely with Mather & Co. in order to bring our vision to life and ensure the Hall of Fame becomes a popular attraction for millions of people to enjoy for generations to come.”

The immersive Hall of Fame will celebrate 120 personalities who have defined the game, including founder of the modern Olympic Games, Pierre de Coubertin, England’s World Cup winning Coach, Clive Woodward, and the South African Legend Danie Craven. As well as commending the rich history of the game, the attraction will feature a gallery focusing on rugby’s current events and the expanding game including rugby sevens, women’s rugby & Junior Leagues.

The World Rugby Hall of Fame will be located in the heart of the town on the first floor of the art gallery, museum and library and is scheduled to welcome visitors in late 2016.