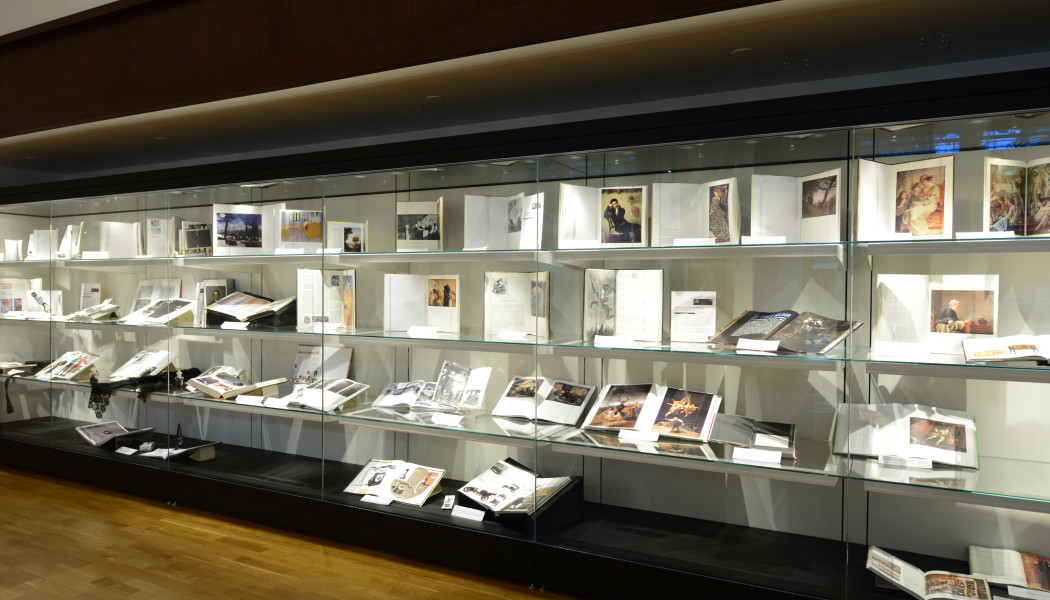 The Médiathèque Pierre Amalric d’Albi (Albi Médiathèque) houses many rare, valuable and historical books. In early 2015, the library wanted an impressive, seven-meter-long showcase to house the contents of a major new exhibition that was due to open this fall.

With more than 25 years of experience, Promuseum, based in Rosny-sur-Seine, France, is a global designer of museum showcases that enhance, as well as protect and conserve, precious collections.

When she arrived at Albi Médiathèque over two years ago, Mrs Deschaux noticed that the library’s showcases were in dire need of upgrading. They were made of different materials – wood, aluminium or glass – and were not suitable for preservation of the rare books.

“They were not adequate for these historic collections,” she said.

Mrs Deschaux connected with Promuseum to discuss the project. “I wanted an airtight showcase with laminated and anti-glare glass that complies with AFNOR standards to exhibit illustrations and photographic collections,” she explained.

Given the amount of natural light in that part of the library, and hence the likelihood of glare and reflection off the display case, Promuseum recommended Guardian Clarity anti-reflective glass as the ideal solution for this installation.

Last year, Promuseum met with Guardian Industries’ Glass Group in Europe to develop a range of showcases using Guardian Clarity™ anti-reflective glass. This followed an extensive search by Promuseum staff to find a high-quality solution that would allow museums to provide a perfect view of their collections behind glass.

“The Albi Médiathèque did not know about Guardian Clarity glass,” said Juliette Bourdillon, Promuseum General Director. Guardian Integrator Manager David Allouche provided samples and technical support to explain the advantages of Guardian Clarity glass. “Promuseum believes in this glass and we felt it was the ideal solution for the Albi Médiathèque. They decided to give it a try.”

Promuseum built a seven-meter-long display case mounted wall to wall, with the entire front using Guardian Clarity glass. “The biggest challenge was the large size,” said Mrs Bourdillon. “Moreover, it had to be slotted in a niche. But in the end it turned out perfectly and it really met the high expectations of the Albi Médiathèque.”

The Guardian Glass Group in Europe is a leading supplier of high-quality commercial, residential, interior and automotive glass products. It produces its Clarity double-sided, anti-reflective glass using the most advanced magnetron sputtering glass coating technology. As a result, Guardian Clarity glass enables a light transmission of 97 per cent and a reflection of less than 1 per cent, compared to architectural float glass, which offers a light transmission of 90 per cent and has a reflection of 8 per cent. Guardian Clarity glass was developed by taking into consideration the demanding needs for optical performance within the museum display segment. Its features provide the best available anti-reflective visual performance on the market and allow to provide maximum transparency whilst eliminating unwanted reflection and glare.

Guardian also provided training and technical support, and helped Mrs Bourdillon and her team to establish contacts with local fabricators who could manufacture the glass. Leon Broekman, Business Development Manager for Guardian InGlass products, and David Allouche, worked closely with Promuseum throughout the project.

Promuseum placed the glass order in July and installed the custom-made display case at Albi Médiathèque in late September. On 6 October, the multi-media library opened its current exhibition of historical books, called “Black: the History of Color” which runs through 2 January, 2016. According to Mrs Deschaux, the exhibition is an adaptation of Michel Pastoureau’s book of the same title – using books and engravings – in which the author explains the fascinating history of the color black, how the color is considered by societies, and how civilizations have viewed it over the centuries.

As for the new display, Mrs Deschaux said: “I am quite satisfied with the anti-glare aspect thanks to Guardian Clarity glass. I have to say that visitors are really happy with the look of the showcase.”

Following the growing success of its showcase portfolio for museums, Promuseum appointed Bernard Rey to reinforce the team. He will be responsible for developing the market for customized and personalized showcases, and for intensifying the contact with other French museums.

“Given the success of this project, Guardian Glass Europe and Promuseum will demonstrate Guardian Clarity double-sided and anti-reflective glass during the SITEM Fair in January 2016 to show the differences between this product and other types of glass,” said Bernard Rey.

“We now propose Guardian Clarity anti-reflective glass for all showcase projects, and have started to show it to designers and architects specialized in museum displays,” added Mrs Bourdillon.