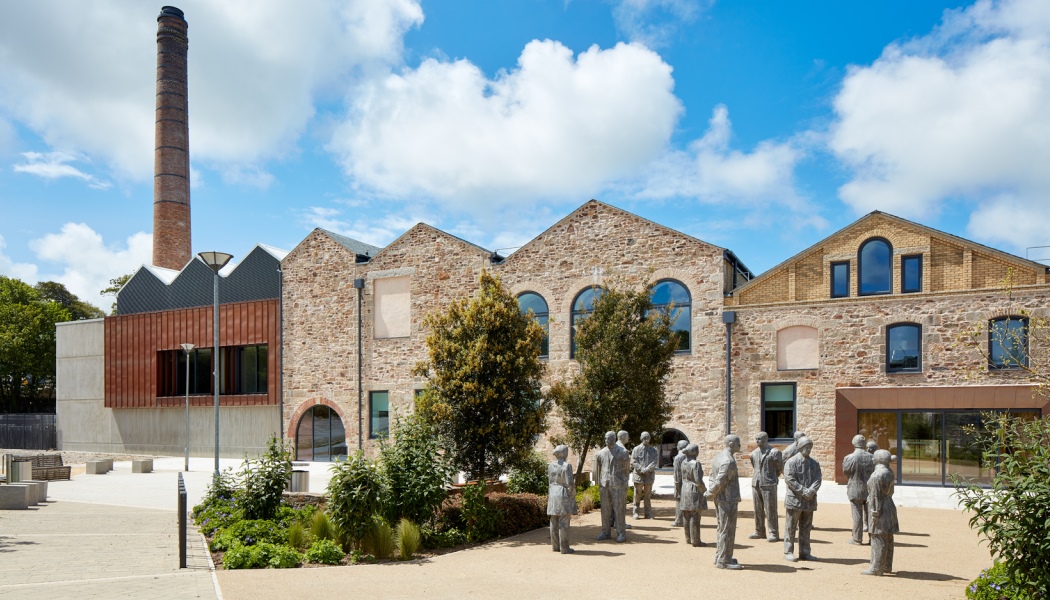 Kresen Kernow brings together the world’s largest source of information and artefacts recording the people, places, history and culture of Cornwall and the Isles of Scilly. Purcell has renovated the site of the former Rudruth Brewery – a collection of industrial buildings which had been developed at various times during a period of over 200 years but which had laid derelict since the brewery closed in 2004. Successive arson attacks in 2011 and 2013 had devastated the buildings’ interiors, reducing several of the structures to little more than debris-filled shells supported by temporary propping. Subsequently, the redevelopment of the site was enabled by funding from Cornwall Council and National Lottery Heritage Fund. 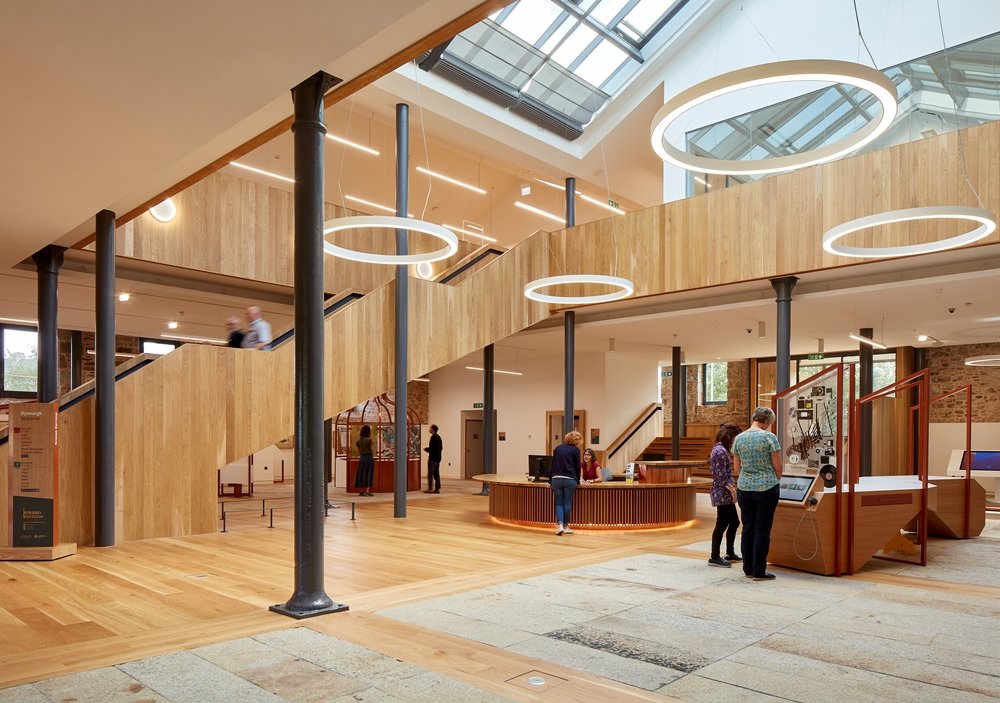 Purcell’s approach to the restoration and adaptation was influenced by the strong visual appeal of the historic fabric. The design team was particularly keen to retain the remaining structures and rejuvenate the interiors to provide exemplary spaces for contemporary exhibition and library use. A new two-storey environmentally-controlled archive store – comprising 14 miles of archive racking – has been added to the complex, externally clad in precast concrete panels, designed as a robust yet discrete counterpoint to the existing building.

Reaching a height of 33m (100ft), the 1930s tapered brick chimney has been retained at the heart of the new extension. The eroded pointing towards the top has been rectified and uplighters installed at roof level to illuminate the distinctive local landmark making it visible from the town and surrounding area by day and night.

A copper-clad addition projects beyond the confines of the original building and accommodates a dramatic display area at first floor level, as well as providing an external focal point close to the site entrance.

Purcell has reintroduced original features of the existing buildings, previously infilled openings have been reopened and fitted with new hardwood-framed windows and glazed screens. A number of original cast iron columns have been salvaged from the fire-torn building and incorporated in a new steel frame that supports the first floor and roof, providing lateral restraint to the historic walls. Modern render and plaster coverings have been successfully removed from the stonework, with original granite flagstones carefully lifted and re-laid within the new ground floor exhibition space. Brick gable walls at high level have also been reinstated, based on historic records.

The careful repair of historic fabric, combined with new, modern insertions, creates a new life to these characterful buildings while providing a valuable resource for the local community that can be accessed and enjoyed by visitors from Cornwall and beyond.

Architects appointed as Brunel Museum steams ahead with redevelopment plans

Covid-19 will change the heritage sector – now and post lockdown